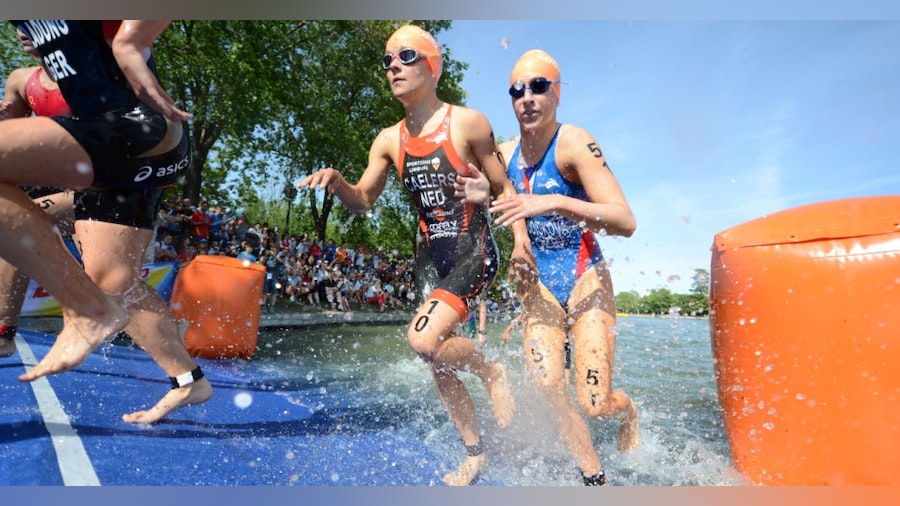 Two years after it started at Madrid in 2010, the ITU’s official Olympic qualification period has ended. While the official date is May 31st, the ITU World Triathlon Madrid races were the final chance to score points. Therefore, it’s time to look at the final Olympic simulation, and see just which countries and athletes have secured their places. While this may not be the final field, as individual National Federations (NFs) and National Olympic Committees (NOCs) determine how many and which athletes they send, this is a guide of which nations have qualified places according to the ITU’s Olympic Qualification list.

Elite Women’s Simulation
Switzerland’s Nicola Spirig finished the London 2012 ITU Olympic Qualification period in exactly the same way she started it two years ago, by topping the podium in Madrid. For the rest of the field, it wasn’t quite that simple. Over two years of the qualification process, there were thousands of miles travelled, trained and raced, as athletes chased points to qualify a place for their NOC.

However, while some athletes moved up or down in position, and NOCs did as well in the list of nations who can send the maximum of eight athletes, the overall number of places qualified by each NOC did not change from San Diego to Madrid. What did change was just who was in those spots.

Before Madrid, the battle for which two NOCs would fill places was a three-way race-off. Given where each NOC sits depends on their third athlete, Debbie Tanner had New Zealand sitting in seventh, Kathrin Muller had Germany sitting in eighth and Daniela Ryf was just outside the picture, but very much a chance to make the push up. By the end of Madrid, New Zealand and Germany were still there - but it was different women in those spots.

Anne Haug’s brilliant fourth place saw her gather enough points to move 15 places ahead in the Olympic list, and put Germany into sixth spot on the list of eight. Nicky Samuels’ 15th place meant she moved ahead of Tanner, and put New Zealand into seventh spot. Both women didn’t just secure the places for their country though, they claimed their own spot in London. Haug met Germany’s automatic Olympic qualification criteria - as did Svenja Bazlen - while Samuels locked in her own spot. She had been pre-selected for Triathlon New Zealand’s Olympic team, but it depended on whether or not New Zealand actually qualified three spots.

While Spain dropped down due to Marina Dalaimcourt‘s DNF, they still stayed in eighth. This means the eight countries that have qualified three women to London 2012 are: United States, Australia, Great Britain, Japan, France, Germany, New Zealand and Spain. Of those nations, some team members have already been pre-selected, the USA women’s team is Gwen Jorgensen, Sarah Groff and Laura Bennett, Germany now has Anja Dittmer, Bazlen and Haug, New Zealand has Andrea Hewitt, Kate McIlory and Samuels. While some other NOCs are yet to fill their final allocated spots, Helen Jenkins is in for Great Britain, Emma Moffatt for Australia and Ai Ueda for Japan. In the European New Flag position, Lisa Perterer held onto that place for Austria, while the only change the rankings was that Maaike Caelers dropped one place and Vendula Frintova moved up one. They are both still in the official Olympic simulation, giving the Netherlands and the Czech Republic two places respectively. The Africa New Flag place went to Mauritius’ Fabienne St Louis, Asian New Flag to Zhang Yi of China and the Americas New Flag to Ecuador’s Elizabeth Bravo.

Other athletes who have confirmed their selection for London include Ireland’s Aileen Morrison, Canada’s Paula Findlay, Mexico’s Claudia Rivas, and Spain’s Ainhoa Murua.

The rest of the field will start to be confirmed over the next few weeks, and will be finalised in the first few weeks of July. ITU confirms the final allocation of qualification places on July 2, and July 9 is the final date for entries to the London 2012 Organising Committee.