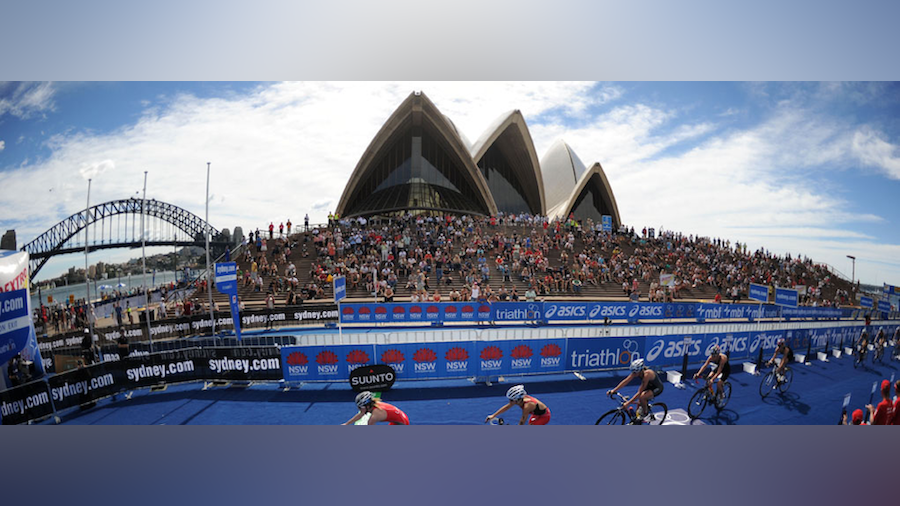 In the home straight of the London 2012 Olympics qualifying period, which officially closes on May 31st, we’ll take a look at the Olympics rankings simulator after every major race. This week it’s a chance to look into the results from the Le Morne ATU African Triathlon Championships, the Tateyama ASTC Asian Triathlon Championships, and preview Dextro Energy Triathlon Sydney this weekend.

First of all, in an Continential Championship update – Japan and South Africa have secured two spots each on the start line for London with their respective Asian and African Championship wins. In ITU’s two-fold qualification process, where athletes work to secure points for their National Olympic Committee and then meet their National Federations qualification criteria to fill those spots, each of the five Continental Championships has an important role to play. Each of the 10 winners, elite men’s and women’s across the five continents, secure one place for their NOC in London. South Africa’s Richard Murray and Gillian Sanders, and Japan’s Mariko Adachi and Yuichi Hosoda won those places for their respective National Olympic Committees. Now it’s up to Triathlon South Africa and the Japanese Triathlon Union to decide how those places are filled. But how did those results impact on the rest of the qualification process? We delve into the simulation here. The Asian Championships win for Japan didn’t change their chances dramatically, but Adachi’s win did move them down one place from second to third nation to qualify three athletes, behind Australia and the USA. Where a nation sits on this list depends on the position of their third athlete on the qualification list, and Adachi’s win meant that she took over the Asian continental place that Kiyomi Niwata had. Niwata is now the third Japanese athlete, but just below Australia’s Emma Snowsill, which moves Australia ahead. Speaking of Snowsill, this weekend’s Sydney race is the second last series race that will be considered in Triathlon Australia’s discretionary selection criteria for London, and therefore a good result would help her secure a chance to defend that Olympic gold.

Ahead of Sydney, the interesting points battle to watch for is Switzerland’s Daniela Ryf and Germany’s Kathrin Muller. Both are currently the third ranked athletes for their NOC, and Ryf just jumped ahead of Muller courtesy of a sixth placed finish in Mooloolaba. However, she is only 37 points ahead, or the difference between 15th and 17th place in Sydney. Ahead of Ryf and currently holding down third spot for New Zealand is Debbie Tanner. She is currently 155 points ahead of Ryf, but the same applies, she will need to do well to hold her and NZL’s place. Germany are in sixth place at the moment, courtesy of Svenja Bazlen, while Carole Peon has France in fifth and Liz Blatchford has Great Britain in fourth.

Also keep an eye on New Zealand’s female athletes who are yet to qualify for London, including Tanner, Kate McIlroy, Teresa Adam and Nicky Samuels. Being the first Kiwi over the line, as long as they finish in the top eight, will automatically secure a place in London. Andrea Hewitt has already qualified.

Men’s Olympic Qualification
The Continental Championships races had little effect on the overall men’s qualification process, both Murray and Hosoda defended their 2011 titles and were already their NOCs No.1 ranked athlete. While both furthered their own selection prospects, the overall picture did not change. But there is the potential for big movement in the men’s race in Sydney this weekend. In terms of which nations can send three athletes, the top four are almost locked up. Great Britain, Germany, France and Spain all have four athletes ranked within the top 31 athletes in the world, which means if even one was to fall out of form or suffer an injury, there is another fill their place and secure their NOC three spots. But below them, there are currently six nations fighting for the other four places that can qualify the maximum.

Given where each nation sits on the list is due to their third-placed athlete, currently Australia are in fifth thanks to Courtney Atkinson, New Zealand in sixth with Kris Gemmell as their third athlete, followed by Canada and Portugal with Simon Whitfield and Joao Pereira. But within striking distance are Russia and the USA, with Ivan Vasiliev and Manuel Huerta their respective third men. What makes it extra interesting is that Atkinson is not racing in Sydney. While Huerta’s points total would mean he would need a top-three finish to overtake Atkinson, the others are all within 400 points and a top-12 finish would put them ahead of Atkinson. While it’s unlikely he will drop in the points list dramatically, Australia’s chances to secure three men’s places could take a hit in Sydney. It’s also important to note that all three Canadian men are close in the current simulation, Kyle Jones at #31, Brent McMahon at #33 and Whitfield at #34. That puts pressure on all of them to do well to maintain three places.

But also keep an eye on New Zealand, because it isn’t just a points race for them - it’s the final automatic qualifying race for Triathlon New Zealand. It means the first New Zealander across the line, provided they finish in the top right, will qualify for London. No NZL male has yet qualified for London, and multiple Olympic medallist Bevan Docherty and Beijing Olympian Kris Gemmell will lead the charge here. Docherty is also a previous Sydney winner, he took the honours in the first race in 2010.