A look back at the thrilling women's 2012 Olympic race 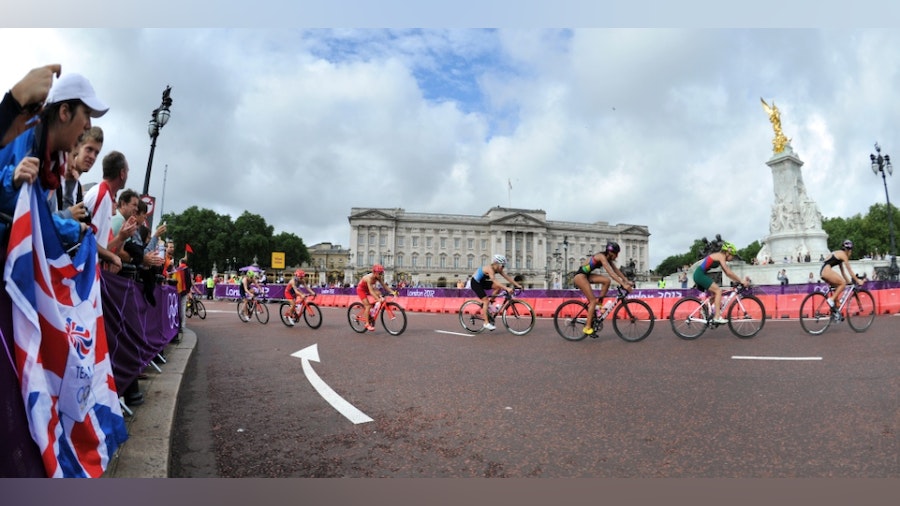 On the one year anniversary of the titillating women’s Olympic race, we take a look back at how it all went down in London town. As the fourth edition of the women’s triathlon competition at Olympics, was the closest medal race yet, with the gold and silver decided by a photo finish for the first time, but there was plenty more to talk about in one of the most intriguing races this year.

Talk of the town
The incredible photo finish between Nicola Spirig (SUI) and Lisa Norden (SWE) that decided the women’s triathlon competition has become quite the buzz around London town at the 2012 Olympic Games. After Spirig leaned in over the finish line just centimeters ahead of Norden, the pair have become the talk of the town, with their finish photo plastered on media outlets across the world. Erin Densham (AUS) was also brilliant in the race, running ahead of both Spirig and Norden the majority of the four-lap 10km run. The two-time Olympian took bronze, just two seconds back from gold medal position.

The Medal Count
Spirig’s gold medal was a first of many sorts. It was the first medal for Switzerland at the London 2012 Games, meaning it was also the country’s first gold medal. Additionally, it was the fourth medal Switzerland has ever won in triathlon Olympic history, making it the second-most decorated country in the sport. Norden’s medal is the first ever for Sweden in the sport of triathlon, and just the third medal for Sweden at the 2012 Olympic Games. All of the medals for Sweden have been silver to date in London.

Densham’s bronze medal was the fifth for Australia in the four cycles of triathlon in the Games. She joins compatriots Michellie Jones (2000), Loretta Harrop (2004), Emma Snowsill (2008), and Emma Moffatt (2008) as Aussie triathlon medallists, and Densham admitted was on her mind. “That did cross my mind at the end, there are four people here and we’ve won a medal at every Olympics, I thought, I have to get one,” Densham said. “But yeah, I got it.”

A numbers game
The women’s competition saw some triathlon superstitions crack, while others were reinforced. The first to fall was the good luck charm of wearing number 34. While the number seemed to medal at every Olympic Games with Olympic medallists Emma Snowsill, Susan Williams, and Magali Di Marco, the lucky run didn’t continue as Nicky Samuels (NZL) finished in 35th place. The streak of the fourth-place American stood strong when Sarah Groff (USA) glided into the fourth-place position. She joins the ranks of Joanna Zeiger and Laura Bennett who each finished fourth in the event in past Olymipcs.

Unfortunately for Helen Jenkins, the unlucky position as the Olympics test event winner proved to work against her on Saturday, as it has for every test event winner in history. Jenkins, a hometown hopeful, finished fifth. She said afterwards she had been battling a knee injury since the San Diego ITU World Triathlon Series race.

“I picked up an injury just after San Diego and you know I’ve dealt with it… and I’ve had an amazing team that have got me to the start line. I didn’t prepare as I would have liked, it wasn’t perfect, I did maybe 80 per cent of what I wanted too,” Jenkins said. “I just wasn’t sure what my form was heading into the run, I was in a great position until kind of 8k and the legs just came off a bit there. The crowd was just amazing, absolutely amazing, if they weren’t there I would have finished a bit further back. I got everything out of myself today.”

The New Kids in Town
For the first time ever, 39 National Olympic Committees (NOCs) were represented across the men’s and women’s competitions. That is three more than Beijing. In the women’s race, 55 women competed from 30 NOCs, with three new NOCs on the course. Elizabeth Bravo competed from Ecuador, along with Mateja Simic of Slovenia, and Fabienne St Louis of Mauritius. All three are alumni of the development programme Team ITU, as is silver medallist Norden, Barbara Riveros Diaz, Kate Roberts and Flora Duffy.

The wetsuit factor
Athletes consistently stated prior to the race that gold would be won on the run, but could be lost on the swim. This turned out to have some truth, as a pack of seven broke away for a minute lead, leaving almost 50 women to scramble on their bikes. One factor played an important part in the transition from swim to bike – the cold water.  While wetsuits can help some swimmers, it also adds the element of a slower and possibly tricky transition.

The first transition proved a pivotal point, as some major players in the swimming chase pack got out of transition quickly and immediately worked on chipping away at the lead pack. Meanwhile, some otherwise strong runners, such as Barbara Riveros Diaz (CHI) and Paula Findlay (CAN), were left behind early in the bike, diminishing their chances on running down competitors for a podium finish.

Start position was also an important element in the swim outcome. While many of the top ranked athletes chose their start positions on the south side of the pontoon, the quickest swimmers made it out of the water first from the north side of the podium. The top swim time of the day was no surprise, as Lucy Hall excited in 18:17 with a four-second lead, who smoked the competition from a left pontoon spot.

A slick course
Early morning rain also provided an unwelcome challenge for athletes as they pedalled through the seven-lap 43km bike course. An already technically challenging course that winded around hairpin turns and down narrow stretches, several athletes’ fates were sealed when they slid out on their bikes.

The first to go down was Pamela Oliveira (BRA) on the first lap of the bike course. At the time, Oliveira was riding in second place when the strong swimmer fell out of contention. Shortly thereafter, Beijing Olympic bronze medallist Emma Moffatt went down in the same spot, alongside of Annamaria Mazzetti (ITA). Zsofia Kovacs (HUN) also endured some road rash when she too fell to the pavement. The crash was the end of the race for Moffatt, while the others continued on.

The pair of New Zealanders Andrea Hewitt and Kate McIlroy both posted the top bike time of 1:05.26. They each had to pull themselves up from more than a minute deficit on the swim and both rode in the lead group of 22 bikers by the end of the course.

Murua was the first to be picked off followed by Groff and Hewitt. Groff appeared to be out of the race until midway through. Then she pulled within two seconds of leaders Spirig, Norden, Densham and Jenkins by the end of the third lap, putting herself back into medal contention on the final lap. Densham ran comfortably strong, continusously testing the ladies’ speed. But the final 200 metres was the true test, as Spirig and Norden unleashed fury in the final home stretch.

However, missing from the faceoff was Canada’s Paula Findlay. The Olympic rookie impressed the triathlon community in 2011 with three ITU World Championship Series wins. However, she had yet to race an Olympic distance since enduring a hip injury. After exiting the water five places from the bottom, the fiery runner didn’t stand a chance in catching up after failing to make up ground on the bike.