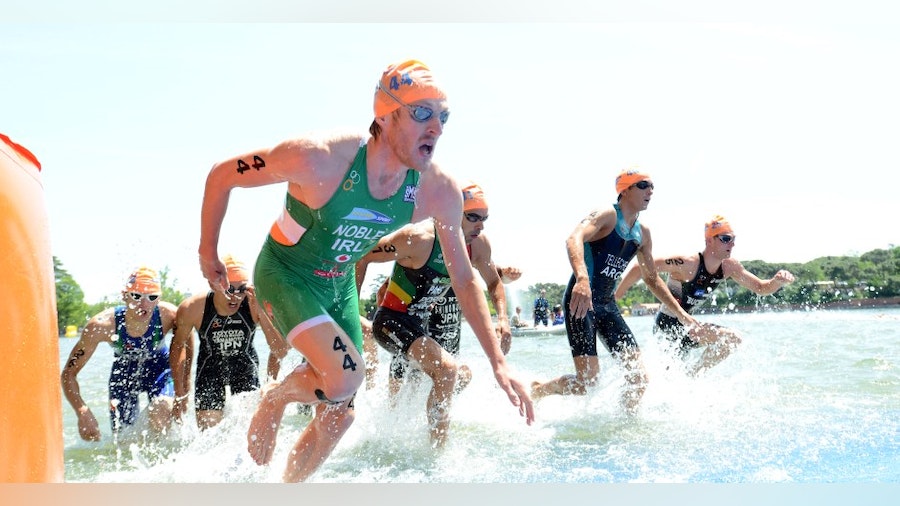 Two years after it started at Madrid in 2010, the ITU’s official Olympic qualification period has ended. While the official date is May 31st, the ITU World Triathlon Madrid race was the final chance to score points. Therefore, it’s time to look at the final Olympic simulation, and see just which countries and athletes have secured their places. While this may not be the final field, as individual National Federation (NFs) and National Olympic Committee (NOCs) determine how many and which athletes they send, this is a guide of which nations have qualified places according to the ITU’s Olympic Qualification list.

Elite Men’s Olympic Simulation
The men’s field had the potential for a huge shake up in Madrid, and that’s exactly what happened in a thrilling series of races within a race.

The final spot on the list of eight NOCs who can field the maximum came down to Canada’s Brent McMahon and Portugal’s Joao Pereira. And early on, it looked like McMahon would comfortably finish ahead and seal that place. McMahon found himself in the second chase pack and Pereira in the third, meaning there was likely to be a minute advantage to McMahon heading out of T2. Except that in the final lap of the bike, the two chase packs merged and the pair left T2 almost shoulder-to-shoulder. In the end, McMahon edged Pereira by just four places – which meant Canada claimed three places by a margin of 51 points. That’s about the difference between 13th and 17th in a World Cup.

But the close finishes weren’t finished there. In the race for the European New Flag Richard Varga seemed to have that secured for Slovakia as he stuck with the breakaway for the entire 40km. Coming out of T2 he had over two minutes on the rest of the field, and most importantly, his competition – Israel’s Dan Alterman. While Varga faded on the run, it was still enough to hold onto that position. The spot where there was the most change however was the Americas new flag, after a dramatic set of personal best races. Argentina’s Gonzalo Raul Tellechea had held this place before Madrid, but was also just a few points shy of making it onto the overall Olympic simulation. The person next in line to claim the Americas spot, Carlos Javier Quinchara Forero, was also close to the overall simulation spot – but it was going to take a career best effort to get him there, or rely on Tellechea to make it on. But if both those scenarios played out, it left Chile’s Felipe van de Wyngard with a small chance to make it in the new flag spot. Incredibly, that all happened, Forero outsprinted Laurent Vidal on the line to claim a career best 10th place and put himself on the list and Tellechea crossed the line just six places behind in 16th. That but both into the overall picture, and slotted Van Wyngard into the Americas new flag spot. Along with Canada and Germany, the other six NOCs to qualify the maximum of three men for London are Great Britain, Spain, France, Australia, New Zealand and Russia. Those already pre-selected include the entire New Zealand team of Ryan Sissons, Kris Gemmell and Bevan Docherty, Alistair Brownlee and Jonathan Brownlee for Great Britain, Simon Whitfield for Canada, Brad Kahlefeldt for Australia, Javier Gomez for Spain, and David Hauss and Laurent Vidal for France.

Others who secured their spots in Madrid were Ireland’s Gavin Noble, who will become the first male triathlete from Ireland to compete in the Games, Bermuda’s Tyler Butterfield, while Hunter Kemper (USA), Manuel Huerta (USA), Sven Riederer (SUI) and Crisanto Grajales (MEX) secured their places in San Diego. Costa Rica’s Leonardo Chacon has also earned his place, as has Japan’s Yuchi Hosoda and Brazil’s Reinaldo Colucci.

The rest of the field will start to be confirmed over the next few weeks, and will be finalised in the first few weeks of July. ITU confirms the final allocation of qualification places on July 2, and July 9 is the final date for entries to the London 2012 Organising Commitee.