Only select sport classes will be conducted at the 2016 Paralympic Games, which will be men’s PT1, PT2 and PT4 and women’s PT2, PT4 and PT5. Men’s PT1
Bill Chaffey (AUS) leads the men’s PT1 category as the most successful veteran of the athletes lining up, as he owns four World Championship titles. An avid age group triathlete that was injured while out training, Chaffey turned his love of the sport to paratriathlon, and has dominated the sport class ever since.

However, the division has grown extremely competitive with the likes of Phil Hogg (GBR), Geert Schipper (NED), Krige Schabort (USA) posting wins in PT1 the last several years. Add in Jetze Plat (NED), who will sit Rio out in favor of competing at UCI Paracycling Road World Championships as he attempts to qualify for Paralympics in both para-hand cycling and paratriathlon, and this sport class is loaded with talent.

Men’s PT2
Reigning World Champion Vasily Egorov (RUS) is the man to watch in PT2. Since beginning in the sport two year ago, he has lost just two races, both of whom were to Michele Ferrarin (ITA), who won’t race on Saturday. Egorov’s next threat comes from USA’s Mark Barr, who is a two-time World Paratiathlon Event winner. Like Barr, expect Stefan Loesler (GER), Tiago Matthes (BRA) and Andre Barbieri (BRA) to push for the podium.

Women’s PT2
One of the sport classes selected to debut at the Paralympics next year, women’s PT2 showcases a dazzling field of women. Melissa Stockwell (USA), a soldier who was injured in Iraq before qualifying for the 2008 Paralympics as a swimmer, has since turned her attention to paratriathlon. A new mother, the three-time World Champion recently returned to competing and has already scored a string of podium finishes this season.

Compatriot Hailey Danisewicz is strong in both the front and back end of the race and will likely challenge Stockwell for the top spot, as will Brazil’s own Yasmin Martins. At just 20 years old, Martins improvement is expected to continue onwards and upwards. Men’s PT4
Laced with talent, the men’s PT4 sport class showcases a depth that makes this race one you can’t miss. Two-time World Champion Martin Schulz (GER) is the dominant force to be reckoned with, having lost just one race in the last three years.

Behind him, the young Stefan Daniel (CAN) has a bright future. Last year, at just 17 years old, he scored silver in the World Championship race and announced himself as one to watch on the road to Rio. Paralympic skier turned paratriathlete, Yannick Bourseaux (FRA) has endured two injuries over the last year, but when he’s full strength, the Frenchman is dangerous. Likewise, Chris Hammer (USA) and Jairo Ruiz Lopez (ESP) will both impact the race with their speed.

Women’s PT4
Like PT2, women’s PT4 will line up in Rio next year with a superstar list of athlete. The Brits are strong in the sport class, having swept the podium at the 2014 World Championships. Last year, Paralympic swimmer Lauren Steadman ended compatriot Faye Mcclelland’s four-year World Championship winning streak when she scorched out the top performance for gold. Mcclelland followed with second while Clare Cunningham took bronze. While Cunningham won’t be lining up on August 1, you can be sure that her British teammates will be well represented on the podium.

Women’s PT5
Another sport class selected for the Rio Paralympics, women’s PT5 is an unpredictable race bound to excite. Great Britain are again strong with dynamite teams in Alison Patrick and Melissa Reid. Their European competitors Susana Rodriguez (ESP) and Joleen Hakker (NED) often challenge them, with the four flip flopping positions on the podium in European circuits. The standout athlete from the Pan American nations, look for Patricia Walsh (USA) to mix it up, as well.

PT3, Men’s PT5
Brazil will give the home crowd something to cheer for as they’re guaranteed the top three podium positions with the start list dominated by Brazilians Edson Dantas, Jorge Luis Fonseca and Roberto Carlos Silva in the men’s PT3 sport class. The Pan American Champion, Silva is expected to be the strongest of the men on Saturday.

The men’s PT5 sport class is wide open with Brandon Adame (USA), Jose Luis Garcia Serrano (ESP) and David Jones (RSA) the three lining up. Please note, there are no athletes in the women’s PT1 or PT3 sport class.

Start times
The paratriathlon races will take place on Saturday, August 1st with the first classes going off at 9:00am. Please see the links below for race start times in your timezone.

How to watch
Live timing will be offered for the paratriathlon races on triathlon.org/live. We will also offer play by play updates on twitter at @triathlonlive, as well as views of the race on Periscope at @worldtriathlon. While there will be no live broadcasts of the races, highlights will be included on the magazine show on August 13 on TriathlonLive.TV 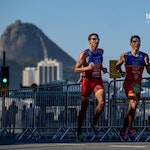 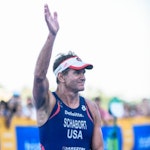 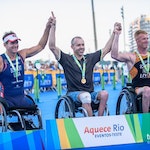 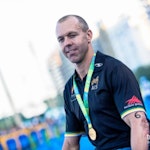 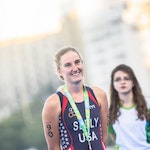 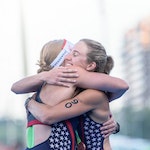 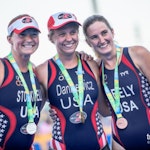 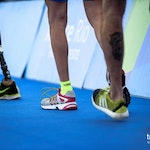 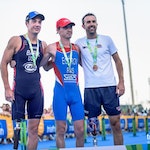 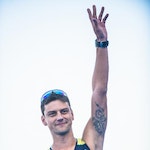 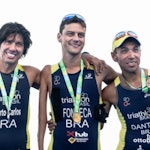 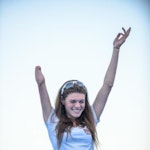