Overall Beijing preview: What to watch out for and why 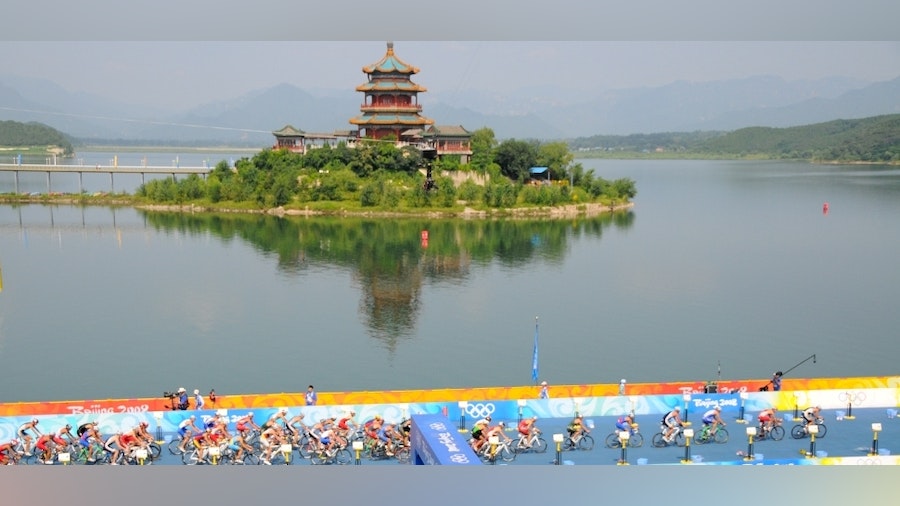 The event of the year is about to kick off, but just exactly what is going to happen when 2040 athletes from 65 different National Federations descend on Beijing for almost a week of multisport madness? We break it down in easy to read daily bites for you.

Wednesday 7 September
The first ITU World Championship of the week will be decided in the 2011 ITU Aquathlon Championships. Richard Varga (SVK) is back to defend the elite men’s title he won in the swim-run competition while a new women’s champion is set to be crowned. The course in Beijing is a 1000m swim and a 2.5km run.The Aquathlon races start in waves from 11am through to 2:30pm when the combined elite, Under23 and junior men start followed by the elite, junior and Under23 women who start at 2:35pm. The elite, junior and Under23 ceremonies will start from 3:45pm. But the aquathlon isn’t the only high-powered triathlon action happening in Beijing today, the ITU’s Executive Board also gets together for its first Grand Final week meeting.

Thursday 8 September
Even if you aren’t one of the National Federations actually attending the 24th annual ITU Congress, it’s something to be excited about as the host cities for the 2012 Dextro Energy Triathlon ITU World Championship Series will be announced (Auckland has already been confirmed as the 2012 Grand Final host) and the host city for the 2013 Grand Final. Thursday is also the official day where everyone is welcomed to Beijing, with the official event opening ceremony, parade of nations and for those who need to fill their stomachs before a big weekend – the pasta party! The opening ceremony starts at 6.30pm, followed by the pasta party at 7:15pm. Behind the scenes, the elite athletes and coaches will get their official briefing before the series finals. Age-group registration also opens on this day, and if you are an age-group manager, don’t forget to attend your manager’s briefing. Also if you head down to the course between 9am and 11am, expect to see the world’s best testing the waters and roads of the swim and bike in official course familisation sessions.

Friday 9 September
Remember the excitement of seeing triathlon in the Olympic Games for the first time in Sydney? Well for Paratriathlon that moment is now in sight as it has been officially accepted onto the programme for the Rio 2016 Paralympic Games. So why does this matter today? It’s the first paratriathlon world titles since that announcement, which means we are expecting a huge turn-out. So get down to the course from 3:45pm to see the crowning of the 2011 paratriathlon world champions. The other event of the day is equally exciting as the winners of the ITU Under23 championships have more than often gone on to stellar careers, so take a chance to see the next generation of stars in the men’s ITU U23 race. Need more proof? None other than Jonathan Brownlee won the title last year, this year he comes to the Grand Final as the No.2 ranked elite man. Watch this year’s U23 men from 12:30pm.

Saturday 10 September
It’s the day that the Brownlee brothers have been waiting for, to see if they can climb onto the podium together in the Dextro Energy Triathlon ITU World Championship Series Grand Final, Alistair Brownlee to possibly win his second ITU World Championship and Jonathan his first. Although, Javier Gomez is still likely to have a big say in that. With the junior women and Under23 women’s races on Saturday as well, it’s going to be a thrilling day of world championship racing. In the junior women, watch out for Youth Olympic Games medallists like Yuka Sato (JPN), Fanny Beisaron (ISR) and Lucy Hall (GBR) who has often led the elite women out of the swim, while Ashleigh Gentle (AUS) looks ripe to step up from winning the junior title in 2010 to the Under23 women’s in 2011.  But she will be pushed by 2009 Under23 world champ Hollie Avil and World Cup winner Yuliya Yelistratova (UKR). The junior women are first at 10:45am, followed by the elite men at 12:30pm and then the U23 women at 3:15pm. But it’s not all about the elite races as hundreds of age-group athletes tackle the sprint distance from 6:30am.

Sunday 11 September
First up on this day are the hundreds of age-group athletes tackling the Olympic distance, on the 2008 Beijing Olympic course. Once they wrap up it’s time for the elite women, and perhaps time for Helen Jenkins to claim her second ITU World Championship? Or will it be the first for Barbara Riveros Diaz or Paula Findlay? The good news for Great Britain is that Jenkins’ fate is in her hands, a podium finish will ensure her the world title and precious confidence ahead of the London 2012 Olympic Games. Last, but not least, is the junior men’s final where Youth Olympic medallists like Aaron Barclay (NZL) and Alois Knabl (AUT) will battle for the title over a sprint distance. One athlete who will not be there is the Youth Olympic Games individual silver medallist Kevin McDowell (USA), who is undergoing treatment for hodgkin’s lymphoma. Instead watch out for his compatriot Lukas Verzbicas (USA), who finished fourth in the junior men’s race in Budapest last year and put on hold a promising athletics career to try and win the gold that he said he knew McDowell would have won. The Olympic distance age-group races start from 6:30am, then the elite women at 1:30pm and the junior men wrap up the action at 4:15pm. The closing ceremony and age-group medal ceremonies then cap off a brilliant few days of action from 7:30pm.

So how do you follow all this action? Make sure you stay tuned to www.triathlon.org, our facebook page and twitter, @triathlonlive and @ituonline for all the latest action, and the elite men’s and women’s races live on www.triathlonlive.tv.

Check out the full schedule here