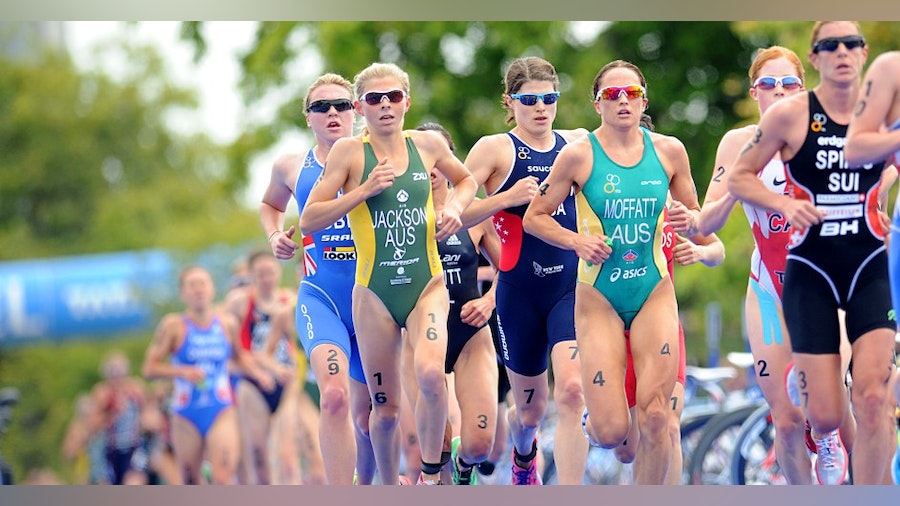 The triathlon competition at the Olympics has produced its fair share of surprises in its first three appearances, and it could happen again in 2012. While there are some notable favourites in the women’s triathlon event London, like dual ITU world champions Helen Jenkins (GBR) and Emma Moffatt (AUS), two-time 2012 ITU World Triathlon Series race winners Erin Densham (AUS) and Nicola Spirig (SUI) and consistently brilliant Andrea Hewitt (NZL), the women’s field is interesting in just how many women could stand on top of the Olympic podium.

One thing for sure is the 1.5km swim in the Serpentine is crucial to the way the race plays out. Germany’s Anne Haug said, “I think the London race will be a very very fast swim, maybe the fastest swim we’ve ever had,” and Densham also said it could be a deciding factor.

“The swim is going to play a big role,” Densham said. “They have said before you can’t win the race in the swim but you can definitely lose it.  Honestly there is no knowing how it’s going to go but it’s going to be hard and fast.” The start will be from a pontoon on the north side of the Serpentine and athletes will dive in for one long 1.5km lap. Expect Great Britain’s Lucy Hall, one of the sport’s best swimmers, to set the pace and Jenkins, Hewitt and Densham to follow closely behind her as they have done for the past six months. Other strong swimmers who can be expected to be in the lead group include USA’s Laura Bennett and Sarah Groff, Great Britain’s Vicky Holland, France’s Jessica Harrison and Brazil’s Pamela Oliveira.

Another important element to watch is where Spirig and her Swiss teammate Daniela Ryf will come out of the water. While Spirig is one of the major medal contenders, she isn’t known for her swimming ability. If she does exit the swim in the second or third pack though, she has the ability to not only drag herself but everyone else up with her and Ryf is also a powerful cyclist.

The athletes then hit the seven-lap bike leg, which is slightly longer than the regular Olympic distance at 43km, which is flat and technical. In last year’s London event a lead group of 34 athletes were eventually caught before T2, but a bike breakaway can’t be discounted given the men’s race last year where one did stick.

If the race comes down to the four-lap technical 10km run, expect strong runners like Gwen Jorgensen (USA), Anja Dittmer (GER), Emma Jackson (AUS), Barbara Riveros Diaz (CHI), Lisa Norden (SWE), Aileen Morrison (IRL), Rachel Klamer (NED), Ainhoa Murua (ESP), Ai Ueda (JPN), Juri Ude (JPN) and Anne Haug (GER) to come into calculations. Jorgensen clocked the fastest run split in last year’s London race and finished second overall, while Dittmer turned on her killer sprint to finish third. Jackson finished fourth overall and was just the third woman to run under 34 minutes on the course. Paula Findlay (CAN) also can’t be discounted, while she has yet to compete an ITU race in 2012 due to injury, she is the equal most successful woman in ITU World Triathlon Series history, with five titles to her name and a killer run.

But most importantly every athlete will be going into the race knowing they have a chance. While the field contains only two ITU World Champions, in Jenkins and Moffatt, there are seven other women who have won multiple ITU World Triathlon Series titles and even more ITU World Cup winners.

New Zealand’s Kate McIlroy, who qualified for the Beijing 2008 Olympic Games as a steeplechaser before injury meant she couldn’t compete, said she couldn’t narrow it done to even a few main contenders in the women’s race. “It’s funny, the women’s race seems at the moment there is probably 25 girls that could win it on the day,” McIlroy said. “There is no obvious Brownlee in our field, I think it’s just going to be who has the freshest legs off the bike, and honestly, it’s a massive mixed bag, I just don’t know.”

South Africa’s Kate Roberts said that she, and everyone else in the field, will start thinking that they can medal.

“Everyone that goes there has to believe that they have the potential to medal,” Roberts said. “I’m definitely not one of the favourites and maybe that plays into my hands, maybe it doesn’t but you have to go there with the attitude that you can medal. I can assure you Kate Allen and Brigitte McMahon went into those Olympics and they certainly weren’t the favourites and they didn’t think they were going to win gold but they went in there and on the day, it was their day and everything fell into place and they won gold. Anything can happen, You just have to make the most of it when opportunity comes, and go for it. I think that’s the beauty of the Olympics, it only comes every four years.”

The Women’s Triathlon Competition at the London 2012 Games gets underway at 9am (local time) on Saturday August 4. Check listings with your national Olympic broadcasters for broadcast times. There will not be a live stream or live timing available from ITU, but live text updates will be available through triathlon.org/live and on Twitter, through @ITUonline and @triathlonlive