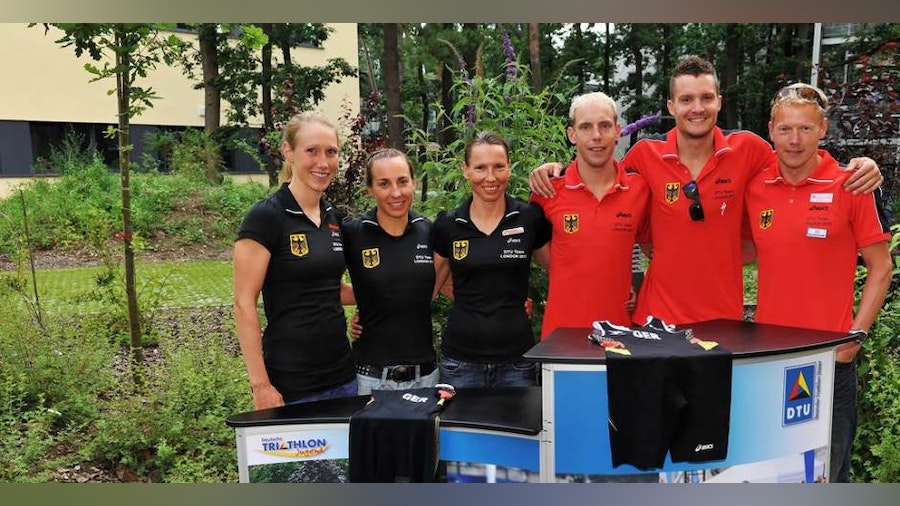 It is Frodeno’s second Olympics, after he surprised the field to record his first ITU win and claim the Olympic gold medal at the triathlon event at the Beijing 2008 Olympic Games. It will be the second Olympic Games for Petzold, who finished 19th at the 2004 Athens Olympics, and the first for Justus.

Dittmer will enter the exclusive club of triathletes who have competed at four consecutive Olympic Games. Just three have qualified for the London 2012 Olympics, and Dittmer is the only woman alongside Canada’s Simon Whitfield and the USA’s Hunter Kemper. She was also the first from the trio to qualify for her fourth consecutive Games, when she sprinted onto the podium at the 2011 ITU World Triathlon London to meet the German Triathlon Union’s automatic qualification criteria.

Dittmer is joined by two athletes making their Olympic debut in Bazlen and Haug. They were the two highest ranked Germans in the Olympic qualifying rankings once the official period ended on May 31, and both automatically secured their spots with their races at the 2012 ITU World Triathlon Madrid. Haug ran through the field to finish fourth, her best WTS result, while Bazlen finished 12th.