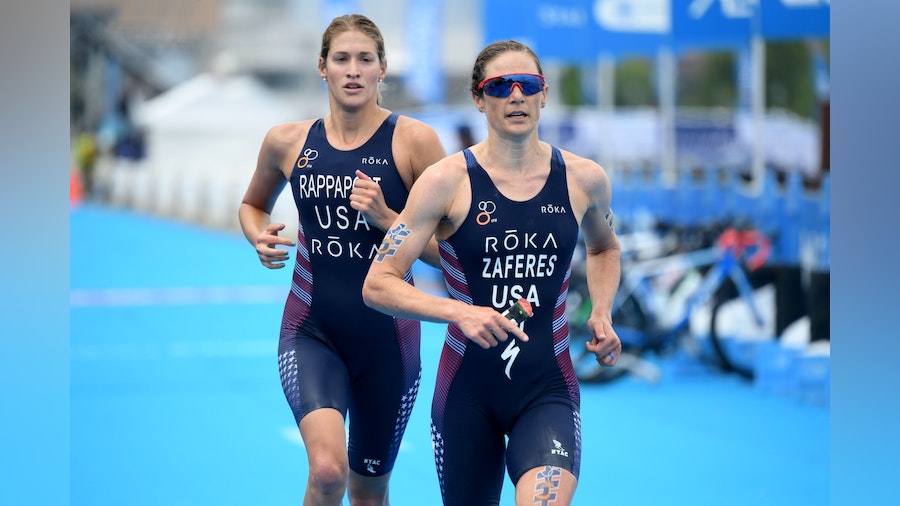 Three very different racing styles, three serious medal contenders, the USA’s Taylor Knibb, Katie Zaferes and Summer Rappaport will all be heading to Tokyo knowing they have the potential to deliver an individual Olympic medal on 27 July. And two of them can do likewise in the Mixed Relay.

When she became World Champion in 2019, Zaferes found herself in the position of being one of the favourites for a medal in Tokyo but one who had yet to qualify. A crash at the Test Event had closed that particular window, while securing a top-8 finish on the Olympic course saw Rappaport become the first name on the USA’s Tokyo teamsheet.

“The Qualification Period has certainly not been as straightforward as I would have thought,” admitted Zaferes in an interview from her training base in France. “I was feeling really good after the 2019 season and ready to go for the Olympics even though I hadn’t qualified yet. Then Covid hit and my father passed away and everything got a little more complicated. Now I have been selected I feel super relieved, excited and a bit nervous, but looking forward to using everything I learned in Rio and bringing it in to Tokyo.”

The second automatic qualification window for the Americans was also the first World Triathlon Championship Series action of 2021: WTCS Yokohama. This time, it was Taylor Knibb who took the race by storm, smashing the bike segment along with Maya Kingma (NED) and holding on for a brilliant first Series gold, delivering a major statement to the Olympic field she joined in the process.

Next to cross the line to take a second successive silver in Yokohama with the fastest run split by 30 seconds, was Rappaport. Add in her two gold medals at the Miyazaki World Cup in 2017 and 2018, and there can be little doubt that racing in Japan holds some special magic for the 29-year-old (who turns 30 two days before the women’s race). Could that be the extra edge and confidence she needs to conquer the Olympic podium?

Rappaport’s renowned swim will surely see her looking to stretch out the field in the water, the likes of Zaferes also keen to keep the breakaway threat of Knibb, Kingma, Nicola Spirig and Flora Duffy at bay for as long as possible on the bike. Spirig heads into an unprecedented fifth Olympic Games, while of the three Americans, Zaferes is the only one with past experience having finished 18th at Rio 2016, something she hopes will help her maintain focus on the day.

“These Games will be a lot different. Going into the first one was nervous, it was at the end of the Olympics so I was solely focussed on the race and then when it was over I was a bit disappointed and the Olympics was just done. This time I want to take in a bit more of the experience and really focus on my strengths and what got me selected. I get a lot of confidence through my preparation so for me every time I see a course or the more I know the better I do.  Having done the Tokyo Test Event and then Yokohama too in the Covid conditions I think is all very beneficial.”

As for her rivals on the start line, she is aware not only of her US teammates’ ability, but that of so many of the athletes toeing the line with every chance of hitting the podium.

“It’s always really hard to determine what will happen in an Olympic race, unexpected things happen. I’d guess Nicola Spirig is likely to be at the top of her game, Maya Kingma has been doing super well, Jess Learmonth, Flora Duffy. You can expect everyone to be really prepared and it is such a strong field you don’t know who will be on the podium.”