The battle for the best winter triathletes of 2012 takes another step up this weekend in Italy, at the 2012 Valsesia ETU Winter Triathlon European Championships.

A full weekend of competition is scheduled with the Elite, U23, Junior and Age-Group races and it promises to be an exciting weekend and the start lists have brought together the big names of Winter Triathlon in a shootout for the title.

“The tracks will be totally different compared to Oberstaufen, running and cycling will be mainly on the snow and I like it so much. The level of the European Championships is the highest in the sport and I hope to be on the podium.”

The Women’s Elite field also lives up to the billing. Borghild Løvset (NOR) is the reigning European Champion (and World Champion) and she is eager to defend her title after a stunning maiden season last year. She said: “I am looking forward to going to Italy and the European Championships. I feel the pressure, but I am trying to not think about it. I have to do my best and in the end, the best woman will win anyway.”

Løvset has seen limited international competition this year but her record in the European events is formidable; four races, four wins and two titles.

She said: “This year I have only competed in the Norwegian Championships. I haven’t gone to the other European Cups because it hasn’t fit in to my schedule. But my goals are to defend the titles from last year, and get a medal in the mix relay.”

Last year, Valsesia hosted a European Cup and the step up has been made to European Championship level. President Philip Schädler said: “My thanks to the Italian Triathlon Federation and the LOC with Marco Zaffaroni for organising the 2012 Winter triathlon European Championships at a place called Carcoforo in the remote valley of Valsesia in the Piemont region about 140km north-west from Milano.

“I am sure that the strong Italian Winter Triathlon National Team, under the guidance of Marco Bethaz, will try everything to win a gold medal on home soil,” he said. “We selected very experienced LOC and well known races to make the Winter Series as attractive as possible and combined them with National Championships the last two years. Still, we would like to see more international participation and I can only encourage National Federations to support the Winter Triathlon, a fascinating and challenging sport.”

Along with the Elites and U23 athletes, there are over 70 age-group athletes competing from Category 16-19, to Reinhold Walter (GER) in the 75-79 Male Category. Gabriella Lorenzi of the Italian Triathlon Federation reported that the region has been having some very sunny and warm weather this week. There is still snow, but the schedule of events has been revised slightly to minimise any risks. A revised schedule of events and activities can be found here.

The 2012 Valsesia ETU Winter Triathlon European Championships will be decided over an 8km two-lap run, a 12km two-lap mountain bike leg, following by a 10km ski - all on snow. The Elite and Under23 Men’s race starts at 10am (local time) on Saturday March 3, with the Elite and Under23 women starting five minutes later at 10.05am. Full results will be available on etu.triathlon.org after the race.

With files from ETU. 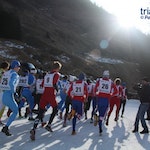 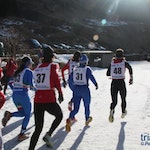 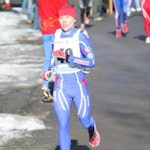 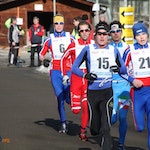 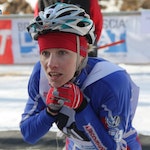 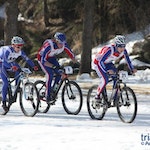 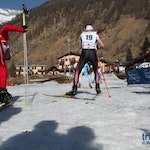 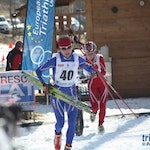 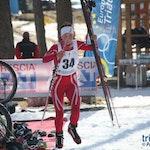 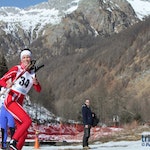 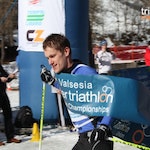 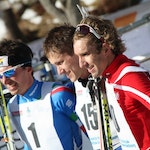