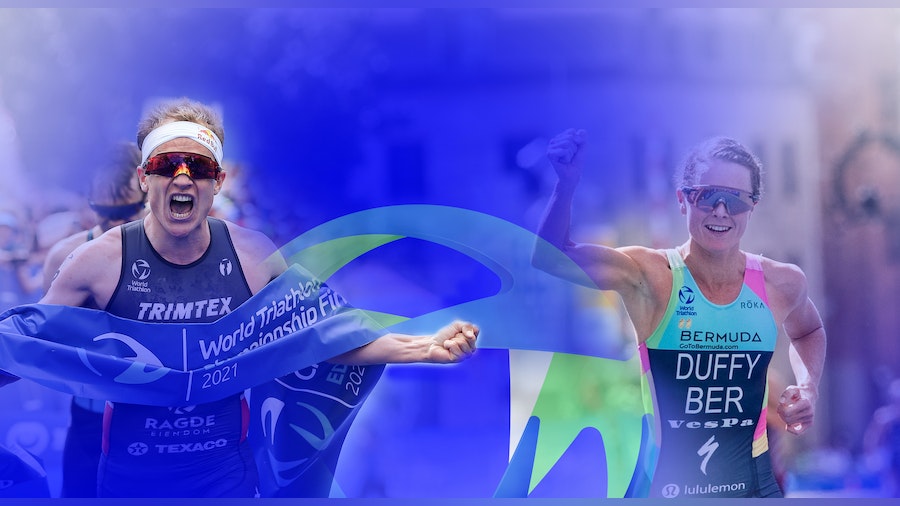 It began in the bubble of Yokohama, moved on to a new-look Leeds course and ended in a Canadian double-header with a brand new format unveiled in Montreal and a classic one-day Series Finals in Edmonton. Add in the points earned at a certain Olympic-sized event by the name of Tokyo 2020, and the 2021 World Triathlon Championship Series sure earned the title of the Season Like No Other.

From the added demands on the host LOCs, the logistics and, of course, the athletes charged with delivering world-class performances, the challenges were many. Once again, the way they were overcome served to underline the unity of the World Triathlon community.

In a fitting finale, triathlon history was to be made not just once but twice, as both of Tokyo’s Olympic Champions went on to also become World Champions in the same year for the very first time. Here’s how it all happened and, as ever, you can watch every moment back as it happened over on TriathlonLive.tv.

—
WTCS YOKOHAMA
The Series got up and running in May with WTCS Yokohama, where it was a dream return to the blue carpet for USA’s Taylor Knibb. The American delivered a timeless performance to win the gold and guarantee herself a place on the Olympic start line, while in the men’s race it was Kristian Blummenfelt who rose to the occasion in ominous fashion for his nearest title rivals, a hugely impressive run earning the Norwegian a precious gold.

It was a devastating bike display by Knibb and Maya Kingma (NED) that dictated the women’s race, the pair putting in a huge margin on the rest of the field, USA’s Summer Rappaport eventually catching the rising Netherlands star to take silver but Kingma showing her huge potential for a big year ahead with a first WTCS medal.

The men’s race had seen Blummenfelt and Jelle Geens (BEL) locked together for much of the 10km run before the Norwegian pulled away decisively, while behind them Morgan Pearson (USA) picked his way through the field for an emotional first WTCS medal, bronze guaranteeing his spot on the Tokyo 2020 Olympic start line.

“I wasn’t really thinking about Tokyo, I just wanted to get to that finish line. Maya was so good on the technical sections of the bike, I just wanted to pay attention to that and push on the sections where the group was slower.” – TAYLOR KNIBB

“It felt good to be racing again, there were some nerves on the start line up against those guys, but it was a great result here in Yokohama. Starting an Olympic year with a good performance is great, but this is the soft test for what will be tougher conditions coming up in the summer.” – KRISTIAN BLUMMENFELT

—
WTCS LEEDS
There was a new look to the 2021 WTCS Leeds with all the action moved away from the city centre to Roundhay Park, where not just the Waterloo Lake swim would now take place but also the 40km bike and 10km run, all finishing up with a steep final blue-carpet climb to the tape.

It was Great Britain’s Alex Yee who had the local fans in the palm of his hand, eventually coasting to a first WTCS gold after a magnificent 10km run. With the swim staying condensed and the bike pack large, the stage was set for Yee to strike, while in the women’s race, Maya Kingma was crowned Queen of the North of England, another new face topping the podium as the Dutch star continued her quite brilliant start to the year.

Behind Yee, Morgan Pearson had another fine race to finish second, the bronze going to Belgium’s Marten van Riel. It was another lightening run of 29m46 that brought victory for the young Brit and, coupled with a DSQ for Alistair Brownlee, effectively sealed Yee’s place on the plane to Tokyo 2020.

For Kingma, being able to form an agile bike breakaway with British buddies Jessica Learmonth and Sophie Coldwell was the ideal scenario right out of T1, Flora Duffy unable to haul the chase pack close enough to shut the gap sufficiently to challenge for the medals despite the fastest run of the day as Learmonth scooped silver and a delighted Coldwell a first Series bronze.

“That was very special. It is the first time that I’ve seen so many people on the street, and it was just amazing to be able to deliver in front of all of them. These results are a team effort. For me to finish fourth in Yokohama was a bit of a disappointment, but after the race I spoke with the team to see what we needed to work on and I think that this shows the progression I’ve made in the last weeks.” – ALEX YEE

“I can’t believe it! I had a very good swim, even though I was on the other side of the pontoon. I tried not to think about what could happen, but it was just all according to my plan, just like Yokohama. We just pushed and pushed. On the run I told myself that I had to try to leave Jess behind in the last kilometre on the downhill… I tried and it worked.” – MAYA KINGMA

—
WTCS MONTREAL
Two days, six super-sprint races, only one outright winner: the World Triathlon Championship Series Montreal took in a brand new, high octane format in 2021, the course trimmed back to a 300m swim, 3-lap/7.2km bike and 2-lap/2km run over two days. The Friday saw two men’s and two women’s qualification races from each of which 10 athletes would progress, along with a further 10 from the subsequent repechage.

Those 30 went on to the Saturday final round, in which three quickfire, back-to-back super-sprints would decide the champions: the final 10 finishers cut after the first, the same number after the second, leaving 10 athletes to battle it out for gold.

And it was only a matter of weeks after her Olympic triumph in Tokyo that Flora Duffy continued her journey into triathlon immortality as she powered to the women’s gold ahead of the USA Taylors Knibb and Spivey. Knibb had been unstoppable throughout the earlier rounds, but Duffy saved her best for last, hanging on to Knibb’s relentless bike power before one last run to the tape.

In the men’s race, it was to be a fittingly French podium sweep, led by Dorian Coninx who emerged first out of an almighty charge for the line shoulder-to-shoulder with Vincent Luis, Leo Bergere completing the red, white and blue swarm down the blue carpet.

“It was incredibly brutal but it was really nice to do something different. For me and where I am at with my career, to do something new that makes me nervous and unsure is quite nice and kept things interesting and exciting. As the rounds went on I started to feel better and better… I haven’t done much since the Olympics so that opened my body up and today I felt pretty strong and tried to be as tactical as possible in the first few rounds.” – FLORA DUFFY

“It was a very hard weekend. I like when it’s fast, I like this racing. It’s very nice to be on the podium with Vincent and Leo, all French. It’s a good feeling. I knew before racing that 2km running is good for me but, you know, three times is much different to once! When Leo passed me I thought, ‘this is going to be tough’, but then it flattened a bit so I could catch his feet.” – DORIAN CONINX

—
WORLD TRIATHLON CHAMPIONSHIP FINALS EDMONTON
It had already been a season like no other when the athletes finally landed in Edmonton, ready for one last dance that would decide who would be leaving Canada with the 2021 World titles. It was a familiar Olympic-distance challenge that stood between the two Olympic Champions Flora Duffy and Kristian Blummenfelt and triathlon history – could either of them become the first ever triathletes to be crowned Olympic and World Champions in the same year?

Blummenfelt knew that, with only 39 points between himself and Alex Yee at the top of the Maurice Lacroix Rankings, whoever finished ahead of the other was almost certain to take the title, unless both were way off the pace and Marten Van Riel was able to scoop gold.

For Duffy, Montreal magic had left her with a more comfortable margin to second-placed Taylor Spivey and Maya Kingma, the young Dutch star just 9 points behind the American. As it happened, history was to be written not once but twice, as the two stars of the Tokyo show once again proved why they are the king and queen of triathlon in 2021.

With his main challenger for the title a good 90 seconds back off the bike, Blummenfelt stayed patient for 8km of the run then timed his final short-distance surge to perfection, just as he had in Tokyo, Van Riel and Leo Bergere (FRA) ensuring a grandstand finish as the three summoned an almighty sprint for the line, Blummenfelt roaring in celebration at the tape, the Belgian taking silver by a whisker.

And it was history and a record-equalling third title for Duffy. Bronze in Edmonton behind flying solo cycle star Taylor Knibb and France’s WTCS podium debutant Leonie Periault underlined the Bermudian’s place among the very best the sport has ever seen.

“That was a very hard race. I had a pretty mediocre swim and had some ground to make up and I knew I had to try and get close before Taylor got off the front. Once she attacked she was gone, that was such a great performance from her today and as soon as she was gone it became more of a defensive race for me and the purpose was to win the world title and not to win the gold, although that would have been nice. I can definitely say it is hard to win the Series after the Olympics! The new blood is definitely here and they’re on fire, it was great to see Leonie on the podium and Taylor is so strong and has so much talent.” – FLORA DUFFY

“It has been a really good year, I must say. Before this season I was calculating I was getting old and I had no titles. Now I’m Olympic Champion and World Champion! When I saw Alex Yee was in the second pack I thought I’d just drive the train on and not let Marten get away. That was the focus, but Marten was so strong on the run as well and I didn’t think I’d take the win. I just tried to pick up the pace and make sure there were never three places between me and Marten to guarantee the title.” – KRISTIAN BLUMMENFELT