Highlights of the 2012 Grand Final Auckland Women U23

In tough conditions on a challenging course, Great Britain’s Non Stanford grinded out her most impressive performance to date to claim the 2012 ITU Under23 World Championship in Auckland on Saturday.

After going toe-to-toe for almost the entire 10km run, Stanford pulled away from the Netherlands Sarissa De Vries with a few hundred metres to go to win in a time of 2 hours 13 minutes and 6 seconds, just eight seconds ahead of De Vries, and permanently add Auckland to her favourite destinations list.

“What a great city,” Stanford said. “I always judge a city by how well I do so Auckland is definitely up there now as one of my favourite cities in the world.”

Canada’s Joanna Brown was a clear bronze medal winner, although she was almost a minute behind De Vries she ran solo for almost the entire run leg, well clear of the rest of the field.

The race kicked off Saturday’s action in Auckland and a chilly start greeted the Under23 women, with an official air temperature of 13.2 degrees and a wetsuit swim with a water temperature of 14.6 degrees.

With strong swimmers like Lucy Hall, Caroline Routier, Claudia Rivas and Celine Schaerer in the field, the swim pace was fast and they formed a small breakaway out of T1 along with Sara Vilic. But Australia’s Ashlee Bailie quickly turned it on at the start of the bike and helped bring Simone Ackermann, Natalie Van Coevorden, Ellen Pennock, Stanford, De Vries, Brown with her to the leaders.

That group of 12 then stayed together at the front, as the chase started to slip away behind them. While pre-race favourites Maaike Caelers and Emmie Charayron were working to try and keep themselves in the race and kept the time gap steady at two minutes, they lost 30 seconds on the penultimate lap which put them out of podium contention.

Up ahead Stanford and De Vries positioned themselves well from T2 and shot off the front immediately, where they stayed for the final kilometre. In a battle of nerves, Stanford took the lead but had a persistent De Vries on her shoulder almost the entire time. Stanford said she couldn’t quite believe it when she didn’t see the chase pack behind her.

“It was a quality field out there, it was a really tough field out there, with some really strong runners,” she said. “I really struggled on the first few laps of the bike but I managed to get myself back in into that front group and we kept just putting time into the pack. I couldn’t believe it because that’s where some of the really strong women were.

“Then I got on the run and just thought keep it steady and look out for those girls coming from behind but they never came so I just kept my head down and kept pushing on. I eventually broke though, but it was really tough, she held on really well.”

De Vries silver continued on a strong year for the Dutch women’s team, with Caelers two series podiums and Rachel Klamer‘s continued move up the elite latter. De Vries was thrilled with her result, after going into the race aiming for a top ten finish.

“It was a bit unexpected, I just wanted to finish the season with a good result, and I thought top ten I would be really happy,” she said. “So I just went out there and gave it my all. On the run, I thought there were some really good runners in our group, but then it was just Non and I together and Non was just so strong, so I just took it lap by lap and in the end she just put on another gear and I just couldn’t go with her anymore.”

It was the second ITU world title for Stanford this year, she was also part of Great Britain’s gold medal winning Mixed Relay team in Stockholm.

Caelers recorded the fastest run split of the race to finish tenth. 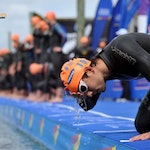 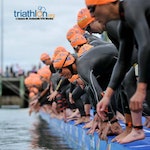 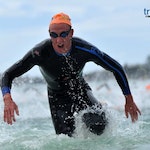 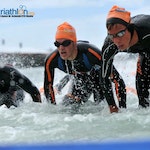 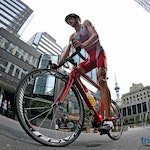 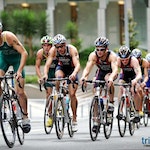 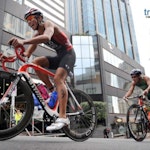 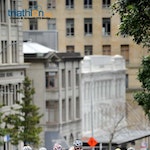 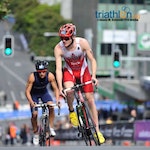 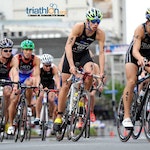 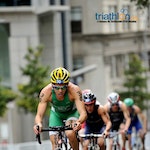 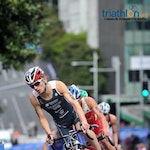