Full fields ready to battle it out at Tiszaujvaros World Cup

Tiszaujvaros, or “Tiszy” as it’s affectionately known in the triathlon world, is something of an World Cup institution. It’s been on the calendar every year since 1997, making it the second longest World Cup in ITU history.

With London just last weekend and most of the world’s top ITU athletes competing there, both fields in Hungary are full of up and coming talent aiming for what could be their first World Cup win. That’s what happened here last year when Yuliya Yelistratova (UKR) and Reinaldo Colucci (BRA) broke through for their debut cup wins. What’s for sure is that it will be exciting racing, with full fields of 75 for both the men’s and women’s races this Sunday.

Elite Women’s Preview
The three major contenders here, Ukraine’s Yuliya Yelistratova (formerly Sapunova), Ireland’s Aileen Morrison (IRI) and Vendula Frintova (CZE), all raced in London last weekend so plenty will depend on how they recover and turn around for Tiszaujvaros. But all certainly have the credentials to challenge. Yelistratova is the defending champion here in Tiszaujvaros - an event that has a history of repeat wins. A total of six athletes have gone on to win it twice in a row, including Loretta Harrop, who actually won three in a row between 1998 and 2000. Morrison became the first triathlete from Ireland to medal in a major triathlon event when she claimed bronze in Hamburg last year and already has a World Cup podium in 2011, in Ishigaki. Frintova has made the podium at several events in 2011, including silver in the 2011 European Championships, but hasn’t yet won an ITU race in 2011. She’s recorded at least one win each year from 2008, 2009 and 2010, so perhaps this is her 2011 chance for victory.

The other athlete who just raced in London but as great form is Gwen Jorgensen (USA). Just last week she was an up and coming USA talent, with dangerous run speed and plenty of potential. In London she showed she is more than capable of achieving it, with a silver medal in just her third Dextro Energy Triathlon ITU World Championship Series race which secured her qualification for the London 2012 Olympics.

But those who did compete in London will be fighting off the fresh legs of Edmonton World Cup medallists Mateja Simic (SLO) and Lisa Perterer (AUT), and Australia’s Felicity Sheedy-Ryan. She is coming off two race wins, an ITU Premium European Cup in Banyoles and a European Cup in Geneva. The home team fields six Hungarians racing at home: Zsofia Toth, Margit Vanet, Zsofia Kovac, Szandra Szalay, Eszter Dudas and Zsofia Forro.

Others to watch include the inaugural crop of Singapore Youth Olympic Games medallists who are making their way onto the elite stage. Ellie Salthouse (AUS) won individual silver in Singapore and finished 17th in last month’s Edmonton World Cup, while Fanny Beisaron (ISR) was part of the European team that claimed Team Triathlon gold in Singapore.  She finished 24th in Edmonton.

There are several men who deserve to be considered as podium chances in this race and almost all of the top-10 ranked athletes in Tiszaujvaros raced in London last weekend. The best placed of them there was Joao Pereira (POR) who finished 15th. Spain’s three-time Olympian Ivan Rana was part of the leading bike breakaway in London, but ended-up finishing 21st. Manuel Huerta was the top placed American in 25th. Other contenders who tested themselves in London and will back up are Leonardo Chacon (CRC) and Danylo Sapunov (UKR). Keep an eye on Reto Hug (SUI), the three-time Olympian didn’t race in London but finished eighth in Hamburg. Particularly because it has been a year for the ITU’s more experienced men to win World Cup events, Hunter Kemper in Ishigaki and then Bevan Docherty in Edmonton. France’s Aurelien Lescure is also coming off a silver medal in Edmonton.

Africa is well represented with a contingent that includes the new men’s African champion Richard Murray (RSA), Zimbabwe’s Christopher Felgate, Medhi Essadiq (MAR) and Namibia’s Abrahm Louw, who is making his World Cup debut in Tiszaujvaros. Louw finished fifth in the individual men’s race at the Singapore Youth Olympic Games, then won the Under23 African championship this year, his first Olympic distance race. Louw then won silver in his second Olympic distance race, an Asian Cup in Singapore.

The 2011 Tiszaujvaros ITU Triathlon World Cup gets underway when the women’s race starts at 10:30am (local time) on Sunday 14 August, followed by the men’s race at 1:30pm. Follow every movement live with live timing and text updates, at www.triathlon.org/live.  Or Follow on Twitter at twitter.com/triathlonlive. 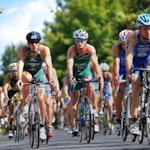 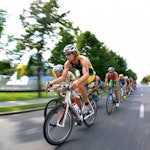 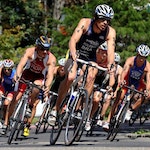 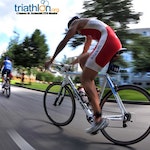 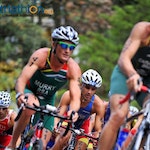 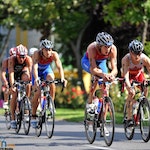 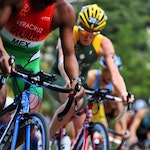 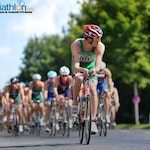 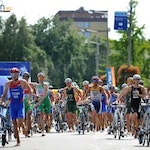 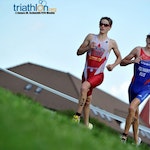 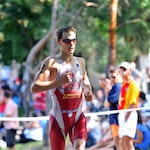 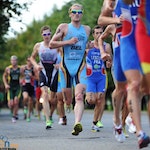