by Merryn Sherwood on 12 Sep, 2013 10:00 • Español
In a thrilling finish that came down to final few metres in London, France's Dorian Coninx claimed the 2013 ITU Junior Men's World Championships. Although th...

In a thrilling finish that came down to final few metres in London, France’s Dorian Coninx claimed the 2013 ITU Junior Men’s World Championship on Thursday.

Although the 2013 European Champion was in the lead group all day in an impressive all-round performance, it wasn’t until the final finishing straight that he could finally make sure of the win, just holding off Great Britain’s Marc Austin and Grant Sheldon in a thrilling sprint to the end.

In an incredible performance, all three of the medallists ran sub 15-minute five kilometre run splits.

Austin said he was thrilled to podium at home, and overall do well with the two teammates he’s been training with for years.

“When you go and see all the guys on the podium, I’m just happy I get to go back to the hotel with a medal,” he said. “Me and Grant and Gordon (Benson) have been training together for a few years, It’s a really strong set up. We’ve got a really strong team.”

Sheldon said the chance to race on the London 2012 Olympics course was just an added thrill in a brilliant day.

“It was really cool, I was down here watching last year and to be now a part of it is really cool,” Sheldon said.

The Junior Men’s race started with another wetsuit swim in the Serpentine and while Coninx was first out of the water, the swim didn’t do much to split the 84-strong field.

Almost all of the athletes exited within 30 seconds of each other and a large lead group of 21 formed on the first lap of the bike. While they had a lead 30 seconds on the first lap to the second chase, another stunning performance from the Netherlands Jorik Van Egdom ensured it didn’t stay that way long.

Van Egdom, who is the 2013 Junior Men’s Cross Triathlon and Duathlon World Champion, started the 20km bike leg in a third chase pack that was 42 seconds behind the leaders one lap down. However he bridged to the first chase on the second lap and helped them reduce the gap to 27 seconds. In a race-changing third bike lap the chase cut that back to just 14. It meant that the group was close enough to bridge to the leaders just ahead of the second transition, putting almost 50 athletes in T2 within 14 seconds of each other.

In those conditions a fast transition was always going to be important and the eventual top six had some of the best. While Germany’s Jonas Schomburg initially led the run, it didn’t take long for the pre-race favourites to group together including the top-four from this year’s European Championships, Coninx, Austin, France’s Raphael Montoya and Great Britain’s Gordon Benson, as well as the Oceania Champion Jacob Birtwhistle (AUS), Van Egdom and Sheldon.

While Van Egdom faltered in the final lap, that top six didn’t let go of their lead. Birtwhistle was the first to drop from medal contention, leaving it a five-way battle between the two Frenchman and three Brits. They headed out on the final run lap shoulder to shoulder, but it was Coninx that took charge in the final kilometre. While Austin and Sheldon desperately tried to catch him, he was too strong in his first ITU World Championship title and strode out to win by around 100 metres. 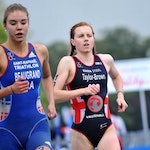 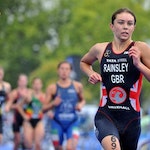 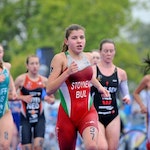 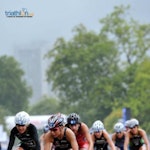 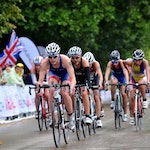 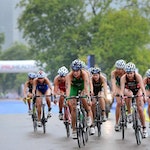 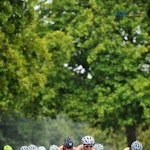 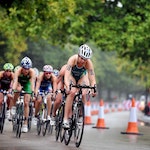 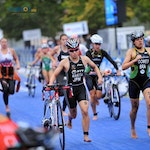 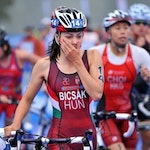 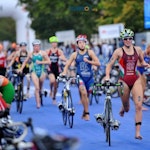 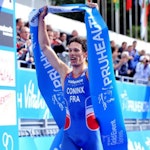