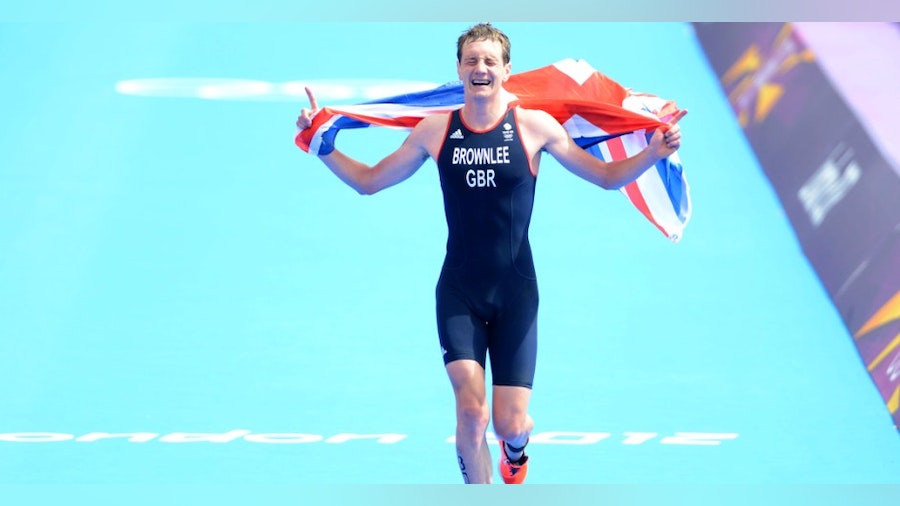 The men’s triathlon competition was a day of many firsts for the Olympic sport. For the first time ever, Great Britain took home not one, but two medals when Alistair and Jonathan Brownlee finished first and third, respectively. Javier Gomez also claimed Spain’s first medal in the sport when he posted the second fastest time of the day.

Alistair scorched the 10km run course with a mind-bending 29:07 run split to cruise to Olympic gold.

“First off, (I am) immensely proud that my brother could get a bronze,” Alistair said. ” It was no secret we wanted to get both of us on the podium and that’s not an easy thing to do considering Britain has never won a triathlon medal and all the things that could go wrong for one of you, like a penalty. Then when there is two of you the odds are even worse. But we gave it everything and it shows the strength of training together and pushing each other all the time and the relationship we have.”

Watch a full replay of the race on YouTube

To make the podium, the men had to endure a very strategic race in Hyde Park. The day started in The Serpentine in sub 20-degree Celsius wetsuit worthy water. Athletes didn’t catch much of a break exiting the water, as the air was a prickly 17 degrees.

After a pontoon dive into the lake, Ivan Vasiliev (RUS) wasted no time bolting to the front from the left side of the pontoon. But it wasn’t enough to beat powerhouse swimmer Richard Varga (SVK) to the first turn buoy. Jonathan and Gomez, who elected to start from opposite ends of the pontoon from each other, hugged the course marker to stay on Varga’s hip.

A line of five men began to swim hand to foot, carrying a thin and elongated group behind them. At the back of the five were the Brownlee brothers, swimming side by side. Varga owned a body-length lead rounding the final set of buoys, with Gomez closest to him.

Varga pulled along six men, including all of the eventual medallists for a small lead heading into the first transition. Another pack of 19 entered 18 seconds later, which included Russians Dmitry Polyanskiy and Alexander Bryukhankov, as well as Athens bronze medallist Sven Riederer (SUI), and two-time Olympic medallist Simon Whitfield (CAN).

The group of Alistair, Jonathan, Gomez, Varga and Alessandro Fabian (ITA) took off for the seven-lap bike. Behind them Polyanskiy had to stop for a quick wheel change, while Leonardo Chacon (CRC) crashed with Olympic two-time medallist Simon Whitfield (CAN). The fall rendered Whitfield unable to continue.

The wheel change put Polyanksiy more than a minute back from the 22-man lead pack, and was forced to ride in the chase group with swift runners Richard Murray (RSA) and Mario Mola (ESP).

Led by Stuart Hayes (GBR) a small group that included the Brownlees and Gomez, appeared to attempt a breakaway midway through the fourth lap. But with all eyes on the podium, everyone stepped up to the new speed.

Hayes came through first on the fifth lap, followed soon thereafter by Jonathan, Gomez, and Joao Silva (POR). Fabian hung strung with the leaders, while Alistair coasted to the middle of the pack, and Riederer headed up the rear.

Meanwhile, with Polyanskiy at the helm, the chase group was slowly chipping away at the lead, making up five seconds on the fifth lap. His Russian teammates Vasiliev and Bryukhankov rode ahead with France’s Vidal and two-time Olympic medallist Bevan Docherty (NZL).

On the sixth lap, Alistair pumped ahead, quickly gaining a sizeable advantage. With a look over his shoulder, the two-time world champion rose out of his seat to pedal forward. The effort was futile, as the leaders all came through transition together.

Silva broke out onto the run course first, followed by the Brownlees and Gomez. The British brothers and Gomez immediately poured on a pace that put more than 50 metres between themselves and the rest of the competition. David Hauss (FRA) followed behind them in a desperate attempt to stay in the race.

But Alistair’s lengthened stride was too fast to break. Jonathan ran on the heels of his older brother, while Gomez kept distance on the first lap. Coming through the first lap, the leaders were up more than 10 seconds. France’s Vidal and Huass ran through in a clump next with Bryukhankov. Defending champion Frodeno passed next, with teammate Justus.

The trio of leaders never slowed their strong pace, widening the gap to 27 seconds on the second lap. Behind them, Frodeno joined the French team, dropping Bryukhankov in a furious attempt to catch up.

Early in the third lap, Alistair forged ahead. Gomez responded, quickening his stride, and leaving Jonathan behind him. Gomez followed the older Brit into the fourth and final lap trailing just five seconds.

“The bike was not easy, we had to push hard and we all felt it on the run afterwards, the legs were not fresh, but I think I did a pretty good run,” Gomez said. “I tried to hang on to Alistair, he was pushing the pace faster and faster and I couldn’t keep up in the last three kilometres.”

Jonathan remained in third place, but fell back to a 37-second disadvantage due to a 15-second time penalty he was forced to serve after mounting his bike too quickly in the first transition. The penalty put just 12 seconds between him and the Frenchmen.

Ahead of him, Alistair remained strong and collected, comfortably inching ahead of Gomez. Coming into the final stretch, a deafening crowed roared from all sides of the lake to cheer on the older Brownlee brother. Alistair slowed to pick up a British flag and jogged across the finish line, clearing the competition by 11 seconds.

Gomez ran across next, avenging the podium he missed in Beijing to garner silver, giving Spain its first triathlon medal.

“It was pretty disappointing in Beijing, I had a lot of problems approaching that race,” Gomez said. “I was injured and didn’t have my best day so now getting the medal after being on the podiums at World Championships, European championships and so many World Cups, it’s great to have a medal at the Olympics.”

Despite the penalty, Jonathan held off the French to sail to third place in a time of 1:51:04.

“A bronze medal in the Olympics is great I’m really happy with it,” Jonathan said. “It’s the first penalty I’ve ever gotten. I didn’t realise I’d done anything wrong. I looked at the board and thought Alistair had got a penalty, then I looked at my arm, and thought, Oh, I’m 31. I’ve got a penalty now. My first thought was, oh well, that’s a shame, and then second thought was I’m going to have to run even faster and that will make it interesting, it was super hard for me. But I don’t think it changes the result, just makes it a bit harder work.”

Further back, Hauss began to drop Vidal on the final lap to move into fourth position. He held the place around the final turn and into the straightaway, claiming fourth in 1:47:56. His teammate Vidal was next in 1:47:21. Beijing gold medallist Frodeno clocked in sixth, followed by Bryukhankov and Riederer. Silva and Fabian rounded out the top ten in ninth and tenth, respectively.