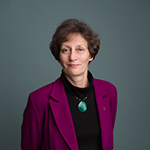 Sarah represented Great Britain at the elite level in triathlon from 1983 to 1993, competing in the 1990 Commonwealth Games Triathlon in Auckland, New Zealand and won 20 elite ETU European Championship medals in triathlon (all distances) and duathlon, including three individual and five team golds, as well as finishing fifth at the Hawaii Ironman World Championships in 1985 and 1987 and the Nice International Triathlon in 1985. She was the ITU Winter World Triathlon Champion in her age group in 2006 and a bronze medallist in the Vancouver Sprint in 2008. She has also competed at the elite level in squash and sculling and been National Elite Champion in 5 sports in 4 countries between 1981 and 2002!

Sarah first became a Board Member of the British Triathlon Association between 1984 and 1985, initiating and leading multiple low cost training camps to bring women into the sport.  Subsequently, she was invited to found and co-Chair the International Triathlon Union Women’s Commission between 1990 and 1992 with current ITU Secretary General, Loreen Barnett as the secretary.  She was elected as the ITU’s sole Vice President in 1992, a position she held until 1996, during the period of successful lobbying for Olympic inclusion of triathlon in the sport programme of the Olympic and Commonwealth Games. She rejoined the BTA Board in 2005.

In 1997, Sarah was made an Officer of the Order of the British Empire for services to sport, and she was promoted to Commander in 2012. The Jane Tomlinson Outstanding Contribution to Triathlon was awarded at the 220 Triathlon Awards in 2011.  She currently serves on the UK Sport Board as of 2014, having previously served both the GB Sports Council and UK Sport board from 1993 to 2001. She was elected Honorary President of the British Triathlon Association during this time until 2004. She is an Honorary Member of ITU.