With the Dextro Energy Triathlon â€“ ITU World Championship Series completed many of the worldâ€™s principle elite triathletes turn their attention to the ITU Duathlon World Championships which are being held this weekend in Concord, North Carolina, USA.

Duathlon, which consists of a 10km run, 40km cycle and 5km run, requires high levels of endurance and power, with the ability to run strongly off the bike a necessity if athletes are to place highly. As such there are many specialist elite duathletes the world over who prefer their running to their swimming, and they wonâ€™t want the triathletes spoiling their big day.

The elite menâ€™s race sees Paul Amey going in search of his fourth duathlon world title, the New Zealand born Brit trying to take advantage of a weakened Belgian team who only send one athlete, Jurgen Dereere, to the championships.

The Belgian men have a strong history in the sport with many of their athletes making the transition across from pro cycling. Benny Vansteelant, a four time standard distance world champion, was their big hero until he was tragically killed whilst training two years ago.

2008 bronze medallist, Sergio Silva from Portugal, makes the trip along with experienced team mate Lino Barruncho. Adam Bowden from Great Britain could stir things up at the front as the international steeplechaser makes the switch to multisport.

American hopes lie on the shoulders of Jarrod Shoemaker, the Hamburg Dextro Energy Triathlon â€“ ITU World Championship winner, who is a renowned runner, clocking some impressive 5km race splits in the lead up to the 2009 season. With most of the duathletes just starting their autumn campaigns, and with Shoemaker just finishing his season, it will be interesting to see how the athletes compare.

Athletes in the junior menâ€™s race will have to keep an eye on Mario Mola from Spain. Coming off the back of an incredible run in the junior triathlon world championships, it will take somebody special to stay ahead of the flying youngster.

In the womenâ€™s competition the only medallist from last yearâ€™s world championships in Rimini, Italy, Ana Burgos, makes the cross-Atlantic trip from her home in Spain. Having taken bronze behind Portugalâ€™s Vanessa Fernandes and Britainâ€™s Catriona Morrison in 2008, Burgos will be targeting the top step of the podium.

She will face stiff competition from Athens Olympic gold medallist Kate Allen who will retire at the end of the season. Allenâ€™s weakness in 2009 has been her swimming, and with duathlon only encompassing running and cycling skills, the Austrian will fancy her chances to take home a world title.

Going in search of her second world title of the year is New Zealandâ€™s Samantha Warriner, the Kiwi looking to add duathlon to her aquathlon medal success. Having struggled through the year with injury and bad luck Warriner is due a lucky break, and Concord could serve her well. The other big name to make the triathlon switch is Vendula Frintova from the Czech Republic who will be hoping her legs can hold up for one more race following an intensive triathlon season of racing and travel. 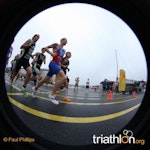 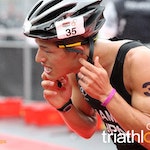 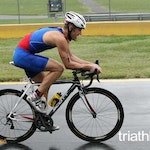 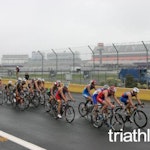 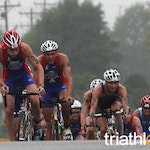 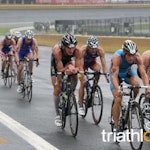 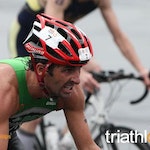 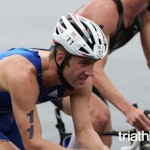 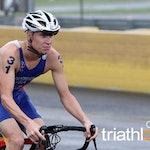 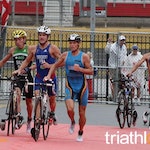 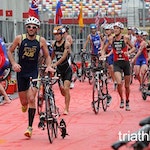 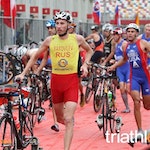