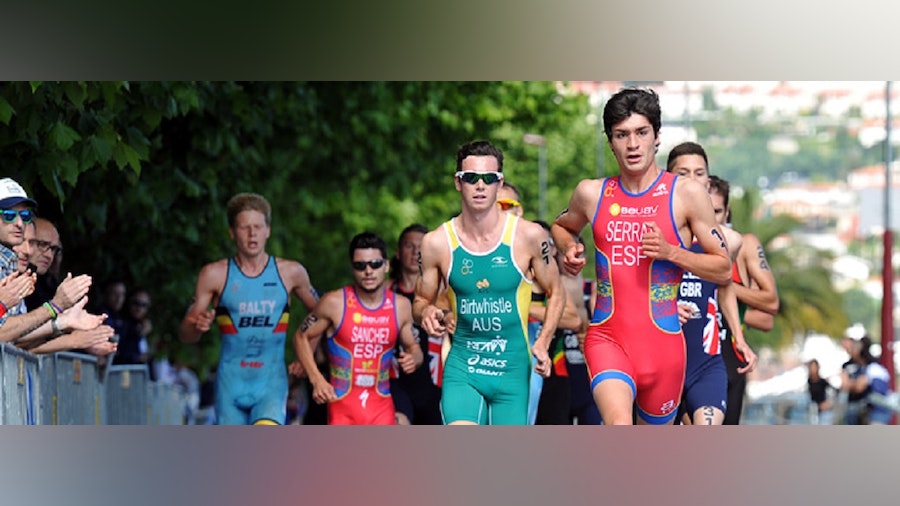 The men’s and women’s Under23 World Championship start lists are overflowing with talent that have already been making headlines amongst the elites this year. The U23 athletes will compete on the same standard distance course as the elites, with the men taking off on Thursday, while the women race on Friday in Chicago.

Under23 Women
The women’s race sees a lot of bright talent that has already gained experience in the elite field that could benefit the select few who will make it up onto the podium.

The French men have been plowing through World Championship titles this year, and while the women haven’t had as much success, the Federation has a crop of new talent that is ready to explode. Audrey Merle took bronze in the women’s Junior World Championship last year and gained valuable international experience at the elite level as a member of the gold medal winning Mixed Relay World Championship team earlier this year. Teammate Leonie Periault finished fifth last year as one of the younger athletes to line up. Look out for this French pair to make an impression on the field this week.

Likewise, Canada features a strong team in Dominka Jamnicky and Joanna Brown. Jamnicky has been competing at the elite level for a couple years now, and will without a doubt attempt to take that intensity out to the U23s. She has spent the majority of her 2015 season making appearances in CAMTRI events, but just recently competed in the WTS Edmonton sprint race and was able to finish in a top-20 position after being a leading force in both the swim and bike. Brown is the rare athlete that carries experience racing in Chicago, as she competed at the WTS race last year. Add on that she was a bronze medallist in this age group at the 2012 World Championships, and Brown becomes a pre-race favourite.

The weight of being the woman to beat, could be placed upon the shoulders of Australian Natalie Van Coevorden. Despite being just 22 years old, Van Coevorden has been gaining incredible experience as a competitor on the elite circuits for a number of years. While she’s yet to have that breakthrough race, Chicago could just be the ticket to the confidence boost she needs to compete on the big stage.

Portugal’s Melanie Santos transitioned into the U23 field just this year from the Junior market. She has made regular appearances in the WTS, even earning a personal best top-20 finish in Edmonton a couple weeks ago.

Newcomers are always a threat however, such is the case with Great Britain’s Chloe Cook. She started racing in the ITU world just this year, but has already proved she can handle. She grabbed the silver medal at the 2015 Burgas ETU Sprint Triathlon European Cup and had a top-25 finish in the Tiszaujvaros World Cup.

Under23 Men
To say that the men’s start list is stacked would be an understatement. Names from all aspects of the globe have turned up to battle it out in one epic race. With a lot of athletes already making waves in the elite field this year, the crown of U23 World Champion is completely up for grabs.

Great Britain is another country who is putting a lot of talent into the field. Gordon Benson and Marc Austin both have some strong achievements under their belts. Benson is arguably the most well known name on the list after earn the gold medal at the Baku European Games in the elite men’s race, which earned Great Britain an Olympic spot in Rio. He was also a member of the bronze medal team at the Mixed Relay World Championships in Hamburg earlier this year. Austin is familiar with Grand Final pressure as he claimed the silver medal in Edmonton at the 2014 Grand Final, an experience that could ultimately pay off for him in Chicago.

The Aussies are bringing their top competitors to let all other nations know that they came to win. Jacob Birtwhistle was the silver medallist for the men’s junior race at the 2014 Grand Final. He has since transitioned into elite competition and has proven that he was meant to be there. He has won some national Oceania Championship races this season and even took second at the Mooloolaba World Cup. But his most impressive race to date as an elite was when he earned a top ten finish at Yokohama in the World Triathlon Series. Another notable Aussie is Declan Wilson, he has been right on the coat tails of Birtwhistle in Oceania races and has made regular appearances on the WTS front.

Neighboring Kiwis have also traveled far at a chance of bringing home some bragging rights. Cameron Todd has been consistent in the top ten market in Oceania competitions this season and has dabbled in World Cup races. While compatriot Sam Ward has also put his foot in the World Cup and WTS water and pulled off a top-25 finish in Edmonton.

Wian Sullwald will be representing South Africa. He won the Junior World Championship title in 2012 and has since made a huge name for himself. He placed within the top ten in men’s U23 in the 2014 Grand Final after winning the Chengdu World Cup. He most recently had a standout performance in Edmonton in the WTS after earning sixth, a personal best in the series.

Kevin McDowell is the one to watch during this race for any hope of the host country claiming a victory. He impressed the sport when he had a breakthrough performance at the Pan American Games in Toronto and earned himself a silver medal. But that was not his first piece of hardware this year as he also took bronze at the Chengdu World Cup in May.

Another strong contender in Continental Cup racing is Canada’s Russell Pennock, who joined the elite racing field just this year.

The Under23 men’s new World Champion will be named on Thursday, September 17th at 7:00am. While the women’s Under23 race will be held on Friday, September 18th at 11:30am, just before the elite women’s race kicks off at 5:00pm. A live finish cam will be available for both races, as well as a highlights video later each day. Follow @triathlonlive on twitter for live updates.