by Erin Greene on 30 Aug, 2014 03:51 • Español
After winning the junior men's world title last year, Dorian Coninx (FRA) repeated his winning World Championship ways at the Edmonton Grand Final, this time as an Under23 competitor. Great...

“It’s just amazing for me,” Coninx said. “It’s crazy, I would like to be the same as him [ youth, U23 and elite World Champion Alistair Brownlee] but it will be hard. It’s been a good weekend for France,  good for young new French people.”

The nature of the triangular swim course that encircles an island forced the Under23 men into a single file formation, which was led by Seunghun Seo (KOR), Pedro Mendes (POR) and Sheldon on the first of two laps.

But spurred on by a home crowd, Alexis Lepage (CAN) moved up on the second dip in the lake and thundered through transition followed by pre-race favourites Grant Sheldon (GBR), Justus Nieschlag (GER), Austin and Coninx.

A flight of 19 men managed to get away on the first of two 11km bike laps, with another handful attempting to hang on the back. After bridging together on the second loop, with all the main players in the group, they forged further and further ahead, racking up more than two minutes over the chase by the end of the longer circuits.

While the pace escalated to fast and furious on the four shorter 5km circles, the 25 men stuck together leaving it all to the four-lap 10km run.

Speed monster Coninx managed to sprint out of T2 first, but Austin, Benson and Wian Sullwald (RSA) responded quickly and together the four ran shoulder to shoulder through the first three laps.

The bell lap told a different story, as Coninx and Austin kicked into overdrive to ensure their positions on the podium. In a final spur, the Frenchman left Austin behind to cross the finish line first. Austin took second, while compatriot Benson scooped up bronze. 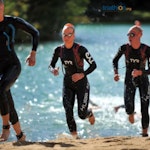 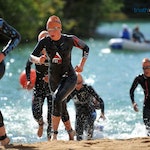 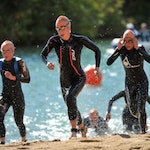 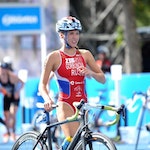 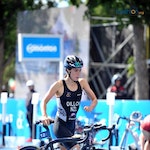 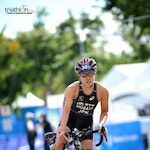 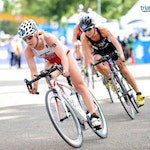 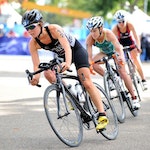 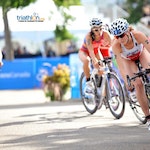 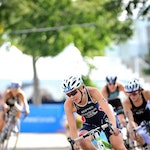 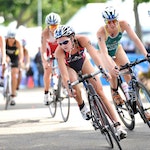 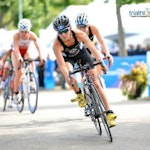