Benoit Nicolas (FRA) stormed to victory at the ITU World Duathlon Championships in Pontevedra to claim his first ITU World title at the third attempt.

It capped of a brilliant World Duathlon Championships for the French Federation, following Sandra Levenez’s victory in the Elite Women’s race earlier in the day.

On a scorching afternoon in Pontevedra, a lead group of ten athletes formed a front pack after the opening laps, jostling for position over the 10km first run segment.

A super quick transition saw Diemunsch exit T1 out in front with Martin and Rodriguez in hot pursuit, but nothing more than a couple of seconds separated the top ten. Multiple Long Distance World and European Champion, Rob Woestenborghs (BEL), was way back in 25th as the athletes began the first of eight 5km laps on the bike.

The lead group worked well together, pushing themselves through the searing heat of the Spanish streets. The chase pack gained and closed in on the front ten on the final lap and a bunched group of athletes entered T2. But, just as in T1, it was Diemunsch who exited T2 first and onto the final run.

In a pulsating final 5km race the lead changed several times. Emilio Martin earned the lead but just as quickly lost it to Diemunsch. Behind the duo, Nicolas, who was in the chasing pack at the start of the bike segment, had quietly and effectively worked his way through the field and by the start of the final lap the leaders were in his sight.

Five runners were in contention for three places as the final lap started and it was Nicolas who showed no weakness, powering past Martin, and then Diemunsch, to take the ITU World Duathlon title. After two third places in Gijon 2011 and Nancy 2012, the gold medal is finally his.

Diemunsch had just enough to hold off Martin and take the silver medal with bronze going to the Spaniard. 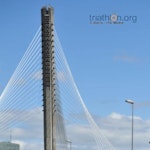 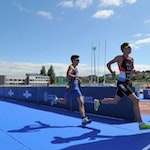 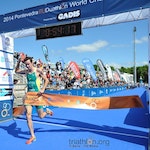 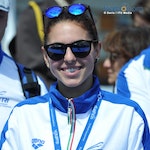 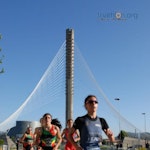 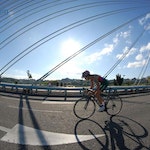 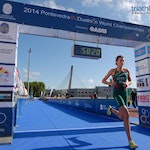 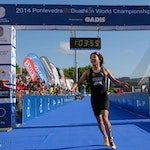 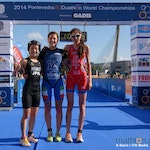 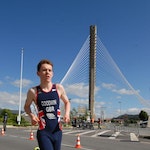 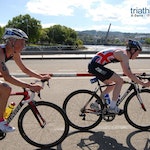 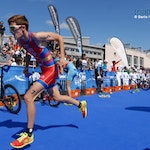