As is becoming customary in ITU racing, fast running will no doubt shape the podium this weekend in the elite races at the 2013 Alanya ETU Triathlon European Championships. With backhalf speedsters like Non Stanford, Mario Mola and Alessandro Fabian on the women’s and men’s start lists, expect this year’s championship to come down to a smoking battle on the finish chute. Elite Women
Germany’s Rebecca Robisch appears to be in excellent form. She has finished second in every International race in 2013, at Quarteira, Antalya and Cremona.
Will it be fourth time lucky for Robisch to take top spot? Although cementing a podium place in a European Championship, where her previous best has been 14th in Athlone in 2010, would be a huge result for the German.

Agnieszka Jerzyk (POL) also comes into the race in fine form following victory at the ITU European Cup in Banyoles early last month. But the saying goes: form is temporary, class is permanent and among the field is a dearth of talent and experience and the likes of Vendula Frintova (CZE), Emmie Charayron (FRA), Rachel Klamer (NED) and Ainhoa Murua (ESP) are but a handful of contenders.

2011 European Champion Charayron couldn’t quite defend her title in Eilat last year, but still secured a third place podium finish. Murua was runner up last year and already has a podium place under her belt this year from Banyoles. Frintova hasn’t raced on European soil since the World Series race in Stockholm in August last year but is a quality performer. Elite Men
Russia’s Ivan Vasiliev may be the man to watch this year. With a bronze medal at last year’s European Championships, he currently sits fifth in the World Rankings after four races of the World Triathlon Series, but is coming into form with a 4th place at Yokohama and 3rd place in Madrid. The most encouraging aspect for Vasiliev is his pedigree here in Alanya. In 2012, he won the European Cup race and he finished 3rd in the 2011 European Cup. Although the course has been tweaked since those events he is clearly fond of this location.

In the absence of defending Champion Javier Gomez and double European Champion Alistair Brownlee, the men’s race is wide open. With Jonny Brownlee also absent, British interest will fall on Adam Bowden, who has impressed with two top 8 finishes in the World Triathlon Series this year.

Compatriot Dmitry Polyanskiy will fight closely with Vasiliev, as will the French pair of Pierre Le Corre and Vincent Luis. Vicente Hernandez (ESP) has impressed this year and has two third place finishes to his name at Quarteira and Banyoles.

The experience of countryman Mario Mola, currently third in the world Rankings, could benefit both athletes. Like Mola, Alessandro Fabian (ITA) will be one to watch for on the run. Vasiliev and company will want to break on the bike if they want a chance holding off these speedsters on the run.

Another one to watch will be Italian Matthias Steinwandter. The 2012 European Junior Champion has made the step up to elite level this year and after dominating the junior scene over the last couple of years it will be interesting to see his progress.

The women will take off on Friday at 4:00pm local time, while the men will race on Saturday at 3:00pm. The championships will also welcome U23, junior, paratriathlon and age group races. For more information, click here. 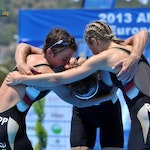 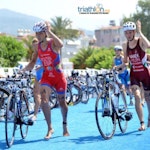 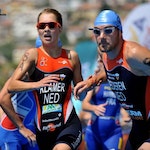 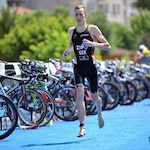 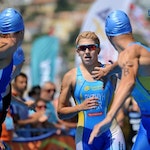 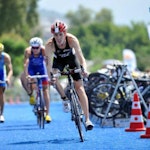 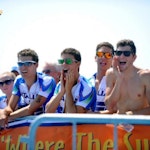 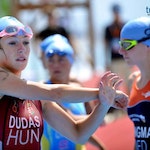 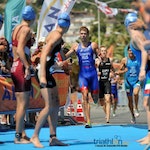 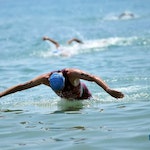 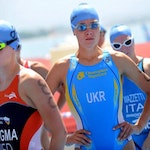 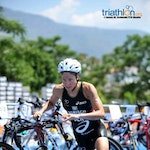