Eilat Victories for Sapunova and Rouault

European under 23 champion Yuliya Sapunova forced Denmark’s Helle Frederiksen into the runner’s up spot for her third race in succession following a blistering run leg at the Eilat ITU Premium European Cup in Israel.

The young Ukrainian, who is part of the ITU Sport Development Programme, put together a textbook race as she exited the water towards the front before combining with Frederiksen to break away on the bike as they put three minutes into the opposition which included Rachel Klamer, the Dutch winner of the previous Premium European Cup in Alanya. Frederiksen’s compatriot Line Jensen managed to lead out of the swim and time trialed solo on the bike to take a lead onto the run, however couldn’t hold off the charging pair behind her.

Sapunova was able to get the better of her Danish counterpart in the closing stages to take the win by 13 seconds with Jensen holding off the chasers for third.

In the men’s race Gregory Rouault from France left it until the run to make his winning move as the entire field came together after the swim into one large cycle pack.

Having put time into the other men Rouault was able to savour his victory whilst Ran Alterman provided an exciting finish for the home support as he took third in a sprint finish with Youri Severin from the Netherlands who was second. 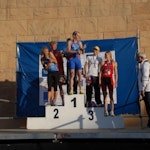 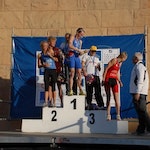 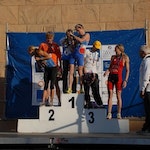 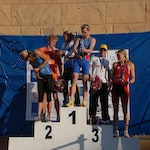 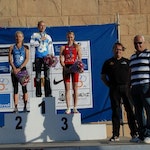 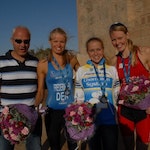 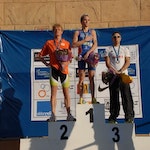 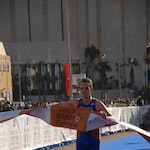 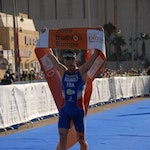 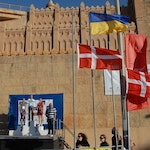 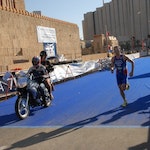 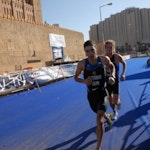