In a race that has been dominated by Conrad Stotlz (RSA) each of the last three years, Spain’s Ruben Ruzafa avenged his missed world title from last year, winning the men’s 2014 ITU Cross Triathlon World Championships by a minute with a blistering bike.

Having earned himself a nearly three-minute advantage on the bike, the XTERRA champ won his first ITU World Championships. After finishing four in both 2011 and 2012, Josiah Middaugh (USA) made it on the podium with silver, and Braden Currie (NZL) earned bronze.

In the men’s race, Germany’s own Christian Otto got the day started by riling up the crowd with his top swim exit. A regular on the ITU World Cup and WTS circuits, Leonardo Chacon (CRC) sat on Otto’s hip in the two-lap swim to pick up his bike in prime position.

As in the women’s race, the bike proved to be pivotal in breaking up the leaders. Ruzafa hammered up the 978m ascent early on the bike to not only make up a two-minute deficit but gain a minute on next-closest competitor Chacon middway through the 36km loop.

Francois Carloni (FRA) went after Chacon on his own, but Stoltz, Middaugh, Currie and Michael Weiss (AUT) worked together from two minutes back.

While Ruzafa continued to forge ahead on the bike for a 2:45 lead, Middaugh broke from his group and surpassed both Carloni & Chacon to drop his bike in T2 in second place.

Behind him, Currie and Carloni ditched their wheels together and headed for the 9km run with a minute advance over Stoltz, but nearly four minutes down from Ruzafa.

Although Middaugh had a monster run, he ran out of space to beat out Spain’s Ruzafa, who earned his first ITU elite men’s title in 2:34:33. Middaugh took silver, while Currie held off Weiss for bronze. 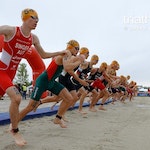 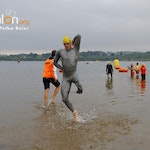 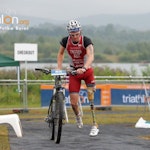 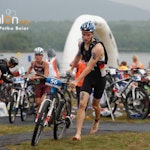 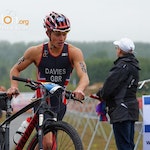 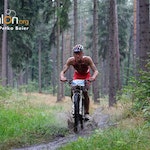 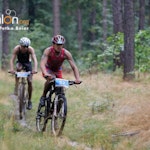 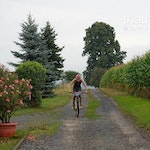 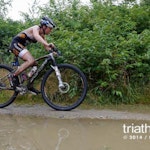 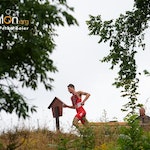 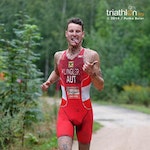 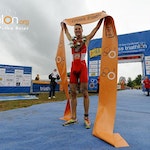