Great Britainâ€™s Alistair Brownlee pieced together a superb race at the Dextro Energy Triathlon â€“ ITU World Championship Series Grand Final on Australiaâ€™s Gold Coast as he crossed the line in 1:44:51 to take his fifth win of the year to complete an unbeaten season of racing. Brownlee becomes the first triathlete to ever win the ITU junior, under 23 and senior titles. If you missed the race, be sure to watch the full length coverage on ITU’s television site, www.triathlon.org/tv

Following wins in Madrid, Washington DC, KitzbÃ¼hel and London, the 21 year old Brit lead the series heading to the Gold Coast, however defending world champion, Spainâ€™s Javier Gomez, remained a serious threat. Needing to place five positions higher than Brownlee in Australia, the Spaniard was helpless to prevent a British victory as Brownlee accelerated away at the 9km mark on the run.

â€œI think today was the hardest race of all, I had to kill myself on the run”
Alistair Brownlee

As expected the Grand Final turned out to be a tactical affair with a large pack of swimmers exiting the 1500m non-wetsuit ocean swim together. The pairing of Alexander Brukhankov and Ivan Vasiliev looked to push the pace, reminiscent of the decisive Russian breakaway out of the swim in Madrid, but with Brownlee and Gomez in close order the pack were keen not to let the advantage slip. Germanyâ€™s Maik Petzold took up the leading position on the second lap, a tactic that paid off for him in both Washington DC and Madrid, but his efforts were without reward.

The main athletes not to make the front pack out of the swim included Brad Kahlefeldt, the Australian returning to action following a foot injury, and Britainâ€™s Tim Don, the 2006 world champion. Despite incurring a time penalty for a false start, his second of the year, Courtney Atkinson from Australia was safely able to join the leaders following a strong swim.

Hard work from the chasers brought the packs together over the predominantly flat and sweeping course as the pace eased. Seizing an opportunity to break both Matt Reed from the USA and Ivan Vasiliev launched themselves off the front, but were only allowed to see clear air for one lap before being reeled back in. Following a futile attack in London, where he accidentally rode an extra lap, Portugalâ€™s Bruno Pais hit the front again taking Danylo Sapunov from the Ukraine with him. The pair were allowed to escape and they continued to put time into the chasers before Reed launched a second attack along with Canadaâ€™s Paul Tichelaar.

The increased threat drove the pace of the peloton up and as the leading four came into transition they held a fifty second advantage over the large chase pack. Brownlee endured a poor transition, having to run through a field of bodies before taking two attempts to put on his running shoes, however quickly made his way to the front with a quick turn of pace.

Gomez set the initial pace taking Petzold, Jan Frodeno and Brownlee with him before Petzold eased off after the opening two kilometres unable to keep up with the increased tempo. Once down to three Brownlee attacked on the second lap to drop Frodeno leaving the two main contenders out front and alone.

With neither athlete willing to play second fiddle, the physiological and psychological war continued with Gomez repeatedly surging hard to try and drop the youngster, with the steadfast Brownlee clinging onto his coattails before hitting the front on the penultimate lap, accelerating up the only incline on the course to eek out a small advantage. Gomez was able to sit back in behind Brownlee on the downslope, but the Brit had found the Spaniards weakness and attacked again on the final hill to decisively pull away. Ramping up the speed through the final turns with the sheer agony and hurt of a brutal race behind him, Brownlee continued his run through the line, assuring himself the race win and world championship victory some six seconds ahead of Gomez with a phenomenal run split of 29:04 on an accurate course.

Further behind Frodeno was coming under great pressure from the large pack of chasers, with Petzold determined to give himself the best possible chance of a world championship medal. The Olympic champion was able to hold on with Petzold heading home the chase pack with positions third to tenth covered by just seventeen seconds.

With New Zealandâ€™s Kris Gemmell fading to a lowly seventeenth, the Kiwi dropped down the rankings from third to eighth, promoting Petzold into the bronze medal with Frodeno jumping up to fourth with fellow German, Steffen Justus, an impressive fifth.

â€œI think today was the hardest race of all, I had to kill myself on the run,â€ admitted Brownlee. â€œGomez kicked and kicked and I just held on to the last lap and went for it. Javier beat me at the Euros so thatâ€™s one blotch on the year, but thereâ€™s no one happier than me right now. If someone had told me at the start of the year I would have won five races I would have told them to get lost. I canâ€™t explain my emotions, Iâ€™m amazed so Iâ€™m just going to take some time off and see you next year!â€

â€œI am happy, today I put together my fastest run ever but Alistair has been the best man this season and Iâ€™ll have to come back next year,â€ said Gomez. â€œI gave my best, one of my best races ever, but Alistair was flying. I tried many times on the hill to drop him but I couldnâ€™t get rid of him. Heâ€™s been the best today and the best the whole season. I hope next winter is better than last winter for me, and itâ€™s going to be interesting next year.â€

â€œI am so happy,â€ said Petzold. â€œTriathlon in Germany is in a boom time at the moment, I learnt a lot and it made me even tougher for this season and itâ€™s a great feeling. Getting a world medal was a dream and today the dream came true. I had a really good swim and then with the big bunch of the bike I just relaxed and I thought â€˜today is my chance to do something on the runâ€™ and the tactic worked, and now I am on the podium.â€ 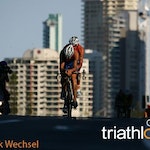 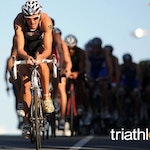 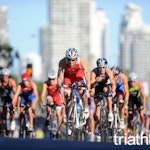 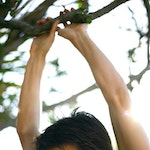 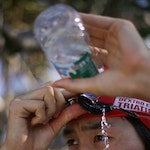 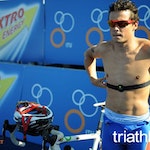 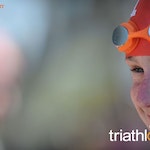 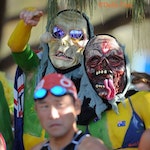 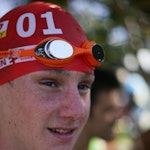 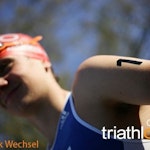 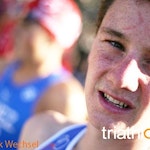 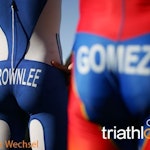