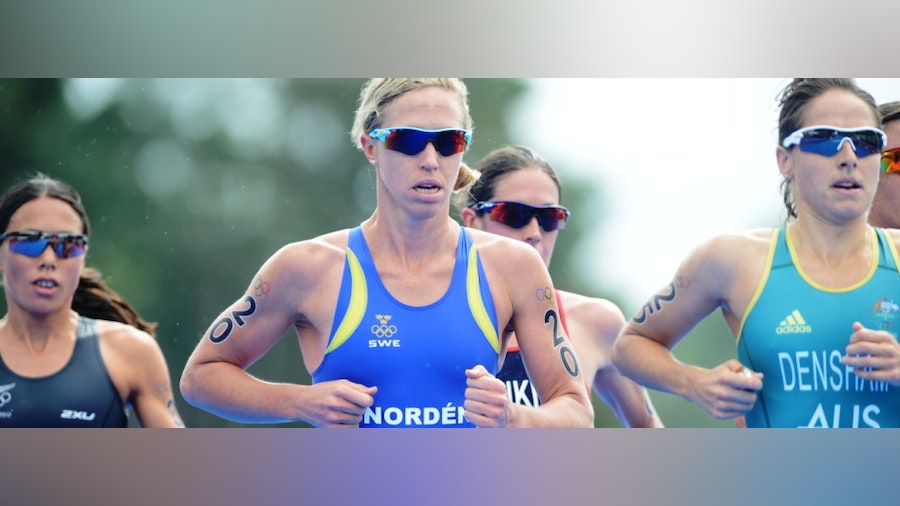 After eight line-to-line battles from Oceania to North America to Europe to Asia and back to Oceania, it all comes down to this – one leg-crushing, gut-wrenching, tenacity-testing scenic race in oceanside Auckland. Taking home the world title in the elite women’s race will be no easy feat with the combination of this stellar line-up, killer course, and incredibly close leader board.

Athletes start the day in plain sight of the crowds for a two-lap 1.5km swim by Queens Wharf before hitting the road for a bike sure to blast the thighs. The women will be met with a gradual climb, followed by a sharp peak that they must repeat eight times over. Those left standing will finish up with a four-lap 10km run downtown. It’s a course for the all-around triathlete willing to push it to the limit.

Although the race to be the 2012 ITU World Champion looks like a two-woman show, there is just enough wiggle room in the ITU World Triathlon Series leader board to be left guessing until the end. The current positions are reminiscent of the 2012 Olympic Games with the top three spots all belonging to Olympic medallists. Bronze medallist Erin Densham (AUS) leads the charts at 3611 points, followed by silver medallist Lisa Norden (SWE) with 3581, then Olympic champ Nicola Spirig (SUI) with 3264. However, Spirig won’t race in Auckland, leaving Densham and Norden in the driver’s seat for the world title. Not only are both Olympic medallists, Densham and Norden are also past Under23 World Champions and both are bidding to become the first woman to win Under23 and elite world titles.

Densham started the year off on home soil with spectacular racing to win in Mooloolaba and Sydney. She followed it up with another solid race in San Diego for silver. After sitting out the next two WTS races, Densham warmed up for London in Hamburg with another second place finish. Since earning her first Olympic medal, Densham has put up two solid fifth-place finishes. Simply put, Densham will need to finish ahead of Norden and higher than eighth place if she wants to maintain her top spot for her first elite world championship title.

But the battle will be hard fought with a hungry Norden on her heels. Norden started the season off slowly, but has been steamrolling the competition ever since her silver in London. While some athletes rested after the Games, Norden has been unstoppable with wins at home in Stockholm, as well as in Yokohama. And on a course that suits her perfectly, the question will be whether anyone can stop the Swede. However, Densham and Norden are missing a key ingredient to conquering the course, namely having ever raced on it. That is one element New Zealand’s own Andrea Hewitt, who finished third in the rankings last year and currently sits in fourth, has on her side. Hewitt not only knows the course, but she won on it last year and will have the raucous crowds on her side. She has also been enjoying a successful, consistent season that saw her lead the rankings until she missed the Stockholm race. To be crowned world champion, Hewitt will need to win the race and hope that both Norden and Densham each finish no better than eighth place.

Like training partner Norden, Anne Haug (GER) has been steadily gaining momentum in the later half of the season. She started off with a pair of seventh-place finishes in Sydney and San Diego before moving on to three straight fourth place finishes in Madrid, Hamburg, and Stockholm. She finally broke through and made the podium in Yokohama with silver after a furious sprint against Norden. If the trend is any indicator, Haug will definitely be a factor in the race.

Athletes like Barbara Riveros Diaz (CHI) and Sarah Groff (USA) could have a very big impact on the overall series winner if they perform at their best. Each of the ladies has made a podium in at least one race this year. Riveros collected bronze in Madrid and Stockholm and Groff was just edged out for a medal in London after medalling in Hamburg. Always running with the final group but yet to finish on the WTS podium, Ainhoa Murua (ESP) is looking for her breakthrough in the ITU World Triathlon Series.

Look for other competitors like Pamela Oliveira (BRA), Mariko Adachi (JPN) and Harrison to lead the swim. Likewise if strong runners such as Ashleigh Gentle (AUS), Gwen Jorgensen (USA) and Aileen Morrison (IRL) are with the leaders off the bike, they will be players coming down the finish chute.

The women will set off on Saturday October 20 at 12:15pm local time. Don’t miss out on a minute of action. Follow the race live on triathlonlive.tv as well as on twitter @triathlonlive. You can also check out who will broadcast the race near you here.

To stay in the know, read up on your favourite athletes in the special previews available before each of the races. We will next post the preview of the men’s Under 23 competition, which is chalked full of rising stars. Don’t miss it!