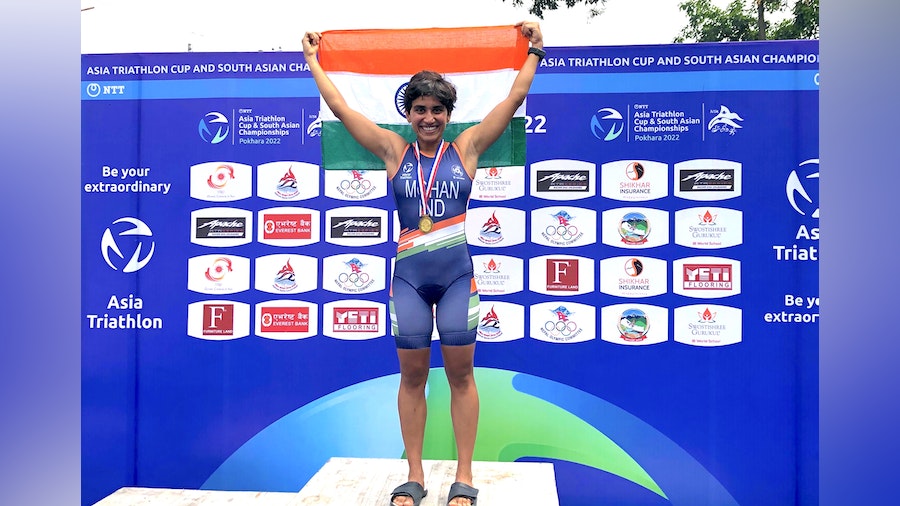 At approximately 12.30pm on Friday 29 July, the first medals of the 2022 Birmingham Commonwealth Games will be awarded. Specifically, they will be the gold, silver and bronze winners of the men’s individual triathlon, with the women’s race following that afternoon and the medals just before 4pm.

For the likes of the home nations (England, Scotland, Wales, Northern Ireland), Australia, New Zealand, South Africa and Canada, these are a major Games representing a four-yearly opportunity to shine in the middle (usually) of an Olympic cycle.

For the many athletes on the start lists from smaller triathlon nations such as India, Fiji, Cyprus, Mozambique, or the Solomon Islands, the Commonwealth Games can be a once-in-a-lifetime chance to share a start line with some of the biggest names on the circuit, to put their sport in the spotlight at home and maybe even grab a slice of history.

Among those on Friday’s start will be India’s Pragnya Mohan. A national champion in 2019 and individual bronze and Mixed Team Relay gold medallist at the South Asian Games that year, Pragnya hits Birmingham off the back of a solid training block and brimming with optimism for the challenge ahead.

“I am at my fittest ever and expect a personal best in Birmingham,” says Mohan. “As some of the best female triathletes in the world are from Commonwealth countries, I’ll be happy to get a position in the single digits, but otherwise it will be another race with women I have idolised, including Flora, Georgia and Non (who was at her peak when I started in 2013).”

She will also be able to form a Mixed Relay team alongside Adarsh Muralidharan Nair Sinimol, Vishwanath Yadav and Sanjana Sunil Joshi, the former having also been part of that South Asian Games victory three years ago and despite eyeing a top 6 finish on Sunday, Mohan is under no illusion as to the challenge of growing the sport back home.

“It will be good to showcase that there are many sports to pursue, and international success of a triathlete will raise interest – I hope to spark that fire. People in my other profession of Chartered Accountancy are extremely excited that a fellow CA is making it to the Commonwealth Games!”

Danica Spiteri will represent Malta, just as she did 8 years ago in Glasgow. Having had a baby in 2019, she has been fighting to get back to the fitness levels she showed training in Leeds with some of the names she will be alongside in Birmingham.

“I’d like to improve on my 15th place in Glasgow, the biggest moment in my career, but I know that this is an uncontrollable factor,” says Spiteri. “Going back for another Games feels surreal… I have been working hard for the past six months. I want to make the right decisions to be able to finish strongly. I love representing my country, it is something money can’t buy, and the level is improving locally there. The future looks good at home and the federation is looking towards youth-elite development pathways, so it is exciting to see the next generation of upcoming triathletes.”

It is a similar target that Panayiotis Antoniou is setting himself. The Cyprus national champion is determined to give everything he has in order to finish his first major Games satisfied with his result.

“I am very excited but also a little nervous to be on that start line with the top triathletes” admits Antoniou. “One day I would like to represent my country a an Olympic Games. We have very good facilities in Cyprus, with 8 small, local clubs and 5 or 6 coaches, so triathlon’s popularity is increasing every year but is still at a low level.”

Representing Namibia will be Divan Du Plooy, the 2021 Africa Triathlon Championships bronze medallist at U23 level. With the long-term goal of qualification for LA 2028 on his mind, the Commonwealth Games will provide both an excellent test and perfect motivation for what it will take to realise that dream.

“Running is my top discipline, then my brother got me into cycling. About four years ago I started swimming and have never looked back” says Du Plooy. “Triathlon is still small in Namibia, but we are trying hard to grow the sport and we have one club, three Level One coaches and one Level Two. I will be competing against the biggest names in world triathlon, - what an amazing experience to represent Namibia at such a big event.” 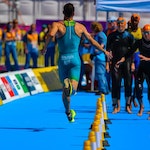 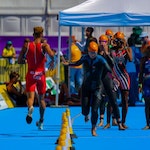 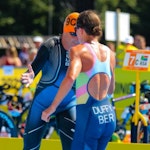 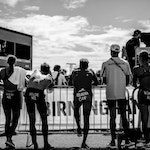 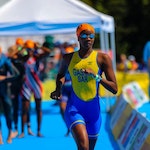 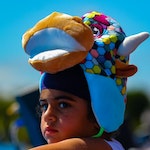 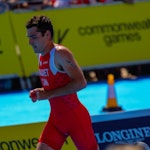 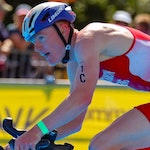 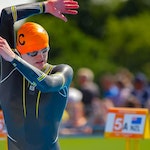 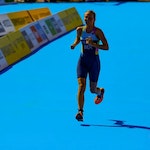 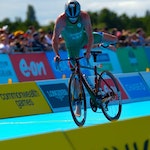