In the lead in to the 2012 Jamijarvi ITU Winter Triathlon World Championships on March 24, there will be a total of five European Cup events and the European Championships. It all starts this weekend in Norway.

It is the third row that Lygna has hosted a European Cup, and in 2010 it was the successful host of the Winter Triathlon European Championships. It’s the second time it has opened the winter triathlon season and this year’s winners will be decided over a 6km run, a 10km mountain bike and an 8km cross country ski - all on snow.

In the women’s race, reigning Winter Triathlon World Champion Borghild Lovset will make her season debut at home at looks hard to beat, but 2010 European champion Marthe K Myhre (NOR) is also on the start list. In the men’sfield, 2010 Winter Triathlon World Champion Andreas Svanebo is up against a field of up and coming Norwegian athletes including Kristian Monsen, who finished 8th at last year’s world titles. But Svanebo is currently undefeated in Lygna, having captured the European title here in 2010 and then last year’s European Cup event. The winter triathlon series then heads to Schwanden, Switzerland on January 29. It’s the first time since 2004 that Switzerland has hosted a winter triathlon event. The circuit then returns to Estonia for the second year in a row, after the first European Cup event in Lahte in 2011. The same venue will host this year on February 11.

The host of the 2003 winter triathlon world titles, Germany’s Oberstaufen, is back on the calendar again in 2011 to host a European Cup on February 25 and 26, the last cup event before the 2012 European Championships. This year the European titles are in Valsesia, Italy, on March 4 and 5, and there will be 4000 EUR in prize money.

The world’s best winter triathletes will then descend on Jamijarvi, Finland, for the second consecutive year. The 2012 world titles will be decided on March 24 and there is a total of $8,000 USD in prize money.  The Age-group races will be held on March 25. This year the winter triathlon circuit is also offering a $6,000 USD bonus pool, which is allocated through the 2012 winter triathlon ranking system. For more information on this ranking system, please click here.

Winter Triathlon
Winter Triathlon is a multi-discipline winter sport composed of running, mountain biking and cross country skiing - all on snow.  Course distances are set on the day to achieve a winning time of around 80-90 minutes, after taking into account the geography and the snow conditions.  The 2012 ITU World Championships in Finland will be decided across a 6km run, 11.4km mountain bike and 10km cross country ski. ITU has been long committed to the development of winter triathlon and its inclusion in the Winter Olympic Games programme is ITU’s long-term dream. 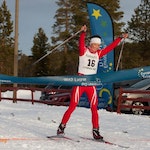 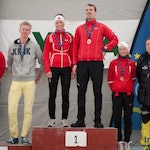 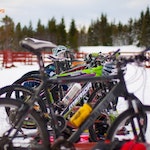 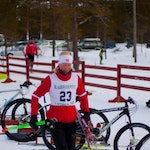 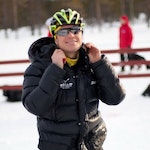 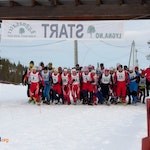 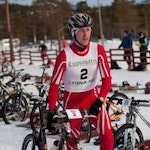 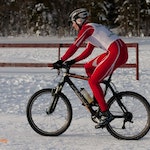 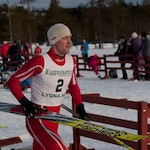 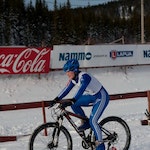 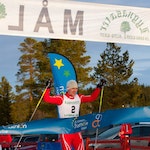 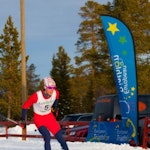