The small port city on the southern tip of the Korean peninsula has held numerous ITU events since 2003 including the first ever Dextro Energy Triathlon ITU World Championship Series in 2009. The course consists of a two-lap ocean swim with wetsuits likely, a five-lap bike course over two sizable hills and a flat four-lap run.

Elite Women
Ireland’s Aileen Morrison will toe the start line wearing No. 1 on Saturday.  She’s coming off a fourth place finish in Huatulco this past Sunday and will be vying for a podium position in Tongyeong after she took silver at the Ishigaki World Cup this year.  She also finished in fourth in Yokohama round of the Dextro Energy Triathlon ITU World Championship Series.

Vendula Frintova (CZE) is familiar with the podium in Tongyeong, claiming bronze in 2008, but will need to make full use of her powerful run if she is to repeat her success in Korea.

Jessica Harrison (FRA) will also be challenging for a medal with a hilly bike course that suits her well. Harrison comes to the end of her season in good form with a seventh place finish at the Dextro Energy Triathlon ITU World Championship Series Grand Final in Beijing and her third French National Championship title shortly after.

Carole Peon (FRA) enters the world cup race still recovering from injury, but if she is back to full race fitness in Tongyeong, her run with be a threat to the field.

Japan’s Kiyomi Niwata, Mariko Adachi and Akane Tsuchihashi, all regulars on the Dextro Energy Triathlon ITU World Championship Series have each had mixed results through the year. However, the three will draw confidence from success at the Asian Championships in September where Niwata claimed the title, Adachi took bronze with Tsuchihashi close behind in fourth.

Reigning Under23 World Champion Agnieszka Jerzyk (POL) should not be discounted for a world cup medal, along with Irina Abysova (RUS) who won bronze in the 2011 Tiszaujvaros ITU Triathlon World Cup. Mateja Simic (SLO) has also done well in her debut World Cup season who was runner-up in Edmonton and finished fifth in Huatulco this past Sunday.

The start list includes nine Korean athletes, Yun-Jung Jang the strongest among them who will be hoping for a better result than her previous two years in Tongyeong where she failed to finish.

Elite Men
The Russians have two sets of brothers competing in Tongyeong, the Vasilievs and the Polyanskys. Of the four, Dmitry Polyansky comes in with the best results, following his bronze in Yokohama and finishing just out of medals at the Grand Final in Beijing.  He will line up on the start pontoon wearing No. 1.

Greatest local hope across the event is Min Ho Heo after his sixth place finish in Tongyeong last year recorded the best ever Korean result at a world cup. Following an intensive period of altitude training in Lausanne, Heo takes on the elite men’s field with increased strength shown by his bronze medal at the recent Asian Championships in Yilan.

Ju Seok Kim will be hoping to draw inspiration from competing at home as Korea’s next best chance at a medal.

Up and coming ITU Development athlete Abrahm Louw (NAM) will also be one to watch after he broke into the elite level this year to come second at the 10th All Africa Games in Maputo, Mozambique.

Racing begins with the elite women at 09:00 on Saturday 15 October followed by the elite men at 11:45. Follow the race live at triathlon.org/live. 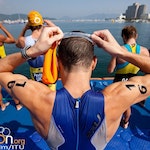 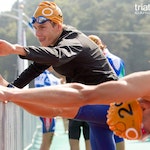 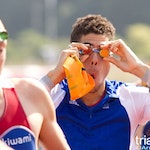 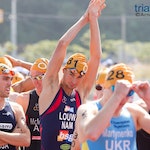 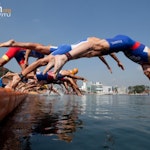 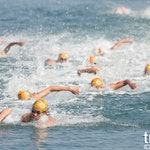 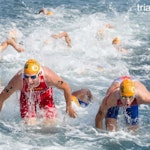 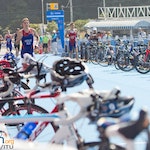 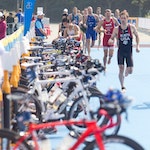 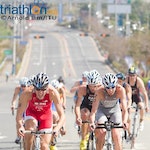 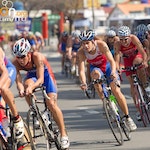 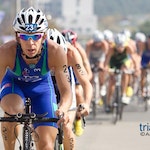