This year’s ASTC Triathlon Asian Championships is a testament to the sport’s development in the region. The host, Yilan, Chinese Taipei will see competitors from 11 nations including Jordan, Mongolia and Iran, over the elite, U23, junior and mixed team events.  But across the board it will be a question of who can beat Japan.

The largest and undoubtedly strongest contingency among the elites is Japan with six women and five men. The women’s race is likely to see Japan fight out podium places between themselves with a team that includes Ai Ueda, Mariko Adachi and Kiyomi Niwata.

Ueda is currently the highest ranked Asian triathlete across both elite men and women.  Her position with the Japanese Olympic team for 2012 was recently confirmed following her performance in the 2011 Dextro Energy Triathlon ITU World Championship Series in London.

Reigning Asian champion, Adachi was ranked number nine in the world in 2010, but has been inconsistent this year offset by injury. A bike problem at the Dextro Energy Triathlon ITU World Championship Series in Yokohama forced her to pull out meaning Adachi may have more left in the tank than her teammates who will race directly off the back of Yokohama.

Niwata is one of only two female triathletes to have competed in three Olympic Games, but despite being a mainstay of the Japanese team since the 1990s, has yet to claim an Asian Championships title. Ueda just beat Niwata in Yokohama as the top two Asian finishers in eight and ninth respectively

Tomoko Sakimoto and Akane Tsuchihashi are additional threats in favour of a Japanese sweep. Sakimoto was 2009 Asian champion and Tsuchihashi took silver at the 2010 Guangzhou Asian Games just ahead of Korea’s Yun-Jung Jang who took bronze. Jang is the only realistic chance of making a dent upon Japanese domination.

Veteran Yekaterina Shatnaya (KAZ) brings with her experience and three Asian Cup wins, but will need an exceptional performance if she is to make an impression in Yilan.

The men’s field is more diverse with Japan, Korea and Iran all entering five athletes each and home nation Chinese Taipei fields four. But it is again Japan that will be hard to match.

Yuichi Hosoda is reigning Asian champion and among the best in the field. Hosoda produced his highest ever Dextro Energy Triathlon ITU World Championship Series finish in Yokohama, just four days before Yilan, where he put everything on the line to try and secure his Olympic spot. He narrowly missed out on the top eight position that was required of the Japanese men and finished tenth.

Hiroki Sugimoto also went all out in Yokohama with a 12th place finish, well ahead of teammates Ryosuke Yamamoto and Hirokatsu Tayama. The two, have each been crowned Asian champion in the past, Yamamoto in both 2008 and 2009 with silver in 2010, and Tayama in 2006.  But a recent drop in form may open up the field.

Korea’s Min Ho Heo made his mark at junior level claiming the Asian Championship title in 2007 and then again in 2009. Heo will surely enter into Yilan determined for a place on the podium after last year at the 2010 Guangzhou Asian Games where he was leading in the run before fading in the final stages to finish fifth.

Athletes will complete the 1500m swim with two laps of the Mehua Lake, cycle 40km in four laps of gently sloping open country roads and end with a similarly sloping 4-lap 10km run around the lake.

This year’s ASTC Triathlon Asian Championships will also stage a mixed team relay as the new event builds momentum within the triathlon world. Japan enters four teams, Chinese Taipei and Hong Kong both have three teams with five other nations each entering one team including Macau and the Philippines.  Team Triathlon was recently included onto the Asian Games programme, beginning in Incheon in 2014.

The team relay will take place on Saturday 24th September at 11:00.  Check back on triathlon.org for recaps, full results and photo galleries. 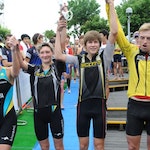 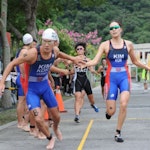 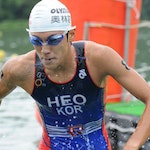 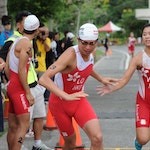 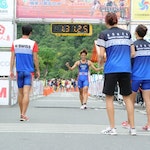 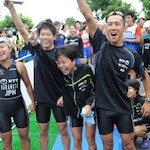 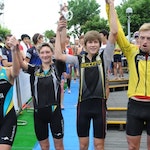 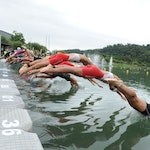 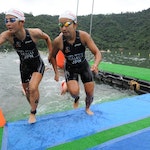 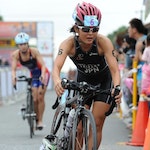 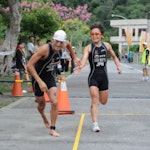 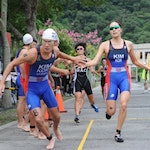