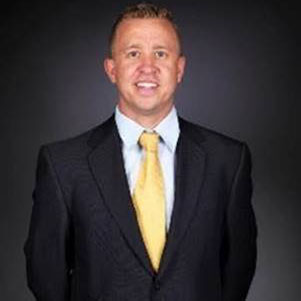 Executive Board Member (elected until 2024)

His professional career started with a bang when he placed third in his first ever event at just 15 years old. With an impressive background in swimming, speed skating, duathlon, aquathlon, triathlon and cycling, winning national championships in all six sports, he was a well-rounded athlete.

Stewart made his first World Championship team in 1989, aged 18, and finished in an incredible fourth place, behind Mark Allen, the most successful competitor in triathlon history.

At age 20, Stewart experienced one of the defining moments of his career, winning the illustrious World Championship in his hometown, the Gold Coast. He remains the youngest triathlete ever to be World Champion.

In 2000, the triathlon made its debut as an Olympic sport at the Sydney Olympic Games. Stewart’s father and long-time coach, Col, was appointed as Head Australian Olympic Triathlon Coach. Under his father’s guidance, Stewart was the first Australian in the event, finishing sixth overall.

His success continued during 2001, when he was awarded the Australian Sports Medal. Continuing to perform at his peak, Stewart competed at the 2002 Commonwealth Games and finished only three seconds behind the winner, Canadian Simon Whitfield, to claim Silver for Australia. Later in 2002, Stewart had three consecutive wins in the ITU races throughout Japan, which he followed with another victory in Nice.

Just like it began, Stewart’s professional career finished with a bang. In 2004, Stewart’s last year on the international circuit, he was selected in the Australian team for the 16th consecutive year, arguably a record unlikely ever to be broken. In 2005, Stewart retired from the professional triathlon circuit ending a triumphant and wildly successful career spanning nearly two decades.

At the completion of his career, Stewart moved into the finance world and started working for Macquarie Bank real estate investment trust in Australia and Charter Hall. Stewart was there for 12 years, Australian Stock Exchange listed trusts. As Head of Retail Leasing, Stewart was heavily involved in the acquisition of 33 Shopping Centre’s delivering financial forecasting and modelling with extensive strategies for growth which took care of all the income for the shopping centre portfolio, across the country. During this time, Stewart managed a staff of 21 across Retail being the Leasing team, Lease Administration and Tenancy Delivery who planned, budgeted, designed and prepared all documentation to completion for both the acquisitions, developments and static Centre’s reporting directly to the CEO.

Stewart then took up a role as CEO of Triathlon Australia which he has done for the last 5 years, during this time he has completed his executive masters in Sports Administration.

Two from two for @jonny_brownlee who teed up another big few years ahead with #ArzachenaWC gold in Sardinia. After… twitter.com/i/web/status/1…
3 hours ago