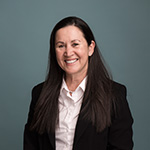 Triathlon achievements, contribution and awards (2012-2016)
ATU Award - recognition of contribution to triathlon in Africa and South Africa (NF and Individual) (2016)
ITU EB representative: on the Competition Jury at the Rio Olympic Games (2016); the Paratriathlon World Championships in Rotterdam, the Netherlands (2016); the IPC General Assembly in Mexico City, Mexico (2015); the World Conference: Science and Triathlon at INSEP in Paris (2015) - also chaired the Paratriathlon
Session; WTS events in Cape Town, South Africa (2015, 2016)
Hosting of first ever ITU Paratriathlon Competition in South Africa and on the African continent (2015, 2016)
Hosting of first ever WTS event and ITU Board meeting in Cape Town, South Africa (2014)
Hosting of WTS event in Cape Town, South Africa (2015, 2016)
Winner of South African Sports Award (Category Federation of the Year) (2014)
African Triathlon Union Award for contribution to triathlon in Africa and South Africa (2014)
Nomination for South African Sports Awards (Category Administration) (2013, 2015)
Winner of the Most Influential Woman in Business and Government Award (Category Sport) (2012)
Finalist in South African Sports Awards (Category Administration) (2012)
Collaboration with BTA and ATU: hosting of coaching course in South Africa (2016)
Memorandum of Agreement between TSA and Senegal Triathlon Federation, to develop triathlon in Senegal (2015)
Hosted junior and youth athletes and coaches from Zimbabwe, Cameroon, Nigeria and Namibia at training camps and courses in South Africa (2015 and 2016)
Represented the ITU at the ITU World Championships Grand Finals and Congresses in Chicago, USA, (2015); Edmonton, Canada, (2014) and London, United Kingdom, (2013); and at the 25th Anniversary of the Inauguration of ITU in Avignon, France (2014)

Personal characteristics
I am a strong team player with good leadership and people skills and I am well respected by my peers. I lead by example, ethically, with vision, competence, courage, determination and integrity. I am a leader who values honesty, openness, accountability and transparency. I balance fairness with firmness, insist on doing things right and doing the right thing. I am able to learn from setbacks and remain open to new learning and experiences and to sharing the learning with others. I believe in equal opportunities and developing people to be the best that they can be. I am confident that I can add value to a very competent, dynamic ITU leadership team.

Olympian 🇫🇷 @LeoBergere had a tremendous last season, which saw him step onto multiple WTCS podiums with phenomenal… twitter.com/i/web/status/1…
Yesterday