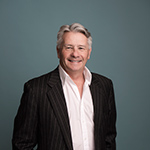 In 1995 Bill was appointed Chairman of the LOC of the ITU World Cup Sydney and conducted 6 ITU World Cups including the Sydney Test event for the Sydney Olympic Games. He was also a member of the LOC for the 1994 ITU Duathlon World Championships.

In 1994 Bill was elected as the Oceania ITU Representative on the Executive Board of ITU and in 1999 was elevated to the position as Treasurer, a position held until 1994. He was Secretary General of ITU from 2004 to 2008, First Vice President from 2008 to 2012 and was re-elected as Vice President in 2012. His role on the ITU Board has largely been one of financial management working with the CEO and Finance Director to maintain financial stability of ITU.

Two from two for @jonny_brownlee who teed up another big few years ahead with #ArzachenaWC gold in Sardinia. After… twitter.com/i/web/status/1…
3 hours ago