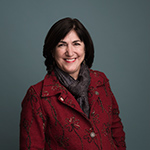 Born in Madrid in 1956, Casado started her sport career in running and field hockey while furthering her education. She competed in the first triathlon in Spain and won the race. Casado has a degree in Philosophy and Hispanic Language and a MBA in Sport Management. She lives in Madrid with her husband Joaquín and daughter Berta.