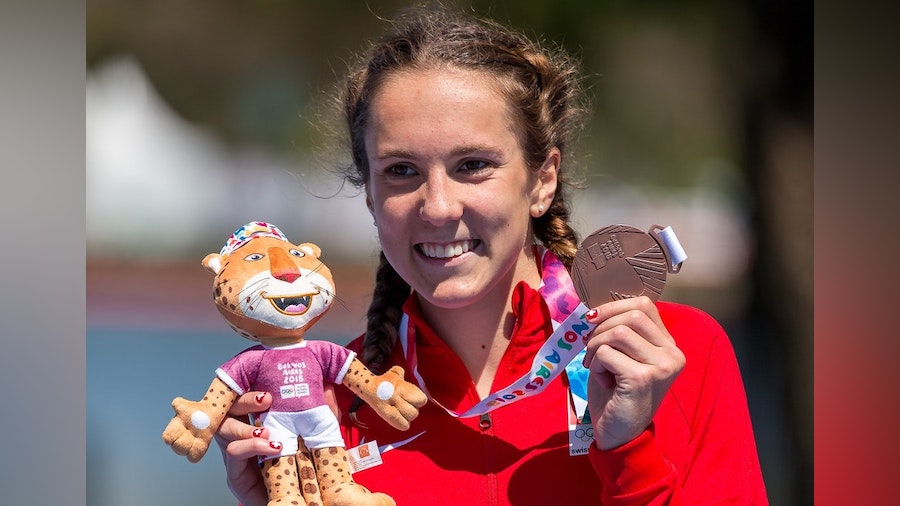 Switzerland has a new multisport star in the making, and while Anja Weber looks determined to follow in the footsteps of her home country’s evergreen hero Nicola Spirig and conquer the world of triathlon, the 17-year-old has a few other aces in the hole. There aren’t many athletes who have successfully straddled the worlds of Summer and Winter Games in their careers. Weber already has.

Leaving last year’s Youth Olympic Games in Buenos Aires with a bronze medal in the individual and gold in the Mixed Relay would be seen by most as an incredible return for a youngster still juggling the stresses and strains of study while making those first steps into the fickle sports world. Weber, who idolises Kristian Blummenfelt and loves the Norwegian racing style, then underlined her credentials with golds in the 7.5km classic and 5km skate and Mixed Relay bronze at the 2019 European Youth Olympic Winter Festival in Bosnia and Herzegovina, where she also had the honour of official flag-bearer for the Swiss team.

“It all feels like one big dream,” admits Weber. “It was three unforgettable weeks in Buenos Aires. The girls’ triathlon was set for the first day of the Games and, on race day itself, a lot went wrong. I stepped on some glass, I had problems with the wetsuit and I got more and more nervous as I was the very last one who came to swim. Despite everything, I kept focused: I came to Buenos Aires for a great race, I’d trained and set my season goals for it.”

The girls’ race boasted a strong line-up of young global talent looking to leave their mark at a first Olympic experience and use it as a launch pad for the next stage of their fledgling careers. “Coming out of the water I was second and afterwards the ride with Sif Bendix Madsen was just perfect. Although I couldn’t match their running performance and I had to let the South African (Amber Schlebusch) pass, I’m overjoyed with my bronze medal. The mixed team relay with Europe 1 was just great as well. Even though I didn’t know them all before the race – I was with Sif Bendix Madsen, Alessandro Crociani and Alexandre Montez – it was just fantastic to win the gold medal.”

Having missed the Buenos Aires opening ceremony, Weber’s two YOG medals out of a total haul of four for Switzerland earned her the honour of flag-bearer at the closing ceremony, an honour she would be able to repeat at the opening of the Winter Festival in Sarajevo.

“In my deepest heart I thought that, if everything went perfectly, I could win a medal there. Two more golds, in the 7.5km classic and 5km skating was absolutely unbelievable, then we won bronze in the Mixed Team Relay!”

Being born in 2001, Sarajevo marked the end of Weber’s Youth Olympic classification, making this remarkable success all the sweeter. Her next five ring-related goal will now have to be centred around representing Switzerland at Beijing 2022, Paris 2024 or LA 2028.

“I train around 12 hours a week at the moment, and had some tough weeks with the Junior World Championship, Swiss Championships and then Sarajevo, with exams and studying in between. I have two more years at school in Zurich, then I want to concentrate on living my life as a professional triathlete or cross-country skier. People always ask which I like more, but the fact is I love both and it never gets boring. In April I’ll just need to swap my skis for my bike!”

Given what she has already achieved in the past six months alone, few who have witnessed this prodigious talent in action would bet against more Olympic success to come, whatever her chosen discipline.