This weekend, Edmonton will welcome an ITU World Cup race to its city for the ninth time. The familiar host city will break from the standard race format in favor of a super speedy sprint 750m swim, 20km bike, 5km run course. The fast and furious race will see top athletes like Erin Densham and Peter Kerr battle for bragging rights in the women’s and men’s races. In her return to ITU racing after winning Olympic bronze in London last year, Erin Densham (AUS), will again headline the women’s start list. Though her form is a question mark, as she has elected not to start in any World Cup or World Triathlon Series events since the 2012 Auckland Grand Final, this Aussie super star’s history suggests she will be in prime podium position.

Flora Duffy (BER) returns to the Canadian city after earning bronze here last year to line up second next to Densham. Duffy’s condition will also be a surprise, as she has not yet raced this season. Look for Claudia Rivas (MEX) to lead off the start. The Mexican is superb on the swim, as well as the bike. With just 5km on the end, Rivas may be in medal contention if she can hang with the leaders on the run.

Joanna Brown is Canada’s highest ranking female on the start list, having finished fifth in the Huatulco World Cup in May just behind Rivas. Brown looks ready for a breakout performance, having raced to bronze in the Under23 division at the Grand Final in Auckland last year.

Teammate and rising star Amelie Kretz will also look to make an impact on the elite field. Just 20 years old, she’s been steadily knocking off top performances this year like her win at the Bridgetown Sprint Pan American Cup. Peter Kerr (AUS) will be one of the men to watch this weekend, as he won the Continental Championships in Australia earlier this year in both the sprint and Olympic distances. He also scored bronze at the Mooloolaba World Cup against a talented field and will look to continue his strong season in Edmonton.

Local hopes lie with Canadians Andrew Yorke and Kyle Jones. Yorke is currently the second-highest ranking Canadian in the men’s charts, while Jones won his first ITU World Cup in Edmonton last year. He continues to looks fierce in the sprint distance having finished fifth in the Clermont Sprint Pan American Cup behind a stellar group of men.

Richard Varga (SVK) is always exceptional on the swim, but with just 750m to work with on the front, it may not be enough distance to secure a strong lead. Varga’s bike form appeared improved at ETU European Championships in Alanya last weekend before suffering a punctured tire that ended his race.

Grégory Rouault (FRA) could be a threat on the World Cup circuit this year with a fourth-place finish in Ishigaki and a win in the sprint distance at the Geelong Oceania Cup under his belt. Sergio Sarmiento (MEX) continues his elite comeback from last year after a bike accident took him out of the sport for five years. Sarmiento closed the 2012 year with a win at the Cancun World Cup with solid shape in all three disciplines.

Both the men and women will compete on Sunday, 23 June with the women taking off first at 1:30pm local time and the men starting at 3:00pm. For live updates, follow us on twitter at @triathlonlive. 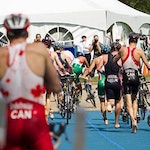 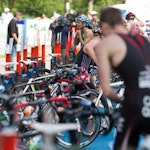 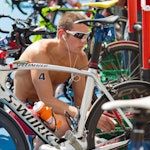 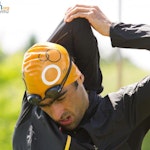 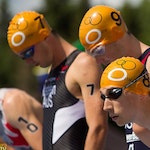 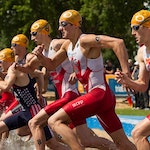 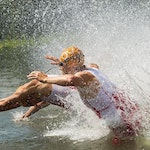 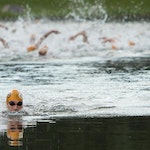 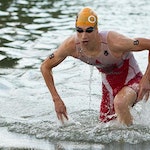 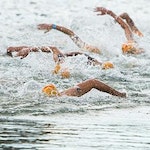 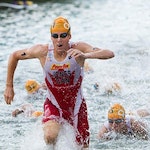 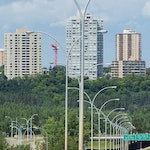