The halfway mark of the 2015 ITU World Cup series has arrived with the elites crossing the Pacific to North America on to Huatulco, Mexico. The fourth stop of the eight-part circuit will see local favourites and international notables in both the men’s and women’s races pinned up against one another in the hot and hilly one-lap swim, four-lap bike and two-lap run sprint course.

Women’s Preview:
Lisa Perterer (AUT) tops the women’s start list. She earned the silver medal in Huatulco in 2013 and has had three top-five finishes this season including a bronze medal in the Chengdu World Cup last month.

USA’s Renee Tomlin has been having her best season to date. A newcomer in the sport, she will be making her debut in Huatulco after finishing in second in New Plymouth and first in Chengdu this season—her first World Cup title.

Despite some unfamiliar placing this season, Erin Densham (AUS) enters the Mexican sprint with seasoned experience and results. Two years of injury and illness has given the Aussie some troubles, but despite battling a slightly torn hamstring, she put up a phenomenal run in WTS London and has been able to get in a solid block of training this year and continues to improve each race. The veteran and 2012 London Olympic bronze medallist has yet to race in Huatulco and is sure to impress on Sunday.

Also marking the start list is Mateja Simic (SLO), who podiumed last year in Huatulco with her third-place finish. Felicity Sheedy-Ryan (AUS) is a duathlon World Champion, while she has spent more time focusing on triathlon the last few years, she is sure to be among the leaderboard in the bike and run legs. Mexican hometown heroes Crisanto Grajales and Irving Perez line up as the first two names on the men’s start list. Grajales has seen a most improved 2015 season so far, posting three top-ten finishes in the World Triathlon Series. His best race to date this season resulted in Yokohama, when he earned fifth place. While historically he has not seen the best results in Huatulco, Grajales’ continuous advancements in the rankings could put him in a good position to make his first 2015 podium.

Perez took the bronze medal in Huatulco in 2013. While his best finish this year was in the Chengdu World Cup at tenth, he proved that he can handle the hot and humid Huatulco heat.

The reigning 2014 Huatulco champion Luciano Taccone (ARG) returns to the Pacific coastal city to potentially reclaim his title. He also earned the silver medal in 2013, so his strong track record in the race could increase his odds.

Italian Davide Uccellari was the silver medallist last year and graces the start list. He has two top-twenty finishes this season.

Neighboring competitor Kevin McDowell (USA) posted his best race this year in Chengdu when he took the bronze and will be making his debut in Huatulco on Sunday.

Reinaldo Colucci (BRA) is set to start his 2015 season this weekend. Considered a strong hope for Brazil’s team going into Rio next summer, he is a strong swimmer and biker, so look out for him in the first two legs. Another strong rival in the swim and bike in South Africa’s Wian Sullwald, a former Junior World Champion, he won his first World Cup title last year in Chengdu and is overdue for another one. 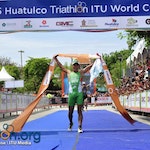 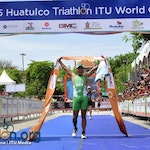 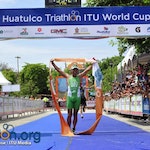 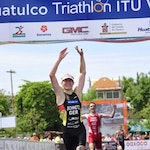 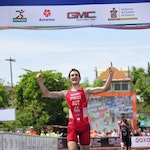 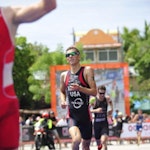 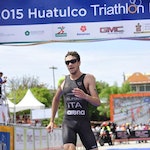 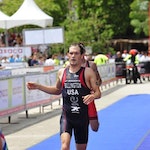 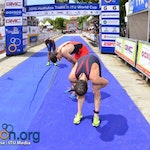