Who will be the 2011 ITU World Champion? Men's Preview

The Dextro Energy Triathlon ITU World Championship Series is Back

It’s that time of the year again; a time for legends to be made; a time for champions to be challenged and a time for the best racing triathlon has to offer.

The Dextro Energy Triathlon ITU World Championship Series will kick off in dramatic style on the steps of the Sydney Opera House on April 10.

The series is sure to offer its share of thrills, spills and surprises as every season has done so far. When you pack 110 of the world’s best triathletes on the start pontoon, nothing else would be expected.

Predicting triathlon has become almost like a black art, next to impossible to get right and the element of surprise is never far away.

This time last year, few would have predicted that countless news stories would be written about the likes of Paula Findlay, Barbara Riveros Diaz and Joao Silva. However amid all this uncertainty, there are some athletes that can always be counted on to perform on the big day.  Javier Gomez and Emma Moffatt demonstrated why they are multiple World Champions, with devastatingly consistent performances; and this consistency is at the highest level. In Hamburg and London, pushed to the limit by the Brownlee brothers and Jan Frodeno, Gomez incredibly clocked two consecutive sub-30 minute 10km runs within the space of a week.

With a stacked start list already for the Sydney season-opener it’s looking like it will be a barnstormer of a season. Expect to see the Southern Hemisphere athletes in good form initially, having sharpened their race fitness in their summer racing season. However as the last two seasons have taught us; it will be the athletes who can maintain this form over the entire season who will be crowned champions.

In the elite men’s field all eyes will be on the battle between Spain’s Javier Gomez and Great Britain’s Alistair Brownlee. It could be a battle of health as much as anything as both had injury plagued seasons last year. Gomez missed the season opener in Sydney last year and looked noticeably rusty in the second race in Seoul, it wasn’t until the latter part of the season where he came into his own. Brownlee also battled much of the season with injury and illness, but making his debut in the season in Madrid he romped home to an emphatic win and unlike Gomez showed no signs of a pre-season crippled with injury. Brownlee later claimed that the Madrid race was the proudest win in his career. Another difference is that Brownlee will still need to focus on Olympic selection in the London and Beijing races; such is the strength of the British team. These two races are important qualification races for Great Britain and the memory of London last year, where Brownlee faltered in the last 400 metres, is sure to be in the back of his mind. Gomez however is free to concentrate on securing his third world title, with selection for London all but guaranteed. Just like in last year’s Grand Final in Budapest though, where Brownlee took the race honours but Gomez the title, this season is sure to be a ‘Battle Royale’ between the two greats.

The Germans are once again set to be a major factor in the series.  Steffen Justus finished the season in second place last year, following up his fifth place overall in 2009. If this impressive trend of improvement continues then Justus could be challenging for gold this year. However without a win to his name yet, it remains to be seen if he can really challenge for that top position. Jan Frodeno, who won gold at the 2008 Beijing Games, will be aiming to become the only male triathlete ever to be crowed world and Olympic champion after finishing fourth in the last two seasons. Brad Kahlefeldt is leading the Australian charge after an impressive 2010 season. With national selection almost assured for the Olympic team, the 2006 Commonwealth Games Champion can focus on maintaining his form throughout the season. Fellow Australian Courtney Atkinson and New Zealand’s Bevan Docherty are always a threat, but will need to maintain more consistency than previous years to be in with a chance of the title.

Expect to see the emergence of some of some young names too this year. Who would bet against Jonathan Brownlee challenging his brother for the top podium spot this year?  Watch this space. Portugal’s Joao Silva will be another rising star to watch; with a strong finish to last season the youngster could be set to make a few upsets in 2011.

What happens in the season remains to be seen but Sydney will be the first test for the athletes as the season opener of the eight round series.  The tour will then move to Yokohama, Japan. Next the athletes will head to Europe with events in Madrid, Kitzbühel, Hamburg and London. London will be the test event for the 2012 Olympic Games and the course will offer the athletes a final preview of what awaits them one year later.  Finally the tour will complete its Olympic circle and finish with the Grand Final in Beijing, on the same course as the 2008 Beijing Olympic Games. 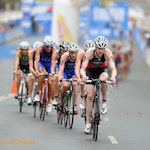 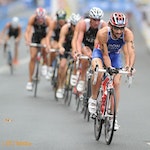 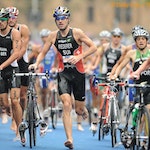 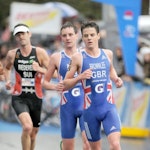 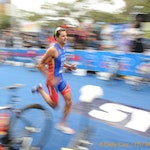 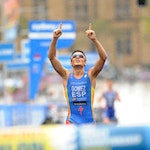 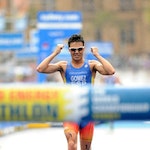 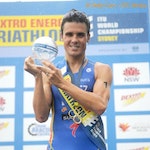 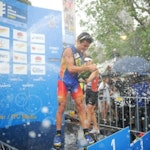 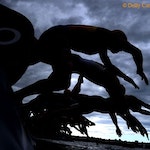 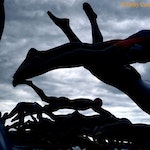 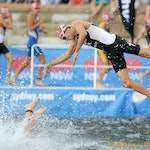