Sprint races, middle distances championships, paratriathlon and World Cups all in one weekend. It was triathlon heaven and a pure system overload in the best sense. If all the multisport action had your head spinning as much as it did ours, check out this quick and easy recap of all the action that went down.

2013 Barcelona ETU Challenge Middle Distance Triathlon European Championships
Olympic Silver medallist Javier Gomez added another title to his CV with a supreme performance in Barcelona. The Spaniard, making his middle distance debut, was never far from the front of the race throughout the course and when he left T2 in first place he continuously increased his advantage to finish in 4:05:17, six minutes ahead of the runner up. Denmark’s Martin Jensen and Jens Toft completed the podium. Jensen, who was unable to compete throughout the major part of 2012 due to injury, was satisfied with his race. Full men’s recap here.

Camilla Pedersen triumphed for a second year in a row at Challenge Barcelona to win the ETU Challenge Middle Distance Triathlon European Championships. Ireland’s Eimear Mullan was second and Maria Czesnik secured the bronze medal in third place. It was Pedersen’s first victory at this level since her 2011 win at Tampere in the ETU Long Distance Championships. Full women’s recap here. Full results can be found here

Despite cold, wet conditions that forced race organisers to change the race from a triathlon to a 5km run, 20km bike, 2.5km duathlon, 46 athletes turned out for the race. The event was well supported by the city of Besancon and was hailed as a success by athletes and triathlon officials. 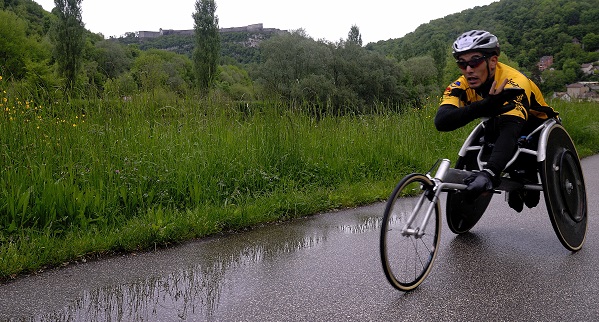 2013 Chizhou ITU Triathlon Premium Asian Cup
Australian men cleaned up at the Asian Cup in China, sweeping first and third with Russian Vladimir Turbayevskiy sandwiched between Jesse Featonby and Mitchell Kealey on the podium. Although Kealey and Turbayevskiy exited the water together and continued their race side by side on the bike, it was Featonby who powered ahead with a solid bike leg to earn the title in 1:52:09.

Similarly, Aussie women proved their strength, sweeping gold and silver with top finishes from Kirralee Seidel and Gillian Backhouse. Although Seidel was one of the last athletes to transition to the bike, a stellar cycle put her back in medal contention before she sealed the deal with a superb run. Backhouse crossed over next, while Laura Wood rounded out the top 3.

2013 Larache ITU Sprint Triathlon African Cup
Spain proved its fast and furious speed in Morocco in the men’s race with Spaniards making up six of the top 10 spots. Jesus Gomar and Vicente Hernandez executed nearly identical race plans. In a dash for the finish, Gomar just inched out Hernandez for the win leaving his teammate with second. France’s Aurelien Lescure took third more than a minute later.

The women’s race saw a tight three-way battle for top spot, but in the end it was Julie Nivoix who had just enough left in the tank to overpower Aida Valino and Natalie Milne, who took second and third respectively.