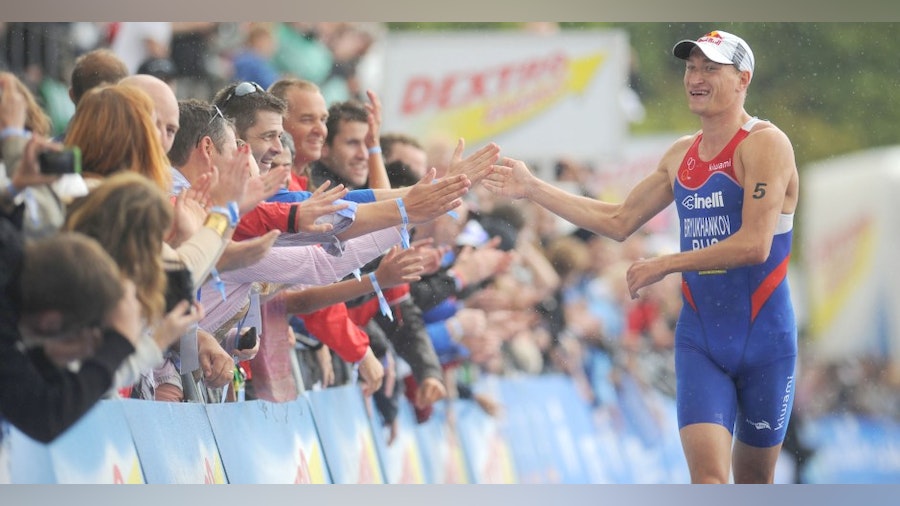 Bryukhankov highlights a powerful men’s team that could shape the race.  Last year Bryukhankov claimed silver on the 2012 London Olympic course at the ITU World Championship Series race, finishing just behind Alistair Brownlee.  He has been solid in 2012, picking up silver at the European Championships and in Madrid.  The big Russian has earned the top spot from his consistent performances this year which also includes a 5th place in Sydney and silver in Yokohama at the end of last year.  Widely believed to be Russia’s best medal contender, London will be his second Olympic Games.  Bryukhankov finished 24th in Beijing 2008.

Both him and and Polyanskiy currently lie in first and second position respectively in the ITU World Triathlon Series rankings.

Polyanskiy has also been consistently solid since last summer.  Already this year he’s finished inside the top ten at the European Championships and Sydney and collected bronze medals in Madrid and most recently in Banyoles this past weekend.  With two ITU World Cup titles to his name, he will head to his second Olympic Games, after finishing 22nd in Beijing four years ago.

Vasiliev finished just behind his Russian teammates in Madrid in fourth and similarly crossed the line just behind Bryukhankov at the opening WTS in Sydney.  Vasiliev travels to his first Olympic Games in London.

For the Russian women, Razarenova just missed out on a World Cup medal in Huatulco last month and makes her Olympic debut in London. Abysova competed at the 2008 Beijing Olympic Games and has two ITU World Cup medals to date.