Highlights from the Paratriathlon World Championships in Auckland

It might be four years away, but paratriathletes already have Rio on their mind after a record breaking ITU Paratriathlon World Championships in Auckland on Monday.

The water temperature designated that the swim was reduced from 750m to 300m according to the ITU Paratriathlon rules and races started in three waves to complete the rest of the 20km bike and 5km run.

Australia’s Bill Chaffey was the first finisher across the line, claiming his third ITU World Paratriathlon Championship in TRI-1 with a stellar wheelchair leg to roll past the USA’s Andre Kaljich. Chaffey said afterwards he was worried when his strongest discipline was cut short, but managed to still pull away.

“I spoke to my coach about it, he gave me a game plan, you know the swim is your strength but you know you have done the work in the bike and the run too as well so you know, he talked me up well and got me through,” Chaffey said. “He basically said, ‘don’t worry about anyone else,’ everyone is worried about you.”

Chaffey said he was excited to be part of the sport in the lead into its first Paralympics.

“It just keeps getting bigger and bigger which makes it more and more exciting, it’s very strong competition and each year everyone gets better and everyone keeps getting closer,” he said. “I’ve got to keep doing more work. But Rio, that’s number one.”

Although he didn’t back up with another medal after his Beijing podium, Morocco’s Mohamed Lahna was one of the stars of the day after being recognised from a photo taken on last year’s finish line.

The image, captured by Delly Carr, went on to be voted by the fans as 2011 ITU Photo of the Year, and he said it added to a brilliant year in which he moved to California with his wife and became a first-time parent.

“This year I felt like I had extra pressure because last year a lot of people, they contact me about this picture and they add me on Facebook, it was everywhere really, which was great, I think this photo is a very big thing for me,” Lahna said.

“I hope I can keep going to Rio 2016 because this is my big goal, really my goal is to be one of my medallists of these first games.”

Brazil also fielded a strong team, as they build to hosting Paratriathlon’s debut in the paralympics and bronze medallist in the men’s TRI-6, Rodrigo Feola, said all Paralympic sport in Brazil was growing quickly.

“Each year we are growing and growing in many different sports,” he said. “So we have a good expectation for our Paralympic team, we think we will have lots of medals because we are working hard.” 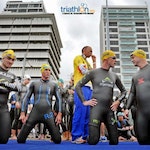 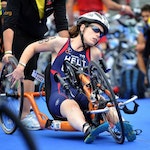 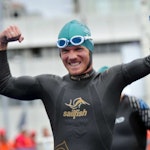 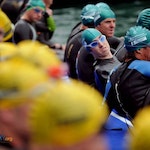 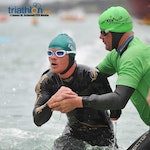 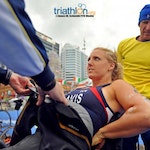 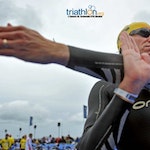 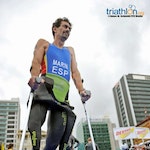 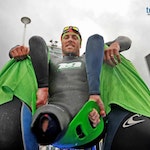 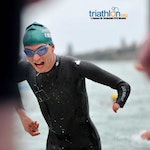 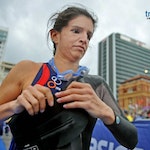 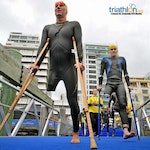