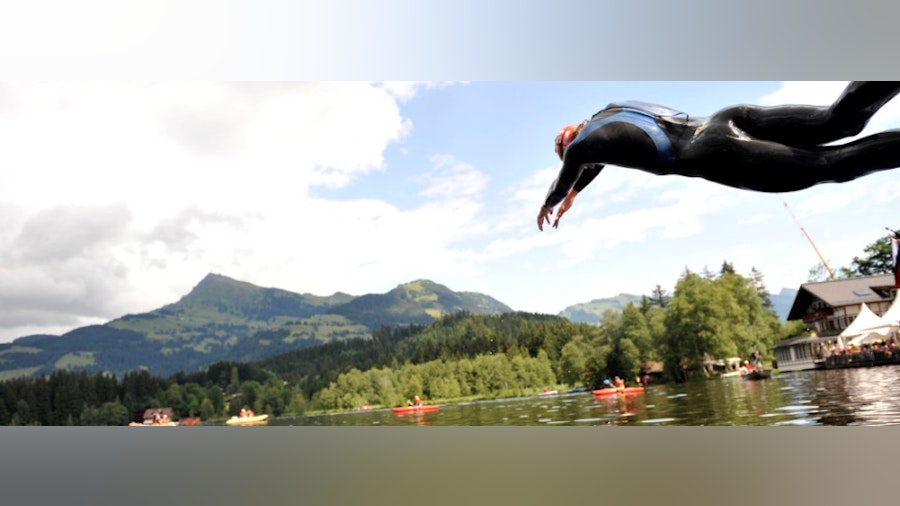 The 2012 ITU World Triathlon Kitzbühel welcomes the seventh year of ITU racing in the picturesque Austrian town.  Home to the legendary Hahnenkamm and one of the most storied downhill ski races in the world, the beautiful Alpine landscape is as equally suited to triathlon.  Kitzbühel has been a tour favourite for the athletes since the event was an ETU European Cup in 2006, an ITU World Cup and then part of the ITU World Championship Series since its launch in 2009. As one of the smallest host locations on the world circuit, Kitzbühel is popular among athletes and fans alike. The race begins with a dive into natural moorland emerald waters of Schwarzsee Lake, before the challenging bike course twists around sharp bends and fast narrow descents through the centre of town. The fast run is flat and the mountain weather often presents quickly changing race conditions.

Alistair Brownlee, Paula Findlay and Andrea Hewitt have enjoyed particular success in Kitzbühel, where it has become customary for athletes to be offered a trip up the famous Hahnenkamm after the tough race weekend.

Although international triathlons have been staged in Kitzbühel since 1989, Austria held its first ITU race in 2006 with a Premium European Cup. Austria’s Tania Haiboeck delighted the home crowd by winning the women’s race, with Hewitt taking bronze. This was the beginning of what would become a familiar position for Hewitt who has more Kitzbühel podium finishes over any athlete, with four.

The next year Hewitt took her first ITU World Cup title in Kitzbühel as it played host to its first World Cup following the resounding success of the 2006 event. In the men’s race, soon to be four-time Olympian, Canada’s Simon Whitfield collected his ninth World Cup victory with his total currently standing at 11. In 2008, Kitzbühel held the final ITU World Cup before the Beijing Olympic Games. Switzerland’s Nicola Spirig took the World Cup title and went on to finish sixth in Beijing. Spaniard Ivan Rana emerged from the recent shadows of Javier Gomez to take the men’s gold, then finished fifth in Beijing, just behind Gomez.  The race also marked Jonathan Brownlee’s World Cup debut, finishing 17th after having only previously competed at junior level.

Kitzbühel was then to join triathlon’s new premier league of racing in 2009, as one of only three host locations to have held the World Championship Series on each of its four years to date. Spirig was back on the podium along with Hewitt but it was Australia’s Emma Moffatt who took top honours. In its first year, Great Britain’s Alistair Brownlee was busy making the series his own. From the entire series of eight races in 2009, he won each of the five that he raced including Kitzbühel and the Gold Coast Grand Final. In fact the only person to beat Brownlee in the whole of 2009 was Gomez at 2009 Holten ETU Triathlon European Championships.

2010 saw the arrival of a new name on the triathlon circuit that had gone from relatively unknown to one of the most talked about within a matter of weeks. Canadian Paula Findlay won her second ITU World Championship Series race in a row in Kitzbühel, running away from Sweden’s Lisa Norden and Hewitt. In the men’s race, Stuart Hayes successfully used a daring breakaway on the bike to secure his first career ITU victory.

The following year, Findlay won the Austrian leg of the series again to become the most successful woman in ITU World Series history with five wins. A month later Moffatt equalled the record with a win in Hamburg, but the two women still share the record today.

Alistair Brownlee topped the podium again in 2011 for his tenth series win. As the clouds dropped to cover the mountains as the men lined up, the heavens promptly opened for a testing race. With conditions akin to Brownlee’s homeland, the elements did not faze him. “I looked at the sport and I thought I want to be a kind of athlete who can win in any condition on any day, on any course, independent of how the race goes, and I think that’s what I’m trying to do at the moment,” said Brownlee after last year’s race in Kitzbühel.

This year all eyes will be watching Alistair Brownlee as he enters his first ITU race in this crucial Olympic year after suffering from an Achilles tendon injury. Findlay remains absent from Kitzbühel as she is yet to return to ITU racing in 2012, following injury at the end of last season.

The 2012 ITU World Triathln Kitzbühel gets underway this weekend with the elite women’s race at 3:06pm on Saturday 23 June, followed by the elite men at 3:06pm on Sunday 24 June. Follow every movement live through www.triathlonlive.tv. Follow on Twitter at twitter.com/triathlonlive.