Hat Trick for Brownlee in Austria

Great Britains Alistair Brownlee made it three out of three with victory at the Kitzbhel Dextro Energy Triathlon ITU World Championship Series in Austria. The 21 year old remains unbeaten in the series following wins in Madrid and Washington, DC. Crossing the line in 1:43:13 he held off Spains European champion, Javier Gomez, and Frenchman Laurent Vidal under threatening alpine skies.

Brownlees victory also took the Brit to the top of the Dextro Energy Triathlon ITU World Championship Rankings once again following four of the eight series legs. His 2400 points total overhauls Gomezs 2368 with Vidal moving into third on 1963.

Brownlee exited the 1500m swim with the leaders but nearly scuppered his chances early on as he lost a shoe whilst mounting his bike on the exit of transition. Fortunately he was able to get it back on and rejoin the lead pack.

“I cant believe I won. I felt absolutely awful in the swim and out on the bike but once I got on the run I felt great.”
Alistair Brownlee

With the rain starting to fall the slippery conditions claimed Alexander Brukhankov from Russia and Beijing Olympic Games bronze medallist Bevan Docherty who both came down on one of the tricky descents. Canadas Paul Tichelaar and Bruno Pais from Portugal tried to make the most of the apprehension within the pack by breaking away, however their 20 second lead by second transition was not enough to hold off the chasers.

As in Madrid and Washington, DC, Brownlee made his move early on the run as he accelerated away from Gomez, Vidal and the German pair of Daniel Unger and Maik Petzold. Alistairs 19 year old younger brother, Jonathan, the recently crowned European junior champion, also remained in the thick of the action before dropping back late on.

After 5km the older Brownlee held a 100 metre lead, however a surging Gomez started to track him down ensuring an exciting finish. However the Brit remained relaxed and was able to hold off the Spaniard to claim his third win as he enjoyed the applause of the Austrian crowd in the finishing straight. Just behind Gomez, Vidal kicked off the final turn to pull away from Petzold to prevent a repeat podium from the Washington, DC Dextro Energy Triathlon ITU World Championship race.

Petzold finished fourth with compatriot Unger, who made a last minute decision to compete as his wife was due to give birth earlier this week, in fifth.

I cant believe I won, said Brownlee. I felt absolutely awful in the swim and out on the bike but once I got on the run I felt great. It was a bit like training back in Yorkshire with the rain and cold conditions, and maybe that helped me. Im not really thinking too much about leading the Dextro Energy Triathlon ITU World Championship Series right now, Im just looking forward to the next race and having the opportunity to compete in London in a months time.

Tomorrow sees the womens race which starts at 4pm local time. The next round of the Dextro Energy Triathlon ITU World Championship Series is in Hamburg, Germany, in two weeks. 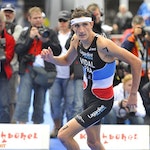 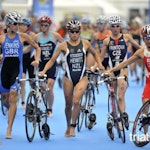 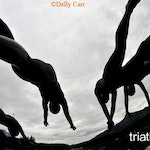 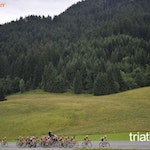 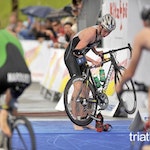 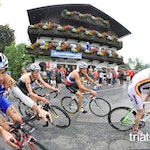 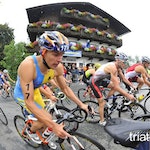 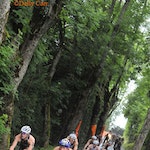 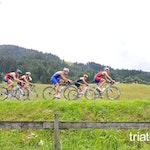 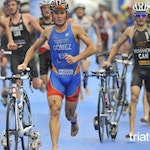 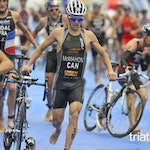 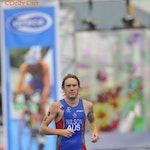