by Merryn Sherwood on 12 Jul, 2014 01:07 • Español
Gwen Jorgensen's almost flawless 2014 season added yet another chapter in Germany, when the American became the first athlete to win four consecutive World Triathlon Series races in the same...

Gwen Jorgensen‘s almost flawless 2014 season added yet another chapter in Germany on Saturday, when the American became the first athlete to win four consecutive World Triathlon Series races in the same season in Hamburg.

After wins in Yokohama, London and Chicago, Jorgensen was firmly the favourite to beat in the sprint race in Hamburg. And she didn’t disappoint. Despite being caught up at the tail of a large lead group leaving T2, Jorgensen worked her way to the front with ruthless efficiency.

In the final of two 2.5km laps, she pulled away from Canada’s Kirsten Sweetland and Australia’s Emma Jackson to etch her name into the history books.

“It was really hard out there, I didn’t have a great position on the bike and the run was really hard too, those girls really made me work,” Jorgensen said. “They were really coming for me at the end and I was really scared, I was tired, but I just have it everything I had.”

Already the woman with the most wins in WTS history after Chicago, Jorgensen’s title haul now stands at seven race wins. She is now equal with Emma Moffatt for most wins within a single season, but no athlete before has taken them in consecutive WTS races.

“I try not to think about it too much and I just try and execute every race, but I think it’s just testament to how much great support I have,” Jorgensen said. “Thank you to USA Triathlon, Jamie, Patrick, my training partners, everyone.”

True to its reputation, thousands of triathlon enthusiasts lined up for the women’s race which saw a frenetic start. Alice Betto and Pamela Oliveira didn’t even wait for the first buoy to announce themselves as the swim leaders. It’s a lead they held decidedly throughout the one-lap 750m swim, as they rocked up the ramp out of the lake first.

The field followed them out in a fast succession, making for one congested transition, with big players Gwen Jorgensen, Helen Jenkins, and Sarah Groff out of T1 in the first group. Jodie Stimpson followed and Emma Moffatt followed 15 seconds down to head up the chase group.

Lucy Hall took the helm of the leaders and tried to hammer out a pace the chase couldn’t catch, and was joined by Kirsten Sweetland for a short time, but Stimpson and Moffatt were not to be left out of the race. Moffatt shut the deficit down quickly and by the third lap there was no gap left, making it a group of around 30 athletes.  Included in that group was also serious runners Lisa Norden, Ashleigh Gentle, Ainhoa Murua, Andrea Hewitt, and Emma Jackson.

Despite the size of that large group, they still managed to put time into a chase group led by Erin Densham. They started just 20 seconds back, but by lap four that gap had stretched to a minute, enough to push them out of medal contention.

Stimpson, together with Sweetland and Annamaria Mazzetti, stormed to a quick lead on the run with a furious transition while Jorgensen got stuck in a line of runners on their way out. But that only fueled the No.1 ranked American to pick off the women even faster than usual.

At the halfway mark, she had bridged up to a clear lead group of six, Jorgensen, Stimpson, Mazzetti, Sweetland, Hewitt and Jackson. With one kilometre to go Jorgensen pulled away to yet another comfortable win.

Behind her, Jackson and Sweetland played out an intriguing battle, with each surging and pulling ahead of each before Jackson claimed the honours in the sprint to the finish line. It was the Australian’s fifth World Triathlon Series podium, her third in a sprint distance race and second at Hamburg. It was Sweetland’s first World Triathlon Series podium, marking a comeback after a frustrating period with injury. 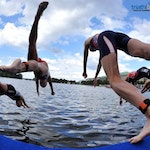 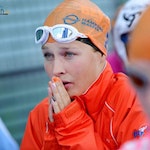 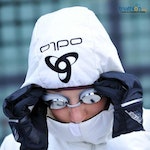 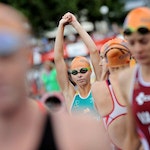 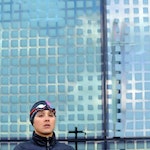 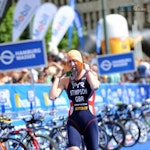 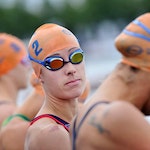 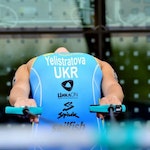 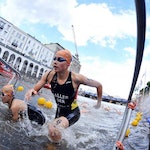 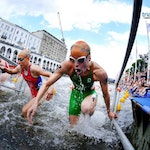 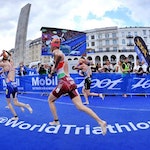 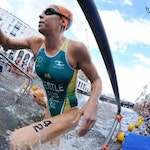