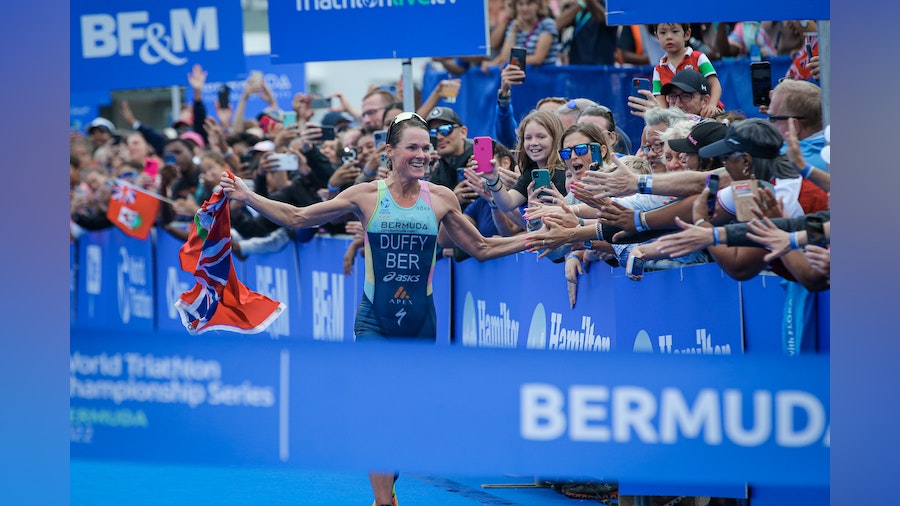 There was simply no denying the imperious Flora Duffy a second WTCS Bermuda gold on Sunday afternoon in Hamilton, nor the thousands of fans lining the streets of the capital desperate to help cheer their hero to glory.

Chasing a record fourth world title, Duffy knew that a win here and again in Abu Dhabi would make that goal a reality and set about the task with her trademark focus from the very first strokes of the swim. Hitting the front and riding solo on the first laps of the bike, she was joined by Maya Kingma and the two hauled each other round the remainder of the bike, combining perfectly to keep the rest of the field – and specifically Taylor Knibb – at bay.

Knibb was able to power into third by the end of the bike but onto the run could only catch the injury affected Kingma, Duffy running the full 10km solo to a rapturous reception down the blue carpet, GB’s Beth Potter powering her way to bronze and another excellent podium in 2022.

“Today was incredible,” said a beaming Flora Duffy afterwards. “I couldn’t have asked for a better race. I was hoping to have a good day, the crowd was amazing, but racing at home as Olympic Champion I knew I needed a big performance. It was one of those days where everything lined up, I was just so thankful for Maya on the bike who was so strong, and the crowd pulled me through on that 10km run. It was really difficult to keep my composure and then that last lap I was just able to soak it in and enjoy it.”

—
Duffy took to the far left of the pontoon as the chop was starting to pick up for the 47 women taking up their starting positions, Potter by the race number one’s side.

Rising Italian star Bianca Seregni was leading at the first exit with Duffy right behind, Brazil’s Vittoria Lopes and USA’s Summer Rappaport following them up the ramp and then back in for the second lap.

Knibb was 22 seconds back at that stage, and 32 seconds by the end of lap two as the field strung out, while up ahead, GB’s Sophie Coldwell was the closest of the chasers to getting out in time to catch Duffy’s wheels but along with Rappaport, Seregni, Kingma and Lopes soon found herself chasing the Olympic Champion’s shadows.

As Taylor Spivey joined that group, so Kingma then pulled clear to bridge up to Duffy, a welcome sight for the Bermudian not wanting another 40km solo ride to keep Knibb at arm’s length. The rain came down, and that pair scythed through the course even more effectively, while Knibb took a little longer to catch the chasers.

Not that it took long for the American to do so, and just as quickly as she had joined them, she was out the other side and, with nobody able to go with her, began her own solo chase.

Sadly for Knibb, Duffy and Kingma were working so well together that the final two laps saw them extending their advantage, and by the time Duffy was away from the second transition with the crowd carrying her along on each stride, the win never looked in any doubt.

Kingma, nursing a twisted ankle, was simply hoping to hang on for as long as possible, and did so bravely for almost two laps before Knibb passed and then Beth Potter, relentless in her closing down to move into the bronze spot and keep her chances of a Series podium very much alive.

“There were good parts and parts that I can work on,” reflected Knibb. “Congrats to Flora, she crushed here on her course, and it was so fun to be here. She definitely put up a show and taught us a lesson on how to dominate a race. There is still a lot of work to do on our side but hopefully the gap was closer (between her and me) than the last time we both raced here. And hats off to Beth Potter, she had a great race, I was so scared of her the whole time, especially on the last part of the run. I knew she was coming in hot… so I tried to put as much time as I could. you gotta play the cards that you have!”

“I am pretty pleased today, it is such a pleasure to be on the podium with two of the best riders of the planet,” said Beth Potter. “I wish I had gone with (Knibb) but I didn’t believe in myself enough, maybe I should be a bit more gutsy, but I am still happy with how the day went. It is another step in the right direction. This has been a mad season, I am looking forward to Abu Dhabi. 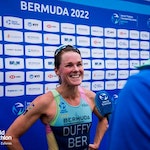 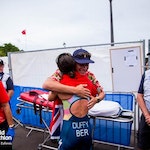 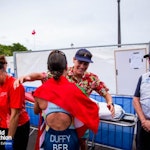 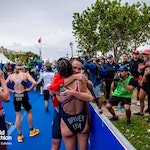 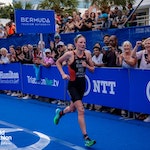 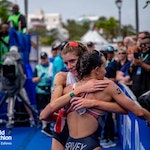 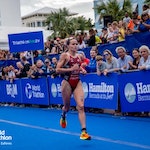 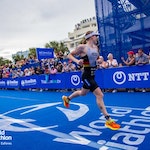 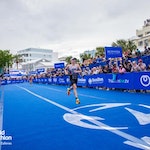 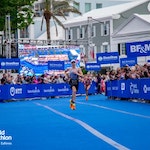 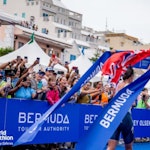 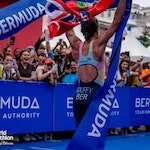