Ottawa proved to be a hotspot for first-time Duathlon World Champions, as Richard Horton (GBR) was the only competitor in the Junior and U23 divisions to repeat his World Title. Following the elite Duathlon World Championships in July that were decided alongside the Cali World Games, the Junior, Under23, Paraduathlon and Age Group races were contested in Ottawa on Saturday.

Junior and Under23 Women
Holding the Junior and U23 divisions at the same proved the perfect opportunity for Junior athlete Georgina Schwiening (GBR) and U23 competitor Petra Fasungova (SVK) to each take home their first Duathlon World Championship titles in their respective categories. The pair, along with Junior athletes Ivana Kuriackova (SVK) and Kate Curran, ran to an early lead on the first 5km run.

But Schwiening and Fasungova couldn’t be held back on the bike, as they quickly broke away from the four-person pack. The duo rode together on the three lap 19.5km course. With a clear shot at gold, Fasungova bolted off the bike for the final 2.5km run, leaving her younger racing partner behind.

Despite competing in the elite race just two weeks ago, Fasungova split a time of 8:57 to win the U23 title, adding to a successful year that saw her win the 2013 Horst ETU Powerman Long Distance and Sprint Duathlon European Championships. Schwiening was the next athlete to cross over in a time of 1:02:32 to win the Junior title, an improvement from her silver medal in the event last year.

Japan’s Natsumi Takahashi and Miki Sakai joined Fasungova on the U23 podium, while Kuriackova and Curran rounded out the Junior medal stand.

Junior and Under23 Men
Just as the women did, the men competed alongside one another in the Junior and U23 races, creating the scene for an electric battle that saw four junior athletes beat out all but one U23 competitor.

A large group formed on the first 5km run with nine athletes hammering out an impressive speed as they all ran under 15 minutes. The group began to break up on the 20km bike course after Junior Cross Triathlon World Champion Jorik Van Egdom (NED) forced the men to chase him. Richard Horton (GBR) and Anders Lund Hansen (DEN) did just that, while the remaining field fell back.

Although Van Edgom was competing in the Junior division, Horton was determined not to let him cross the finish line first. A furiously fast transition allowed Horton to close in on Van Egdom, moving into striking range on the 2.5km run. In the final metres, the Brit sailed past Van Edgom to claim the U23 title in the fastest time of the day in 53:33.

Van Egdom crossed over next in 53:54 followed by Junior medallists Lund Hansen and Calum Johnson (GBR). Peter Ostergaard (DEN) earned the U23 silver nearly a minute after Horton, while Canada’s own Connor Darlington earned bronze. 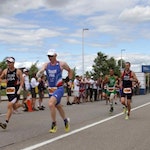 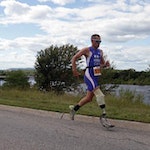 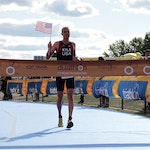 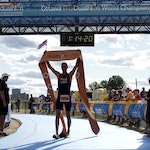 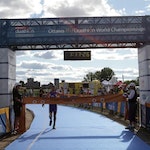 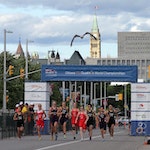 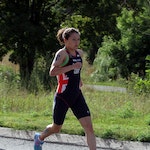 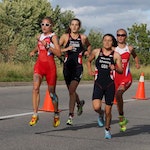 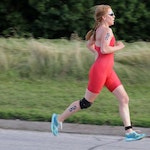 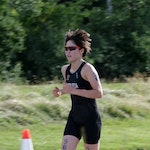 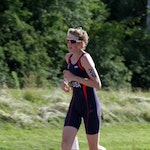 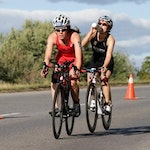