This Saturday, The Hague-Kijkduin will welcome the third ITU Cross Triathlon World Championships with over 650 athletes slated to compete in the 1km swim, 26km mountain bike and 9km cross-country trail run. The World Championships field includes athletes from a record breaking thirty different nations, including representatives from Brasil, Japan and Peru.

This year, with more than 50 men starting in the Elite and U23 race, the quality of the field has taken another step forward. Seaside resort Kijkduin, located in the southwestern part of The Hague, combines the superb facilities of an international city with a beautiful environment embodied by the ocean and dunes. Athletes will face unique challenges on the course, with the ocean start known for it’s choppy surf, followed by bike and run trails on soft sand.

Elite Women’s Preview
US-based Lesley Paterson (GBR) took out the ITU Cross Triathlon world title in the USA last year and is the woman to beat. She will face the fierce competition of the 2012 European Cross Triathlon Champion Helena Erbenova (CZE), who has the advantage of already knowing the course. Erbenova is also the reigning ITU Winter Triathlon World Champion and has won XTERRA races in Greece, Switzerland and France this year.

Then there are Jacqueline Slack (GBR) and the experienced Renata Bucher (SUI) who divided the majority of titles in XTERRA World Tour races amongst each other this year.

Others to watch include Spain’s Zurine Rodriguez, who competed at the London Olympics, and the home favorite Maud Golsteyn, who finished third in last year’s European Championships.

Elite Men’s Preview
South African’s Conrad Stoltz, nicknamed The Caveman, is an icon in the world of cross triathlon. The two-time Olympian won his first XTERRA World title in his rookie season back in 2001 and successfully defended it the following year, as well as in 2007 and 2010. He went on to win both the ITU Cross Triathlon World Championship titles in 2011 and 2012. This year he is back to defend his crown as the king of cross triathlon.

However, Stoltz might not have it all his way in The Hague, with a very tough field lined up including Spain’s, Victor Manuel Del Corral Morales who knows the course and is a very strong runner that can strike in the last kilometer of the race. Belgium’s Kris Coddens is tipped as one of the favorites by the Dutch organization. “He’s a beast on the beach,” says race director Martin Vermeer, who saw Coddens last year when he had the fastest bike split at the Den Haag ETU Cross Triathlon European Championships.

Ben Allen of Australia is also a strong threat, as he has already won five World Tour events this year and showed he can beat everyone. Former mountain biker Ruben Ruzafa (ESP) was the youngest XTERRA World Champion in 2008. He is back on track winning the race in home country this year.

The elite men will take off at 3:30pm local time, while the women will start at 4:10pm. For live updates, follow on twitter at @triathlonlive. 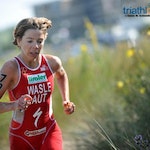 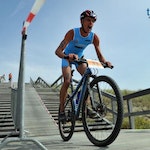 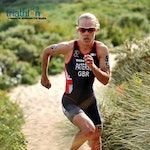 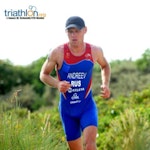 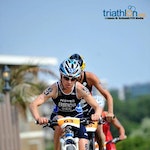 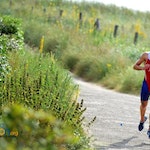 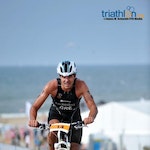 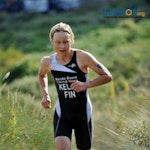 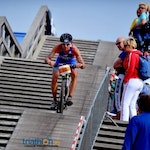 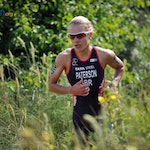 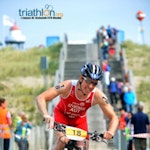 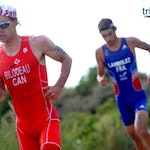