Alberte Kjaer looks ahead to the next breakthrough in 2022 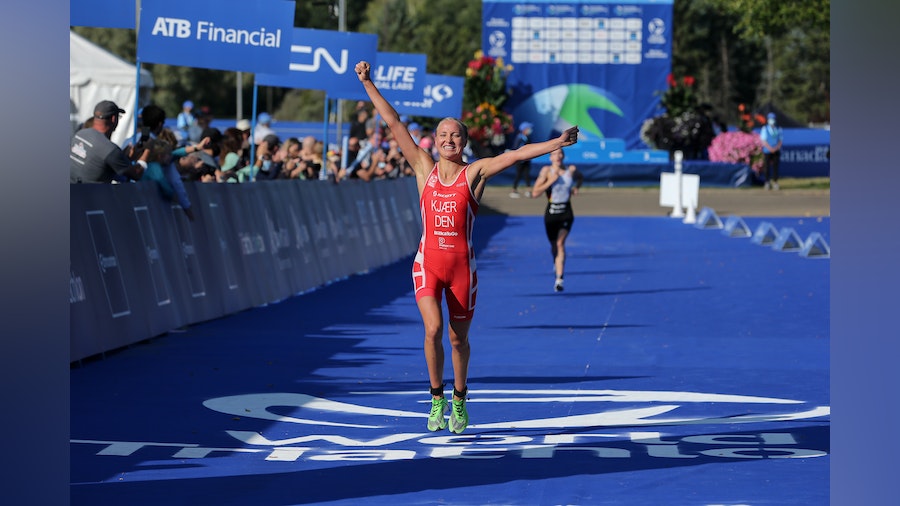 The 23-year-old Alberte Kjaer Pedersen is ready to make a big impact over the coming Paris 2024 Olympic cycle, building on strong results in 2021 that included victory at the Huatulco World Triathlon Cup and a fine podium for the Denmark Mixed Relay Team in Hamburg last September, a big improvement on their 17th-placed finish three years earlier.

Fresh from winter training in Lanzarote, Alberte and Brazil’s Miguel Hidalgo are the latest guests on the World Triathlon podcast mini-series profiling some of the breakthrough talents hitting the biggest start lines in 2022. You can listen to the full episode on Spotify, Apple and Google platforms.

—
“The national coach actually told me I was pretty close to the Olympic qualification and if I had a good performance in Huatulco, and everything just played out, then maybe I could get to the Olympics. So I was just thinking I definitely had nothing to lose, but everything to win. I didn’t go but it was okay. Until I was watching… then I really wanted to!”

A former Youth Olympian at Nanjing 2014, that trip to China was a formative experience and kicked off what would become a running theme of juggling study and sport for Alberte Kjaer. Heading into 2022, she knows that her final dentistry exams won’t come until mid-June, just as most of her fellow athletes are focussing every ounce of energy into their season. She does, however, see pros and cons to being passionate about two such apparently opposite subjects.

“I think a weakness is that I don’t want triathlon to be the one thing in my life. But at the same time, it’s also my strength. I’ve told myself it will be okay to take one year off from school sometime if I’m doing really well in racing.”

Alberte had been coping with a mystery injury to her left leg for three years before finally getting the diagnosis and being operated on at the end of 2019. The surgery took a vein from her arm and inserted it into the leg, and after eight months of recovery, the pain had finally fully disappeared. Now, she feels in the best shape of her life.

“I couldn’t see, and I couldn’t tell exactly where the pain was or exactly how it felt. I’d stop training for a few days and it would go away, but come back again. Then we figured out that there was only 60% of blood flow to the leg. So I missed out the first half of the Olympic qualification period and knew I just had to be patient, to trust the process.”

Being with the same coach for over ten years, the duo have been working on Alberte’s swim to help her use her bike and run to their best ability. Seeing the progression made by the athletes from neighbouring Norway could spur on the Danish effort to see four athletes and the Mixed Relay team through to Paris 2024.

“We are a really small Federation for the short distance races, so right now we are not that strong, but hopefully there are some juniors coming through. We just got a new national coach and I hope he will figure something out and make a good progression in the sport for the next couple of years…  collect us all and get us into one bubble so we know each other and we can motivate each other and we can help each other at different ways.”

As for the Mixed Relay performance in Hamburg and hitting the podium with her Danish teammates, there was more than just the performance and the medal to be pleased about.

“I have always, always dreamed of having that big Erdinger (beer) glass,” she says. Motivation comes in many forms.

You can listen to the whole interview below.