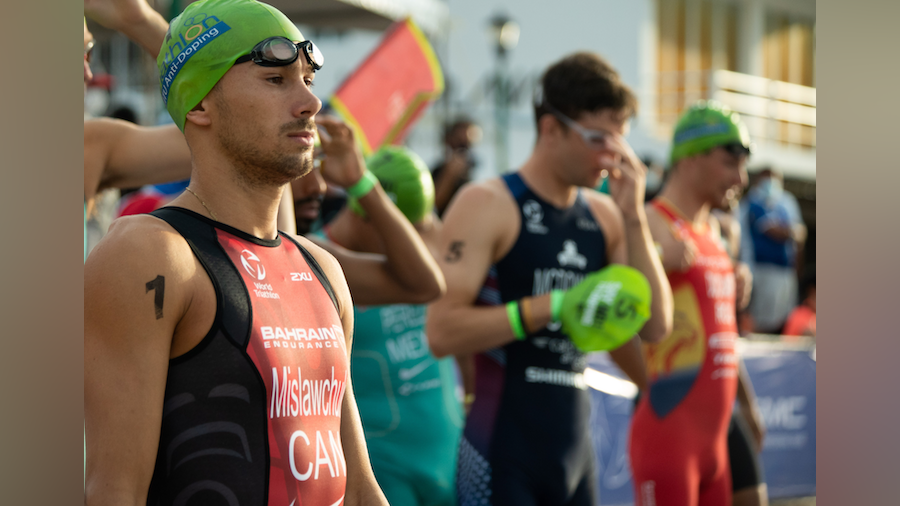 After 18 months at the mercy of international travel restrictions and uncertainty, Canada’s Tyler Mislawchuk is now ready to hit Tokyo and the final stages of his Olympic preparations. The period may have begun with quarantine in the basement of his parent’s home and ended with considerably longer on the road in training camps than expected, but after June’s latest victory in Huatulco, the end result looks like just where he wants to be.

“I haven’t been home in 14 months because of restrictions, living out of one suitcase. I dedicate my whole life to this,” said Mislawchuk after the final race of the Olympic Qualification period for which a very specific tactical plan had been set up with Team Canada Mixed Relay partner Matt Sharpe. “We set up the race kind of how we want to do in Tokyo, off the front, control the race and rip a quick run.”

From ‘emptying his soul’ in Hawaii to the raw heat of Phoenix, Arizona, the latest training blocks have been as tough as they need to be to feel ready for the multiple challenges of the Tokyo 2020 triathlon. With high air and water temperatures expected, oppressive humidity, the wind whipping off the bay through the high rise buildings and the unique pressures of the biggest race of his career to date all playing a factor, hitting the start line on 26 July knowing every detail has been covered will be invaluable.

“Training in Kona for about four months, it was 30 degrees every day, 80% humidity. I shaved my head because of it, but perfect conditions for training for Tokyo. That’s what it was all about this year. We spent 10 days approximately (in Phoenix) and it was 41 degrees Celsius when I did the sessions. So,  you know, standing in Lisbon in 22 degrees going; ‘oh man, this is freezing’ shows that the heat acclimatisation has definitely worked.”

The World Triathlon Cup Lisbon was in fact the 26-year-old Canadian number one’s first race back on the blue carpet in over a year and was severely hampered with a puncture, but redemption quickly followed with that imperious execution in Mexico. There were echoes of his Test Event win back in 2019 in the Tokyo heat, too.

“I went in to Tokyo with this laser focus on exactly what I wanted to do but it was a bit of a shock. In WTCS Montreal (where Mislawchuk won a first Series bronze) I suffered every moment of that race, it is probably the deepest I have ever dug, while in Tokyo it was all a bit of a blur and I didn’t really know what happened in that sprint finish. A few weeks before both events I remember saying to my coach ‘these races are going to be good’. I don’t say that often, but for some reason those were the two races I thought something special was going to happen.”

As for his chances of winning Olympic gold, there can be no doubt that the self-belief is not only there, but quite possibly running higher than Mislawchuk imagined it could be before that Test Event win.

“I’m preparing as if I want to win the race and I think anyone not doing that, then they’re probably, not in the right mindset. If you don’t believe you can, then you never will. Tokyo suits me. I’m a small guy, I do well in the heat and that plays to my strengths. It makes for a tough race and you can ask anyone, it changes the dynamic of any race.”