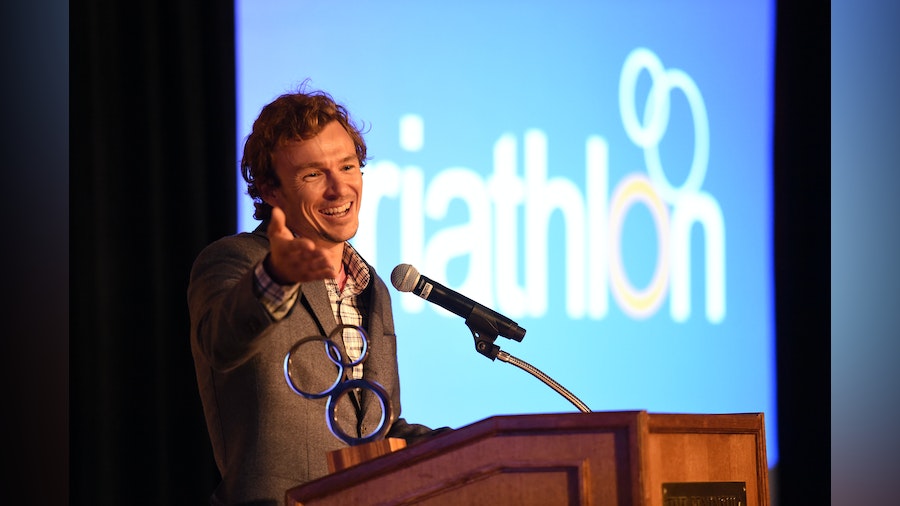 The Sydney 2000 Olympic Triathlon Champion Simon Whitfield was inducted into Canada’s Class of 2019 Olympic Hall of Fame on 23 October during a ceremony in Toronto.

Born 250km east in Kingston, Ontario, Whitfield’s four Olympic appearances and two medals make him one of the most decorated triathletes in the history of the Games. It was at the sport’s Olympic debut in the Australian capital in 2000 that he won a memorable gold, recovering from a bike crash to take the tape by more than 10 seconds.

At Athens 2004, Whitfield finished in 11th place, before returning to the podium four years later to collect silver in Beijing at the end of a thrilling showdown with Jan Frodeno of Germany. The fourth and final chapter of the Canadian’s Olympic story came at London 2012, where he had the honour of being the team’s flag-bearer for the second time.

“I grew up dreaming of representing Canada at the Olympic Games, though I never imagined I would have the honour of wearing the maple leaf four times, winning two Olympic medals, and bearing the Flag,” said Whitfield when he announced his retirement from the sport in 2013 and was inducted into the ITU Hall of Fame in 2015.

A true icon of our sport and an example to the countless aspiring athletes who idolised him, entry into Canada’s Olympic Hall of Fame is yet another landmark moment in a remarkable life. It was left to one man who has taken up the challenge of trying to emulate his hero, Tyler Mislawchuk, to put into words what Whitfield meant to him; “Simon didn’t just talk about the relentless pursuit; he lived it, evidenced by his ability to remain at the top of his sport over two decades. I am extremely honoured to call Simon an incredible athlete, mentor and friend.”