A gutsy run from Richard Murray secured the South African his first-ever Olympic distance WTS gold at the AJ Bell World Triathlon Leeds on a steamy Sunday afternoon in the north of England. Murray put down the hammer on the first lap of the 10km run to carve out what proved to be an unassailable lead despite the best efforts of race no.1 Mario Mola. The Spaniard finished second after pulling away on the final lap from Vincent Luis of France who took the bronze.

“During the swim today I actually thought I should retire from triathlon,” said a smiling Murray after the race. “I was way behind the pack in the swim, it was really tough. But during the bike I started feeling better and by the run I felt pretty good”.

“I always look back too soon so this time I just wanted to focus 100% on my race, and I’m delighted with my first win over the Olympic distance.”

To nobody’s surprise, it was once again Richard Varga (SLO) who emerged first from the two-lap, 1500m swim on Waterloo Lake. More surprising was that Jonathan Brownlee (GBR), Henri Schoeman (RSA) and Aaron Royle (AUS), all struggled to come to terms with the second lap and found themselves almost 15 seconds behind.

After one of his better swims, Mario Mola (ESP) was also well-positioned, but some trouble with his shoe in transition saw the Spaniard fall back further, while France’s Pierre le Corre strode out of T1 and mounted his bike in front as the athletes snaked out of Roundhay Park for the point-to-point section of the cycle.

With a train of 13 men working hard over those first kilometres of the bike course, the faster sections really allowed the athletes to gather up some momentum and hometown hero Jonny Brownlee was among those looking comfortable sharing the load alongside Henri Schoeman and Leo Bergere.

Things slowed down somewhat as the city section came into view and the first of the seven passes through transition in front of the grandstands on Millennium Square as the leaders sought to avoid any congestion trouble on the testing technical section.

Aware of that, the chasing bunch only needed a couple of laps to swallow the leading pack. Henri Schoeman and Leo Bergere made their move and pushed for some breathing space, carving a 16 second lead only to then be swallowed back up by the likes of Richard Murray (RSA), Ben Kanute (USA) and Dorian Coninx (FRA). At the same time, the crowd was left speechless as their idol Jonny Brownlee dropped back and then eventually retired from the race.

By the time the leaders had negotiated T2 it was Richard Murray who had daylight out in front, and it was a lead that he never looked like wanting to relinquish. By the halfway point of the 10km the South African had nearly 20 seconds over Mario Mola who himself found the strength to pull away from Vincent Luis. From there on, that was how the race lead played out, and Richard Murray shrugged off the Mola pressure and took the WTS tape for the first time over the Olympic distance.

“I had a beginner’s mistake today,” said Mario Mola. “I Jumped on my bike and when I hit the pedal it hit the floor so I had to get down and fix it. Luckily I had a very good swim so I was able to get in the second pack. From then, I just kept working and today the effort paid off. Congratulations to Richard, he was really strong today. I really liked the course, it’s tough but I liked it.”

“I haven’t had a very consistent season until now,” said Vincent Luis. “I was on the podium in Abu Dhabi then I had a DNF in Bermuda, but I worked hard before this one and I’m happy with third so now I’m looking forward to the next races. The crowds were amazing here. Last year it was insane with Ali and Jonny racing, but even this year we felt so supported, I just want to thank the crowds for what they do for us.”

The full men’s results can be found here 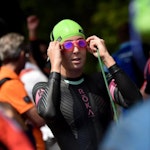 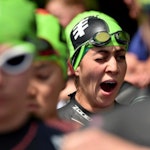 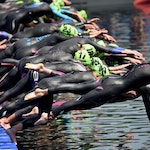 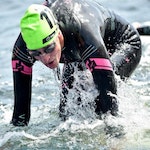 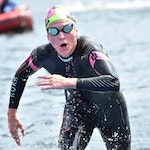 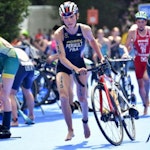 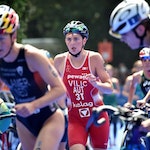 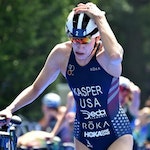 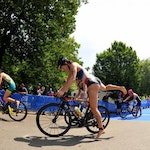 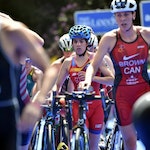 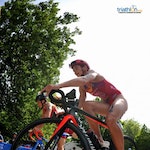 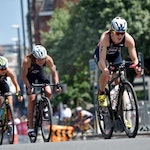